Microsoft has published an Xbox Wire update on the launch of the Xbox Series X. It doesn't have a lot of info to share in this new bulletin but the key piece of information is that the powerful next gen console will become available this November. In launch related news it also revealed that Halo Infinite won't make it in time, as 343 Industries needs more time to polish the game and the developers wish to avoid karoshi.

So, we have the launch month for the Xbox Series X pinned down. That is better than the 'holiday season' but we don't have a precise date, and the pricing is still a source of speculation. In the meantime, Microsoft is reminding us of both the promise of the hardware, and the software that it has lined up and the titles that are already available. 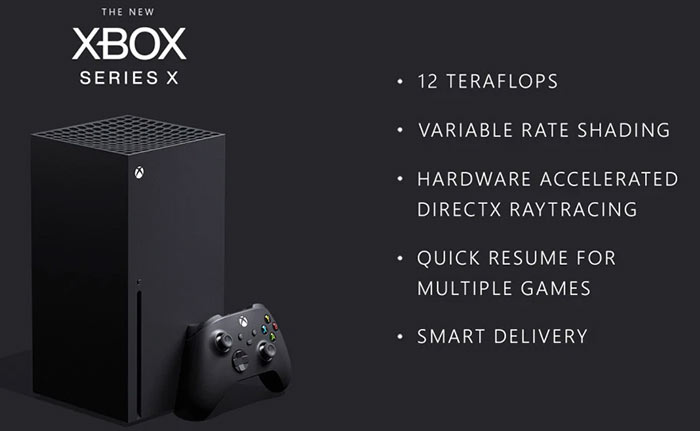 In hardware terms the powerful new Xbox features hardware-accelerated Direct X raytracing, framerates up to 120 frames per second, 4K visuals, HDR, faster loading times, and a Quick Resume feature for multiple games. On the software side there are >50 titles lined up for launch before year end which are optimised for Xbox Series X. Furthermore >40 popular games are being "optimised to take full advantage of Xbox Series X". On Twitter, Microsoft listed the Xbox Series X titles it has already announced for Xbox Game Pass. Established console gamers and retro gaming fans must also cast an eye on the thousands of games that will be playable thanks to four generations of backwards compatibility.

There has still been no official mention of the Xbox Series S.

Some thought the Halo Infinite gameplay reveal trailer a couple of weeks ago was rather lack lustre. It must have been a hard decision but like many before it, Microsoft / 343 Industries has decided to bite the bullet after the faint praise of its unveiling and add extra development time to polish the product.

In a blog post on the Halo site, 343 Industries says that the game will instead ship sometime in 2021. Multiple factors are said to have weighed in on the decision, not least the ongoing Covid-19 working impacts. "The extra time will let us finish the critical work necessary to deliver the most ambitious Halo game ever at the quality we know our fans expect," wrote Halo Infinite Studio Head, Chris Lee, summing up the situation.

A Monster Energy drink contest is giving away 200 consoles in the USA and in the small print says the prize fund retail value is $11,998.