HEXUS has reported upon news and rumours concerning a second cheaper entrant to the Xbox Series series of consoles a number of times previously. Now some very good hard physical evidence of the Xbox Series S, AKA Lockhart, has been discovered. Various Twitter users seem to have bought new Microsoft games controllers that are designed for "Xbox Series X|S," according to the product packaging. Tech site The Verge, says it can confirm the photos/packaging shots are genuine. 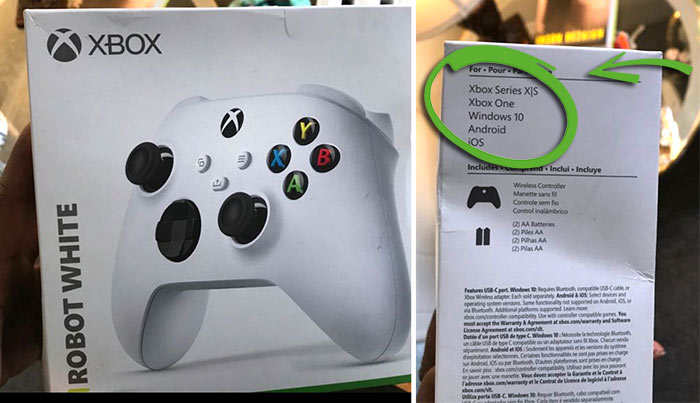 As you can see in the pictures above and below, this is the new design controller we saw officially showcased by Microsoft in March, but here in 'Robot White'. In one of the Tweeted images the controller is unpacked and sat next to a current design Xbox One X/S controller, highlighting the major differences; the new 'hybrid' D-Pad, and the new Share Button. One difference you might not see in any of the images shared is the new texturing to the triggers.

Back in June we covered some news relating to launch time and specs for the Microsoft Xbox Series S. The latest information indicates that this lower priced next gen Xbox will feature 7.5GB of RAM, offer around 4 teraflops of GPU performance, and ship with the same CPU cores found on the Xbox Series X. Another spec cut is that Lockhart is expected will be a diskless SKU. It will target next gen gameplay at 60fps 1080p. 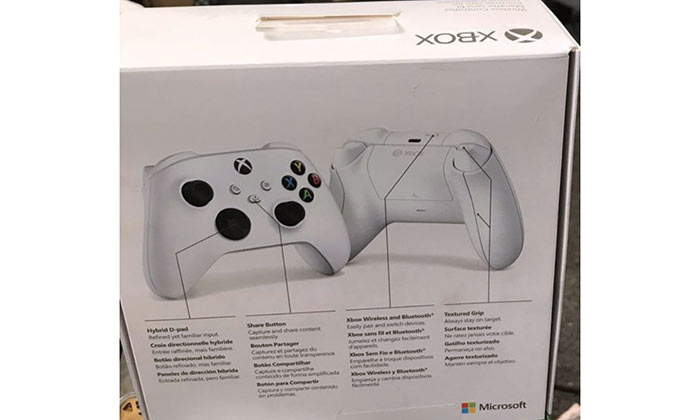 The Verge says that Microsoft will unveil the Xbox Series S later this month and it will play a big part in bundles with its Xbox All Access subscription plans. In essence Microsoft will borrow the phone and network contract business model - with a console and subscription for one monthly fee.

So now the X And S
Posted by CAT-THE-FIFTH - Mon 10 Aug 2020 18:32
Its X-S-ive.
Posted by jimbouk - Mon 10 Aug 2020 20:57
Forward compatibility of the existing controllers is a real bonus for the Xbox I feel. If you've got RRP £100+ of controllers kicking around on the current gen then being able to continue to use them for new releases if a massive money saver, especially if you have multiple games (kids) in the house. Can't imagine that many of the non first party PS5 releases would actually take full advantage of the new controller - how many actually used the middle pad beyond just one or two buttons?