Last week there were a number of leaks and teases with regards to an Xbox console and controller featuring Cyberpunk 2077 styling. Just ahead of the weekend Microsoft went official with the product information, revealing the Xbox One X Cyberpunk 2077 Limited Edition Bundle.

If you like the cyberpunk design and motifs of the upcoming highly anticipated video game the new console will probably appeal to you. The only question is, however much this may please the eye, do you mind having something with such a strong visual appearance stood next to your other home media devices in the longer term? Especially as the new Xbox has a 'glow in the dark' paintjob. Elsewhere the design features laser etchings and a 'roadworn' appearance, an LED light, and several custom panels - this isn't just a lick of paint. 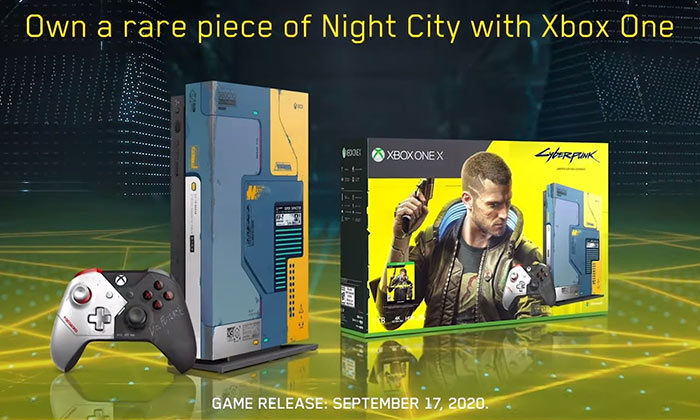 The controller, which was one of the first things leaked, is very visually strong, with two tone finish, scuffs and scarified finish and so on. Apparently the controller will be available separately too - which is great for fans who have already got a console. 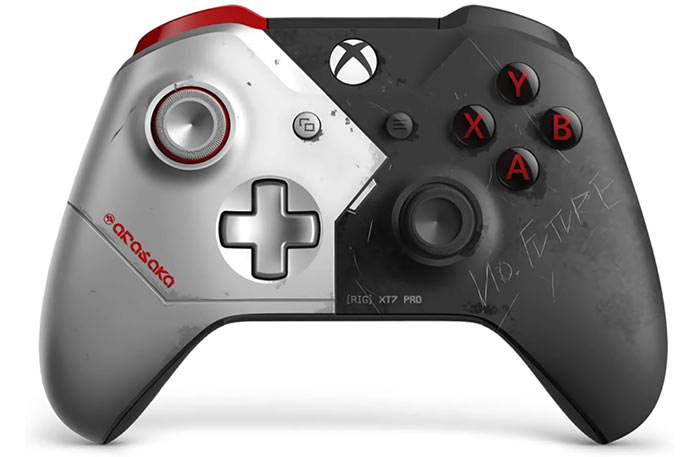 In summary this Microsoft Xbox One X Cyberpunk 2077 Limited Edition Bundle will pack in the following:

The console will become available from June this year but of course you won't be able to play Cyberpunk 2077 on it until 17th September. Hopefully that date won't be pushed back further, the game originally was scheduled for release this month. We don't have any official pricing for the limited edition console pack or standalone controller SKUs. 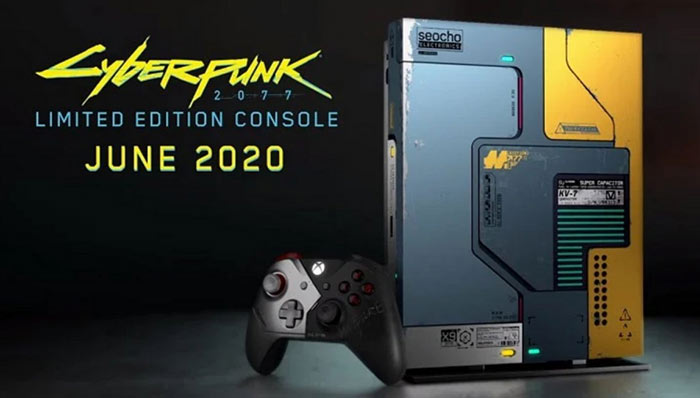 Like all consoles?
Posted by Output - Mon 20 Apr 2020 12:52
It doesn't seem wise for anyone to bother with a limited edition version of a console at this late stage, with the next generation being imminent.
Posted by Caimbeul2000 - Mon 20 Apr 2020 13:16
Agreed, a series X version maybe but not current gen. Especially seeing as the game wont even be out until September (pending any further delays)
Posted by markzero - Mon 20 Apr 2020 13:21
While you're waiting for the game, you can pretend it's related to CL4P-TP.

I think I'd put torn-off electrician's tape over the “ИO. FUTURE !” on the controller, for an extra bit of realism.

Great way to clear out some hardware inventory. Xbox Series X is still reportedly coming at the end of the year.