You are here:
Hardware Graphics News

The technical arm of Eurogamer, known as Digital Foundry, says it has "independently verified the source" of some detailed next gen console AMD processor information uncovered earlier this year. It reckons that an operative working at AMD's ASIC validation department "used GitHub to store fragments of internal testing data from a range of work-in-progress Team Red projects". The data stored includes tests of next-gen desktop and mobile Ryzen APUs as well as some deep-dive testing of the PS5 chip, codenamed 'Oberon'. The Xbox Series X processor is less thoroughly leaked but Digital Foundry believes it has the key specs of the 'Arden' chip likely to be used in Microsoft's next console. 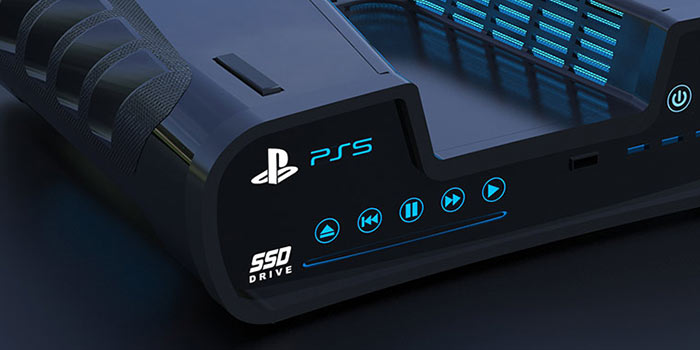 Below you can find summary tables and comparisons of the upcoming PS5 and Xbox Series X destined AMD SoCs. I think it is especially useful to remember the specs of the Radeon RX 5700 XT GPU as you pick through the tables. AMD's current top discrete Navi GPU boasts the following key specs: 40CUs, 2,560SPs, base/boost of 1,605/1,905MHz, 9.75TFLOPs compute, and 8GB of GDDR6 providing 448GBps bandwidth. 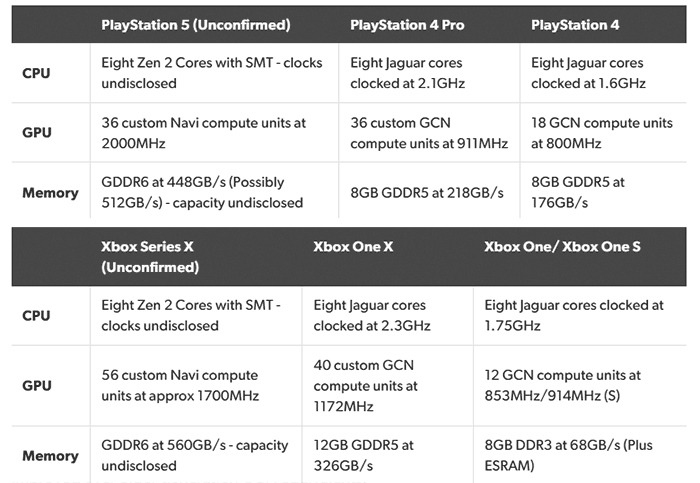 Both the systems use a processor based upon an octa-core Zen2 based architecture with SMT but you can see they diverge quite sharply in the GPU department. The Microsoft console has about a third more CUs than the Sony machine if these leaks prove to be correct. If this is the case Microsoft's strategists must have gone all-out for premium performance with the costs that involves. Perhaps it is gambling that gamers will gravitate to the more expensive platform and won't be too price sensitive. One must also remember that there are indications that Microsoft is producing a series of next gen Xbox consoles, at least two we think, the top-end Anaconda, and cheaper Lockhart. 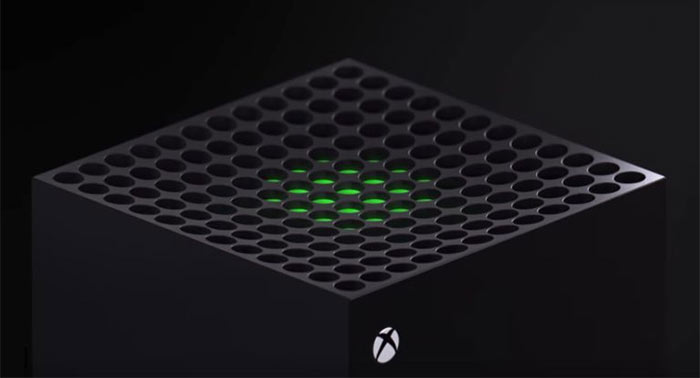 The significantly more powerful AMD SoCs glimpsed in these leaks are expected to have even more attractions up their sleeves. There are multiple indications that they will also include support for raytracing acceleration in hardware. Other goodies within these custom gaming SoCs could be waiting to be uncovered too. Lastly, consoles also have an advantage over PCs in squeezing more performance out of what they have under the bonnet. It is going to be interesting to see what Microsoft, Sony and their developers can pull out of their hats to proclaim 'behold next gen gaming' in 2020.

It'll be a serious die, definitely bigger than radeon 7 (unless it's a bunch of chiplets, which would be even more interesting)
Posted by Usernamist - Tue 31 Dec 2019 17:00

Xlucine
Sounds like the iphone X of consoles. Not a bad idea, I can see a space in the market for a premium console.

Have you been living under a rock? There already is a premium console market, and you confused the iphone 11pro with the X lmao