The Microsoft Surface Duo was released back in September last year – but it seems so much older than that – probably because it was unveiled almost a year previously and even at that time its supporting specs were quite pedestrian for such an expensive device. In recent months the Surface Duo has been deeply discounted in the US, to become a much more reasonable proposition, and I've recently seen it as low as $549 via AT&T (originally launched at $1,399). 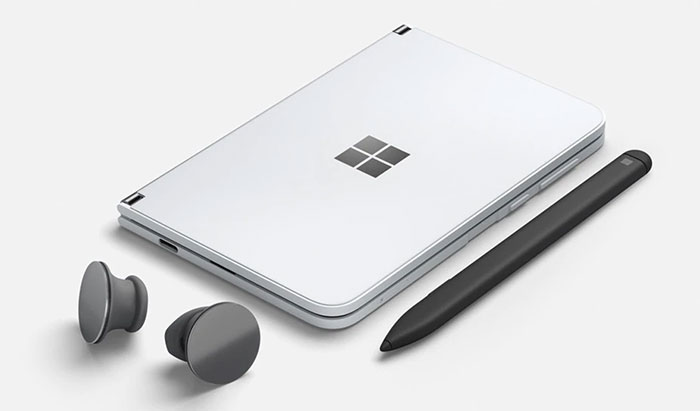 Now there are convincing reports that Microsoft is working on the Surface Duo 2 and it isn't long until we will see the fruits of its labour. Windows Central editor Daniel Rubino has taken to Twitter to assert that the "Surface Duo 2 is going to happen later this year". Key inside info points to the refreshed device offering "flagship smartphone" specs, as well as holding onto its signature dual-screen form factor. However, there is still concern about the OS and software helping make the dual-screens a compelling option.

The associated report on Windows Central says that the Surface Duo 2, codenamed Zeta by Microsoft, will likely launch in September or October this year. Those interested should expect an evolution of the older design, with Microsoft finally embracing the fact that this is a phone, and deciding not to look like a poor relation with regard to the underlying specs. Thus we should expect a Qualcomm SD 888, 5G, lashings of RAM and fast storage, NFC, and a "competent camera system," reckons the source report. 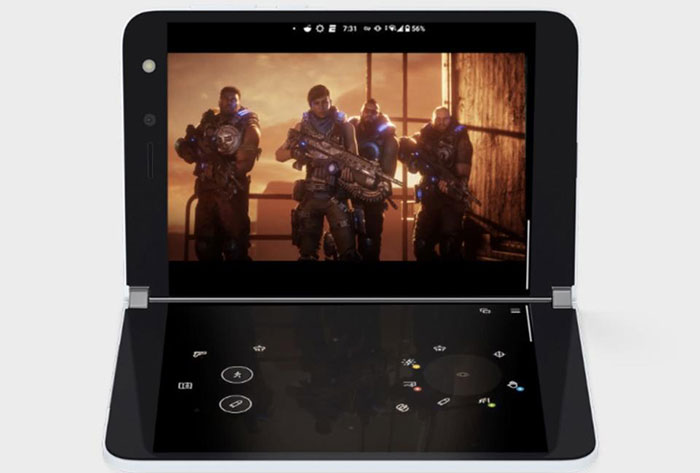 Some patent documents have hinted that Microsoft might add a kickstand to the Surface Duo 2, but this isn't going to be the case this time around, according to the source report. Last but not least, the device will ship with Android 11, it is said, at a time when Android 12 will be starting to be released for Pixel devices. Hopefully the Surface Duo 2 rollout will be more globally inclusive, and the pricing won't get out of hand with those premium performance components inside.

In all honesty I'd happily buy a microsoft based android phone (although I'd prefer a MS based OS) if it was a single screen (ie like a normal slab, I just don't like dual screen phones.
Posted by Zhaoman - Thu 10 Jun 2021 15:28
If true, and depending on reviews, it might be this or the Samsung Fold3 for my next phone.
Posted by excalibur1814 - Thu 10 Jun 2021 21:19
Some of the articles at ‘Windows Central’ are pretty terrible. I cannot recall the exact article, but it was basically an apple marketing post and at that point I'd had enough. Closed my account.
Posted by Spud1 - Fri 11 Jun 2021 09:50
It's surprising that they have kept the two screen approach with a hinge in the middle, rather than going for the single screen approach like Samsung et al.

I've had a Fold 2 for about 9 months now and i've realised that having two screens on a phone actually isn't all that useful in the real world. Once you get past the “honeymoon” phase of trying to run apps side by side, multi tasking etc…you realise that you just don't need to - phone OS's are already optimised these days for easy app switching and it just isn't worth the hassle in most cases. There are a very minor exceptions (MS teams works great in this mode, as does outlook) but in most cases it just isn't worth it.

What IS really useful, and a key selling point for foldables to me, is the ability to have a large screen that you can open up which effectively replaces your tablet. I almost never touch my tablet now and just use my fold in place of one…I am using the outside single screen for most tasks and then open up if i want to watch a video or something…the crease is not an issue and is close to invisible when watching content, and is hugely preferable to a bit hinge without any screen.

The dual screen devices like this with two entirely separate screens just don't seem all that useful at this sort of size - 5 years ago, sure that would have been amazing but Samsung/Huawei/etc have shown us just how much better foldables are.

The Neo however could be different, as the larger you go the more useful a dual screen setup would be (and the less useful the unfolding becomes, as you already have a tablet sized screen)..but even that is a bit behind the times now imo.