Motorola has unveiled its revamped Razr smartphone. The new foldable is distinguished in name by the simple addition of a 5G suffix, however much more than that has changed, buyers of the new device will benefit from a faster processor, more RAM/storage, better cameras, and a $100 cheaper launch price too. 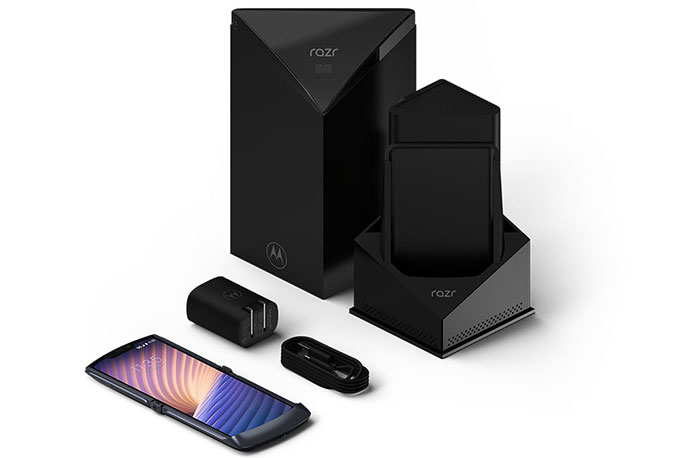 HEXUS had hands-on time with the reimagined Razr last year, and you can read about that here. As tech marches on Motorola have been able to bring quite a few improvements to its handily sized foldable smartphone. This new Moto Razr 5G isn't a tech titan in a flagship challenging way, but is rather a 'design first' creation, so keep that in mind when you look at and are perhaps unimpressed by the raw tech specs, which you will find bullet pointed below: 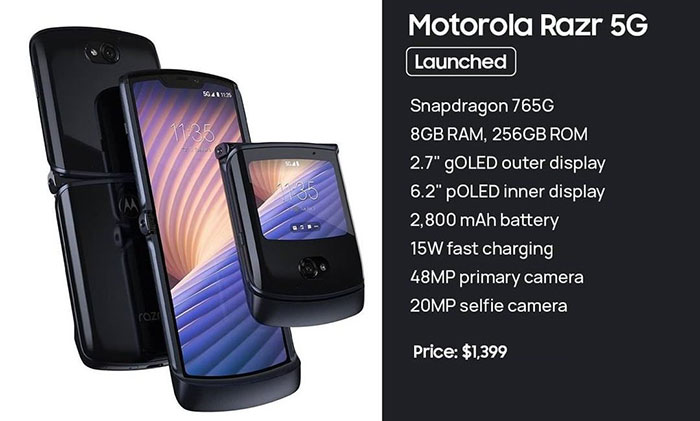 With the above specs in black and white, I will now highlight the similarities and differences between the Razr 2019 and the new 5G model. First of all, the older model was powered by the SD710 and only came with 6GB RAM and 128GB of storage. All those specs have been significantly improved.

The screens don't appear to be changed much at all. The outer/inner dimensions and screen types seem to be the same. It is noted that the updated design can run more apps on the smaller outer screen though. In additions to essentials like messages, calculator and calendar, Motorola has curated the likes of YouTube, Google News, Google Home, and more for outer screen usage. 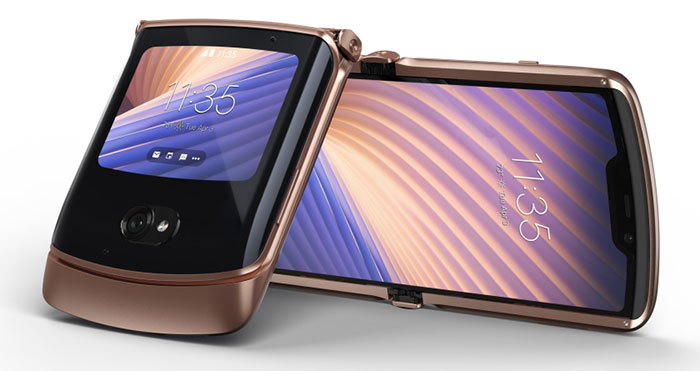 Motorola has beefed up the screen hinge, it says, which is said to be good for 100 flips a day for over five years (200,000 flips). Other physical things you should consider about the new device is that it is marginally thicker when unfolded 8mm vs 6.9mm but smaller in other dimensions. It is about 15g lighter too, despite the larger capacity battery (2,800mAh vs 2,510mAh). Moto now has included a rear mounted fingerprint sensor too, which some might prefer over the chin positioning of yesteryear.

The new main camera with 48MP is said to be a significant advancement on the 16MP one from last year. It uses quad-pixel technology so you will be getting 12MP images out of it by default, but with the greater light sensitivity that tech yields.

As the newest Razr, you can expect the (almost) latest version of Android to ship with it and this device ships with Android 10 which is mostly stock in appearance but benefits from some Moto customisations and shortcuts - gestures and Moto actions.

The Moto Razr 5G is coming to Europe, the US and China. US pricing is $100 lower than for the 2019 Razr foldable screen smartphone at $1,399 and it will be available 'this fall'. I don't have verified UK pricing and availability at the time of writing.

It doesn't matter what we think. It only matters what they are able to get away with forcing people to pay.
Posted by sykobee - Thu 10 Sep 2020 13:05
$1399 sheesh. Absolutely a design-first phone.

Still, waterproofing a flip phone with all its joints and hinges, that's something I guess.