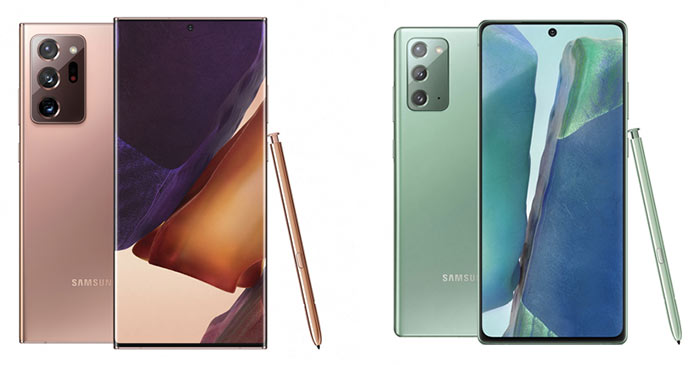 Before reading further into the descriptive detail, take some time to peruse the raw tech specs that I have summarised below. With these specs in mind we can then discuss the finer points of these devices and the new gestalt Note20 experience. 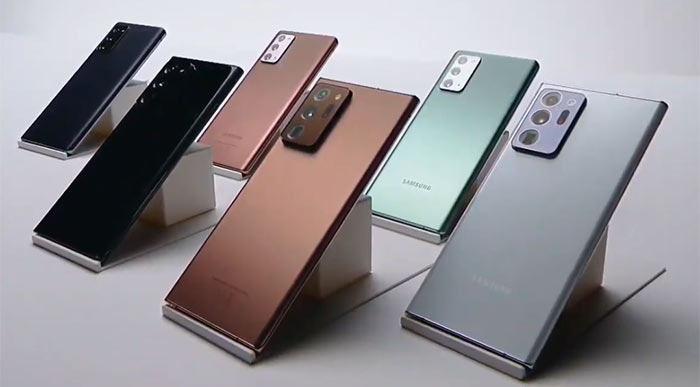 As is commonplace with a Note launch we are seeing the "Mightiest S Pen Yet". The new S Pen is said to offer a significantly reduced latency (9ms), providing users with a more fluid, immediate and natural drawing experience. This is even more evident with the Note20 Ultra with its 120Hz display, says Samsung.

The S Pen's off the screen control powers have been enhanced too. Now, the five so-called 'Anywhere Actions' can navigate and interact with the phone's content with customisable gestures for; Back, Home, Recent App, Smart Select, and Screen Write.

Expanding the appeal and usefulness of the central Note taking functions Samsung has implemented auto-syncing of notes across mobile, tablet and Windows PCs, for anywhere notes access, with more note taking, editing, and managing features than ever before. Closer integration with Microsoft Office apps (including Outlook and OneNote) further extends the usefulness of Samsung's Note20 line. I work have previously worked a lot with PDFs, so the ability to "annotate and highlight PDFs in Samsung Notes app," in this latest version would have been appealing.

Last year we saw the reintroduction of pairs of Galaxy Notes launched simultaneously but the new Note20 devices are more similar in size than last year's models. The standard Galaxy Notye20 has a 6.7-inch screen, significantly up from the 6.3-inch diagonal of its processor and not very far off the larger Note 20 Ultra's 6.9-inches. That isn't the only difference between these new Note20 devices though, the Ultra's screen has curved edges as well as the faster max refresh rate (120Hz vs 60Hz).

Earlier today HEXUS reported upon the news of the Xbox Game Pass Ultimate getting a cloud gaming boost from 15th Sept. Samsung says that its new Note20 devices offer an optimised cloud gaming experience. Particularly the Note 20 Ultra with its 240Hz touch sampling rate. Pre-order customers can choose a gaming offer with a wireless charger plus wireless game controller with 3 months of Xbox Game Pass Ultimate, or a pair of Galaxy Buds+ earphones. 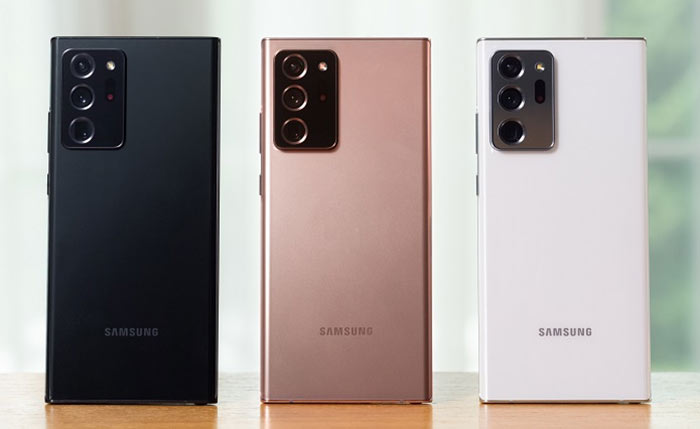 The Galaxy Note20 series will be available in select markets starting 21st August, 2020.

QuorTek
Qualcomm Snapdragon 865 Plus octacore at 2.84GHz,
with Adreno 650 GPU
Exynos 990 in Europe and India

Why we get that in EU/India is it better or worse?!? either way it is very missleading what are we buying?

QuorTek
Why we get that in EU/India is it better or worse?!? either way it is very missleading what are we buying?