Samsung has launched its new Galaxy M31 smartphone in the UK. The new device offers a trio of particularly strong features (camera, battery, screen) that could make it a hit in its target segment and price bracket. In brief this 6.4-inch smartphone comes with a 64MP quad camera, a long-lasting 6,000mAh (typical) battery, and a vivid super AMOLED Display, for £245, available from 1st June. 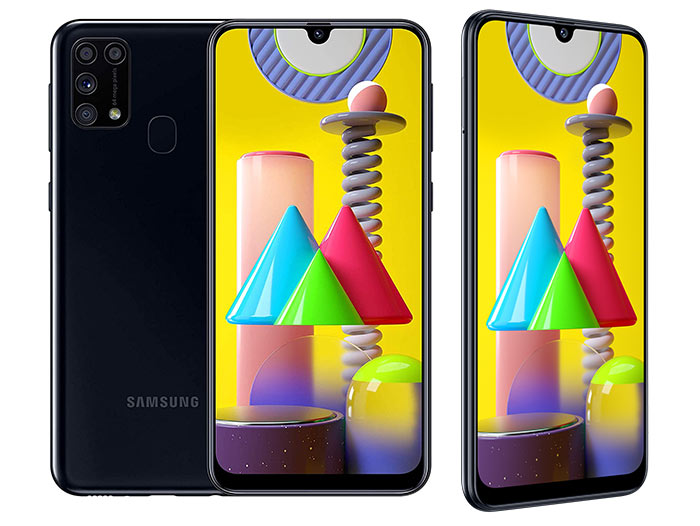 "The Galaxy M series has proved extremely popular around the world and its newest addition, Galaxy M31, is set to continue that success," said Conor Pierce, CVP of Samsung UK & Ireland. "The M31 brings innovation to where people want it most; a beautiful display, powerful camera and huge battery life; and all this at a very accessible price point."

The smartphone market is pretty crowded in general, so to make an attractive new device that will gain traction must be rather hard for companies. In the price bracket we will find the Galaxy M31 there will be lots of powerful lesser known branded handsets as well as flagships from a year or two back. The headlining trio of features trumpeted for the Galaxy M31 do sound very appealing, but it is worth a look closer.

Starting with the cameras, a feature set very important in many buying decisions; the main (rear) cameras of the M31 are in a lozenge shaped array alongside a flash unit. Samsung has fitted a 64MP f/1.8 main camera, augmented by an 8MP f/2.2 ultra-wide (123°) camera with PDAF focussing, a 5MP f/2.4 macro camera, and a 5MP f/2.2 depth camera. Some might prefer a telephoto camera to reside among the array, and I always look for OIS when I am buying a smartphone, which is lacking here. On the front you have a 32MP selifie cam peeping from the Infinity U notch. 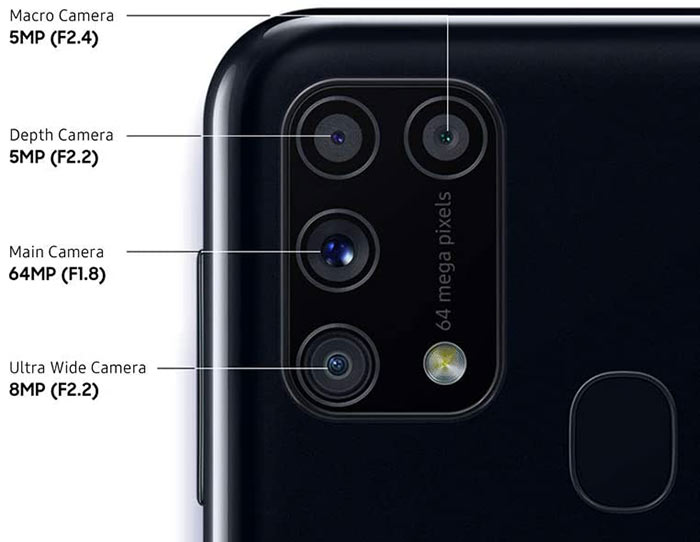 The practical quality of these cameras is harder to determine without some hands on third party inspection. Happily, the Galaxy M31 seems to have already been released in India and the Philippines, so you can dive into quite a few English language reviews on YouTube, like this one from Geeky Ranjit.

Moving on, the next claim to fame for the Galaxy M31 is the battery. At 6,000mAh this is double what you might get one some flagship smartphones and combined with the mid-tier processor (comparable to an SD730) and FHD+ AMOLED screen - battery life should be even better. Samsung doesn't quote any battery metrics like call time or screen on time but you should be good for a busy couple of days use. A 15W fast charger is provided to allow you to top up the battery as required. 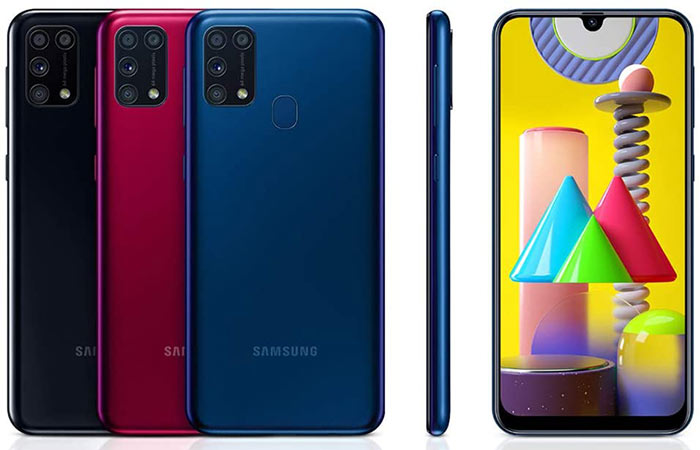 Another big appeal of this sub £250 smartphone is likely to be the 6.4-inch FHD+ Infinity U Super AMOLED display. These kinds of smartphone displays have a good reputation for vibrant images and deep blacks and may also save power due to the technology used (especially when lots of the screen is black).

As mentioned in the intro, this smartphone is released on 1st June in the UK. In its email Samsung said it will be an Amazon UK exclusive here and it is currently priced at £245 with a pre-order price guarantee.

I'd hate to have my finger canned! :/