Smart device maker Xiaomi is readying a global version of its Mi CC9 Pro smartphone for global markets which will, according to various reports, be called the Xiaomi Mi Note 10. The new premium Mi CC9 smartphone will be launched in China in a week's time, but we already know a few interesting details. Xiaomi has been teasing the Mi CC9 Pro / Mi Note 10 in the runup to the launch, and a matching device by codename M1910F4E appeared on TENAA with a few specs attached. 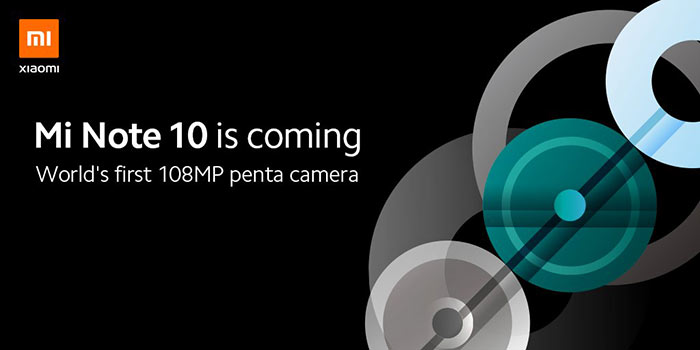 One of the headlining qualities of the Mi Note 10 will be its penta-camera system. As you can see in the official promo graphic reproduced above, via Xiaomi Twitter. The Xiaomi Mi Note 10 will be the world's first penta camera smartphone, claims the Chinese tech firm. Moreover one of the embedded cameras will sport a 108MP sensor. In the accompanying text Xiaomi went into hyper-bole-drive, claiming "a new era of smartphone cameras begins now!"

So, what else do we think we know about the Xiaomi Mi Note 10? According to the TENNA certification body in China, assuming the Xiaomi M1910F4E is indeed a version of this phone, the Mi Note 10 will be built around a 6.47-inch FHD+ OLED display. This 208g device measures 157.8×74.2×9.67mm, with the compensation of the large screen and good capacity battery (5,170mAh). Lots of colour choices will be available. 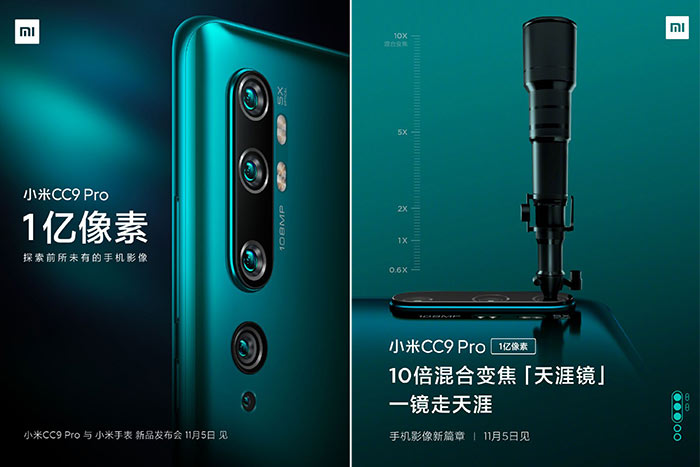 Further details shared by those in the know, like GSM Arena, are that the Mi Note 10 will come in three RAM options - 6/8/12GB, and three memory configurations - 64/128/256GB. Another key component inside is sais to be the Snapdragon 730G processor with two Kryo 470 Gold cores at 2.2GHz, and six Kryo 470 Silver cores running at 1.8GHz. This source shone a little more light on the penta-camera system, saying that one of the units has a 5x (optical zoom) telephoto lens.