As expected, Samsung launched its new flagship Galaxy Note devices at its Unpacked event in Brooklyn yesterday evening. There are three Galaxy Note10 variants, the regular Note10, the Note10+, and the Note10+ 5G. Highlights of these large do-it-all smartphones include the 6.3- and 6.8-inch Infinity O screens, in-screen fingerprint sensors, fast and powerful hardware, IP68 ratings, excellent cameras, decent capacity batteries, Samsung DeX, and a gesture-sensitive S Pen. However, the 3.5m headphone jack has been removed, and the power button doubles as a Bixby button (long press).

"From the very beginning, the Galaxy Note has stood for the best-of-the-best technologies and features," said DJ Koh, President and CEO of IT & Mobile Communications Division, Samsung Electronics. "The Galaxy Note10 re-imagines this promise for the modern Note fan who uses their smartphone to take their productivity and creativity to the next level, and who effortlessly flows between ideas and endeavours at a moment's notice". Thus the new Note10 is claimed to do anything you might realistically wish to do on a mobile device "faster and better".

For the first time ever buyers get a choice of their Galaxy Note10 size. The regular Note10 is another first - it is actually a little smaller than its predecessor (6.3-inch screen vs 6.4-inch). However the Note10+ counterbalances that with an expansive 6.8-inch display. Please note that unless otherwise stated the Note10+ is the same as the Note10+ 5G. 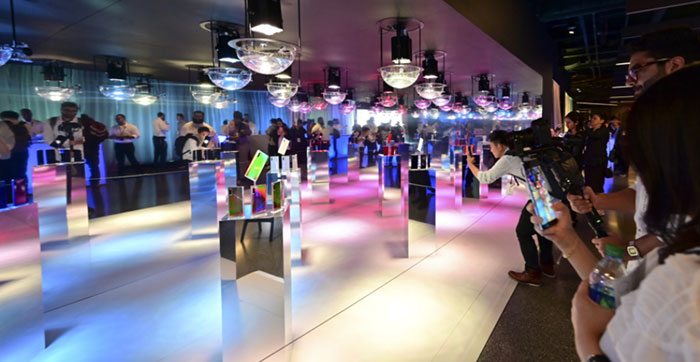 Samsung uses Super AMOLED Infinity-O HDR10+ certified displays on these smartphones, with the camera cutout central and proud, offering an impressive screen-to-body ratio. The smaller Note10 has a 1080p display, with the larger 10+ going for a 1440p display. Both have an under-display fingerprint sensor, Corning's Gorilla Glass 6, and on the topic of robustness, are IP68 rated to withstand 1.5 meters of water for 30 minutes.

Looking inside these smartphones they share a common powerplant of an Exynos 9825 tri-cluster octa-core processor, built on Samsung's 7nm EUV process and said to be faster and more efficient than ever (Some regions get the SD855 chip instead). Buyers get 8GB RAM / 256GB storage, or up to 12GB RAM and 512GB of storage with the Note10+. Other notable essential hardware specs are the; 3,500mAh and 4,300mAh batteries in the Note10 and Note10+ respectively. Samsung supports super fast charging with an optional 45W wall wart, and wireless powershare for your Qi-enabled devices. 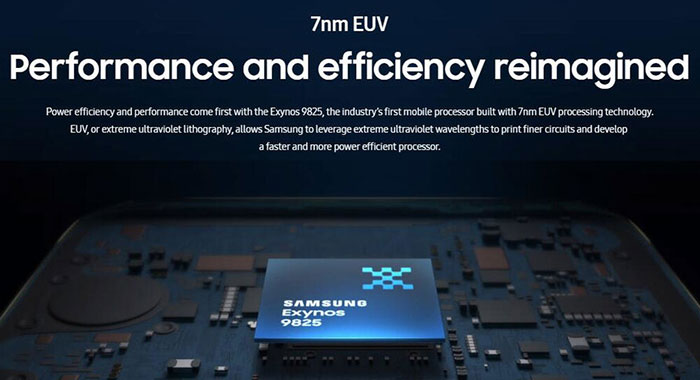 The S Pen is an essential accessory for Note users, and its features expand with the Note10, largely due to it being Bluetooth Low Energy-enabled. Samsung has added Air Actions for gesture control by S Pen, for example. Another interesting S Pen functionality tweak is in Samsung Notes, where the text is auto recognised and becomes searchable, which is handy.

On the topic of productivity Samsung points out that the Galaxy Note10 extends Samsung DeX's capabilities using a simple USB connection, allowing the use of various favourite mobile apps with a mouse and a keyboard for improved productivity. Link to Windows is integrated too, so users can connect to their Wiindows 10 PCs and see notifications, send and receive messages, and review recent photos without pausing to look down at their phone.

Samsung has some nice additions for the camera arrays built-into the Note10 smartphones. A notable improvement is in video recording with features like Live Focus Video (bokeh effects etc), Zoom-In Mic focus, and Super Steady video recording in regular, hyperlapse and timelapse modes. 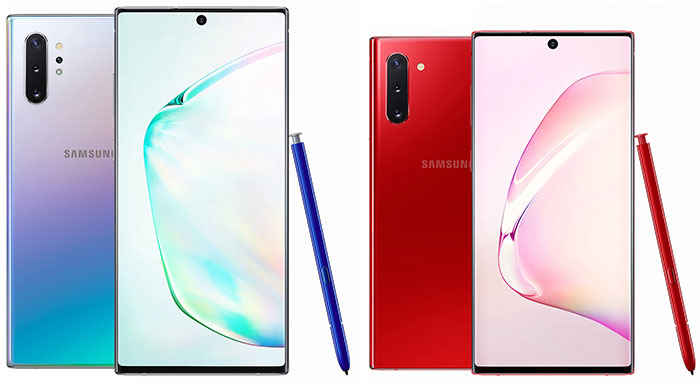 If you want to read more about specific features, Samsung has a multitude of news blog posts, comparisons, infographics, and video available for you to delve into.

apparently
Posted by philehidiot - Thu 08 Aug 2019 13:08
AGH, once again I send a comment and it doesn't make it through. I blame the fact that my work is using Internet Explorer…

No headphone jack = no sale. I've been waiting for this phone to come out to upgrade to. No more.

I regularly charge on the go where wireless charging is not usable whilst listening and I will absolutely NOT be forced into buying Bluetooth headphones with all their expense and problems to solve an artificially created issue.

Time to get a new battery for my S8 and strip out the lastest load of bloat.
Posted by Dashers - Thu 08 Aug 2019 13:19
I agree, no headphone jack = no sale, but it's a moot point because starting at $950 is very much = no sale. Chuck in that it's too big, running bloatware etc etc….. I don't think I'm the target audience for this device.