At a private event with business partners, at the Shenzhen Marriott Hotel in China, Samsung revealed new smartphone display tech that finally delivers an all-screen device front with no bezels or cutouts - but with all functionality intact. Twitter user Ice Universe has leaked information and images from the presentation, which took place last Thursday. In brief, an all-screen smartphone can be enabled by four technologies; FoD, HoD, SoD, and UPS - which will all be explained below.

The FoD, HoD, SoD, and UPS technologies can be used to eliminate front of smartphone/tablet furniture such as fingerprint readers, speakers, cameras and more. FoD stands for 'Fingerprint on Display', which is self explanatory in function. However, Samsung will use Ultrasonic pulses to read fingerprints and from what I've read you won't have to place your finger on a very specific spot of the screen for it to work. 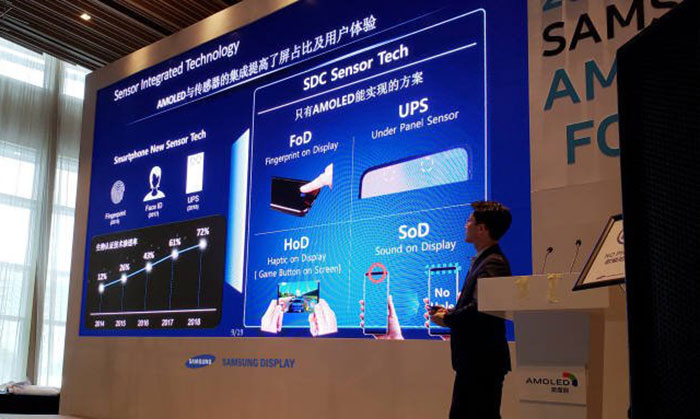 HoD stands for 'Haptics on Display' and is said to present the user with a physical feeling of buttons on a display, a function that goes well beyond the simple vibrations we get right now. SoD, or 'Sound on Display', uses the screen as a large speaker panel.

UPS, short for 'Under Panel Sensors', is highly flexible and can allow device makers to put cameras, or similar components, under the screen. With such a technology in place selfie lovers don't need a pop-up imaging solution or cutout/notch to take their snaps. Furthermore, the technology is inherently good for water/dust resistance and device structural integrity. 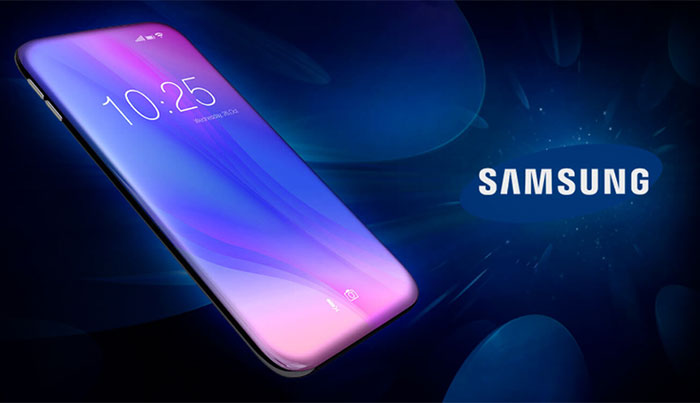 All the above tech is very interesting, but are bezels so bad that such efforts need to be taken to remove them? I am more interested in Samsung's, and its rivals, foldable smartphone efforts which could make tablets pocketable, and make bezels less of a worry in impacting screen sizes on the limit of what is comfortable for everyday handling.

Certainly something to chew over.
Posted by Ttaskmaster - Mon 22 Oct 2018 13:23
Until it looks and works like the things in The Expanse, it's just another phone…
I agree with Mark Tyson, though - Foldable is far more interesting, at this point.
Posted by Tabbykatze - Mon 22 Oct 2018 13:39
Now this, this is what should have happened, not a notch!
Posted by Glyce - Mon 22 Oct 2018 14:21
Bezel-less is seriously annoying, first thing I disable.
If I don't disable I'll be clicking and activating all kinds of demons while grabbing the phone…