The Raspberry Pi Organisation has announced the launch of the Compute Module 4. It goes on sale immediately, in a mind boggling but appreciated 32 variants, starting at a price of $25/£19 for the version with 1GB of RAM, no onboard eMMC storage, and no Wi-Fi/Bluetooth radio module. It has been 16 months since the launch of the Raspberry Pi 4, which tripled the performance of this iconic SBC, and upon which the CM4 is based. 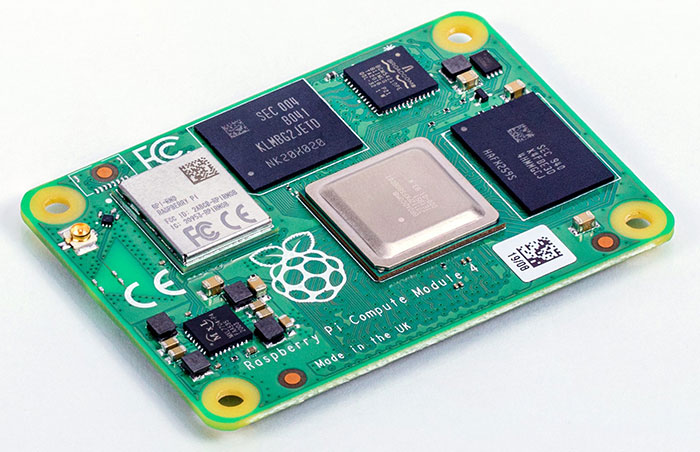 The major appeal of the compact Compute Module series is that it allows developers and tinkerers to prototype on the full fat hardware before moving on to using the module product, with the specs required, for volume production. Of course one of the headlining reasons to choose a CM4 over previous versions is for the faster processor. In addition to buying a CM with the right storage option for your project, for the first time the CM4 brings similar choices for RAM quota, and whether you want wireless connectivity or not. Thus the 32 models have been created, featuring permutations of RAM, storage and wireless connectivity. Another important new addition to the CM4 compared to previous units is that there is an Ethernet solution on board. 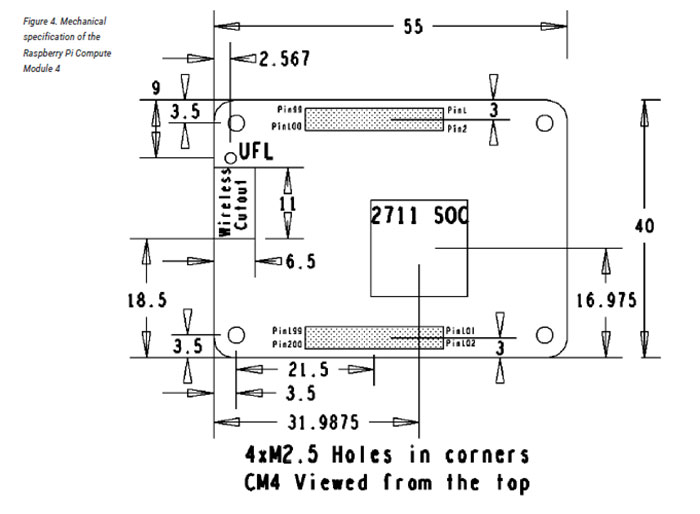 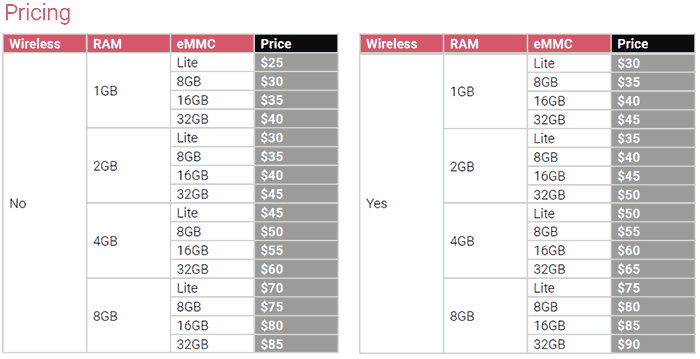 An important change delivered with the CM4 design is that it is now supplied in a new form factor. RasPi boss Eben Upton says that the compatibility break from the previous JEDEC DDR2 SODIMM mechanical standard is worth it to deliver I/O signals to two high-density perpendicular connectors (one for power and low-speed interfaces, and one for high-speed interfaces). This helps make the form factor smaller than ever, and if you didn't care about small you would probably not care about the CM4.

In addition to the CM4, the Raspberry Pi org is launching an updated IO Board which breaks out all the interfaces from the Compute Module to standard connectors, providing a ready-made development platform and a starting point for your own designs. This $35 accessory, pictured below, gives you easy access to two full-size HDMI ports, a Gigabit Ethernet jack, two USB 2.0 ports and so on. 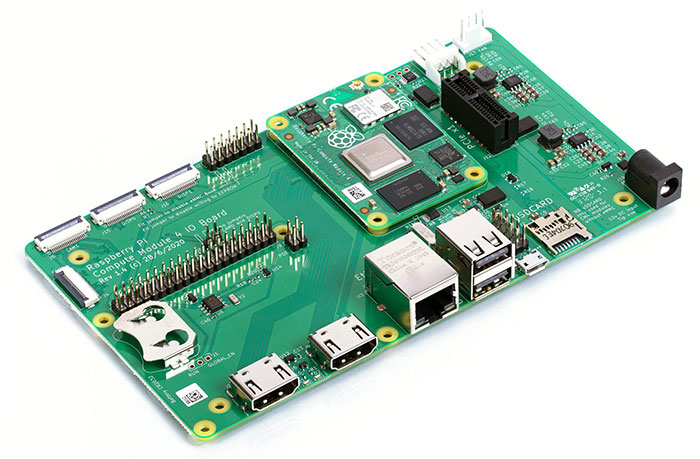 Those needing a beefier Wi-Fi antenna the and one on board the models that ship with wireless connectivity provide can buy the CM4 Antenna Kit. This kit comes with a whip antenna with a bulkhead screw fixture and U.FL connector to attach to the socket on the module.

3dcandy
Yup - but it looks good with the add on board. Is it just me or why is it that the “normal” raspb pi doesn't have eMMC?

I wouldn't want eMMC when i can plug my own vastly larger (albeit sometimes less fast) storage in or adapt and change it whenever i want just by popping one card out and another in. Plus eMMC, apples to apples does just suck in the grand scheme.
Posted by 3dcandy - Mon 19 Oct 2020 18:39

Tabbykatze
I wouldn't want eMMC when i can plug my own vastly larger (albeit sometimes less fast) storage in or adapt and change it whenever i want just by popping one card out and another in. Plus eMMC, apples to apples does just suck in the grand scheme.

perhaps - but the option would be nice like some other sbc's