A couple of weeks ago HEXUS reported upon the announcement by BT of a new Gigabit home broadband service. It would call the service Full Fibre Broadband (others might call it FTTP of Fibre to the premises), we learned. The headline uplift in speeds compared to BT's current Superfast Fibre products would be up to 25x faster, said BT in its announcement news bulletin.

Sadly, at announcement time, BT was keeping its cards close to its chest with regards to two important factors; availability and pricing. It did name some cities that would be covered by the rollout but people will be well aware that cities have plenty of regions / suburbs that get varying service levels. For pricing indications, there were none except our expectations that packages wouldn't vary too far away from plans established by Virgin for similar broadband speeds.

At the weekend ISP Review spotted that BT's pricing plans for its new Gigabit and Full Fibre broadband plans had gone live, and in its experienced view the plans are "surprisingly cheap". If you try and head on over to get pricing from BT's full fibre retail site yourself, you will have to check if your postcode / phone number is eligible for the FTTP service before you are quoted package pricing. Thankfully ISP Review has already done this (as I tried by address to no avail). Packages and prices are as below:

Currently Openreach's FTTP network covers 2.1m premises and it is scheduled to expand to cover 4m by March 2021, then 15m by 2025. 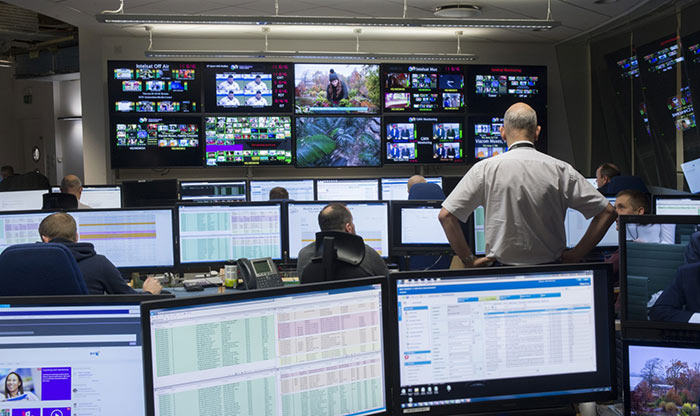 HEXUS has previously reported upon ISPs considering the pandemic and its impact on their services, in particular Vodafone has made statements about this. On Friday BT blogged about its capacity and it sounds very confident of being able to cope with any expected upsurge in demand. It hopes to address concerns by pointing out the headroom that it seems available and the bullet points below should make that quite clear:

In other observations, BT has noted that there has been a 5 per cent decrease in mobile network traffic recently and the demand is more distributed and less urban.

they would have been better calling it L, XL and XXL or something without numbers like VM do as the numbers sound confusing and misleading

i think my 350mb package is £40 a month but gives almost 400mb plus tv and phone
Posted by iworrall - Tue 24 Mar 2020 14:38
Hmm… Given that Openreach have said my town will get FTTP within 12 months, this interests me.
Posted by Ozaron - Tue 24 Mar 2020 15:36
Honestly considering the bump in download speed, upload leaves a lot to be desired. There's a gulf between these figures now, it's making the UK a terrible place to stream, for example.

I think price for top tier is fine and agree with Unique that the lower tiers seem poor value, maybe it's deliberately for upselling, but surely that will leave the poor Openreach folk an impossible job with oversubscription?
Posted by Ttaskmaster - Tue 24 Mar 2020 15:54

The £10 difference will simply be down to the base cost of any connection, which in this case starts at 100Mb. The ‘may as well’ effect is why people end up with 1600w PSUs when a 700w will suffice.
Getting 145 on the 100, but only 300 on the 500 is probably more indicative of which one most people go for. Certainly all the GigaClear customers I know went for the mid-level 300 package instead of the 900, as best bang for buck from a statistical perspective…