British Telecom has announced that it will launch a new Gigabit home broadband service later this month. The full-fibre offering will form the foundation of a new set of plans for consumers, with the average customer being able to enjoy speeds of up to 25x that of its Superfast Fibre products. Currently BT Full Fibre products max out at an average of 300Mbps downstream, and its lower tier SuperFast Fibre offerings at 67Mbps. 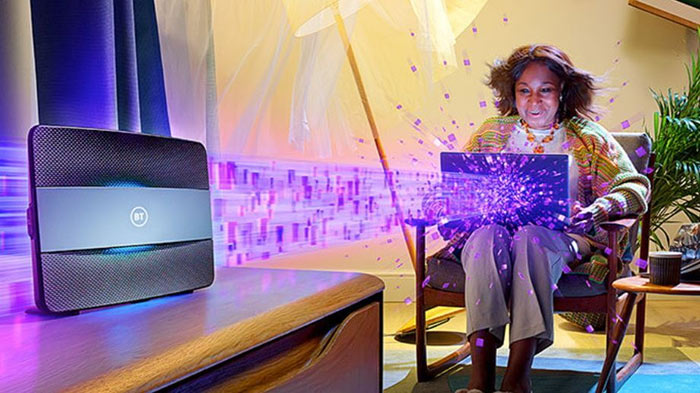 Bolstering the news of the launch is its sheer scale. The new best-in-class broadband experience will roll out and become available "in hundreds of cities, towns and villages across the UK". Particular cities name-checked include; Belfast, Birmingham, Bristol, Cardiff, Edinburgh, Liverpool, Leeds, London and Manchester. By the end of this month BT's Gigabit service will be available to more than 2 million households. At launch it will be the biggest full-fibre network in the UK. Furthermore, BT's plans include the ambition to reach around half of the homes in the UK with its full fibre network by 2025.

BT says it will provide further information in the coming weeks, answering crucial questions on pricing and availability for both existing and new customers. It invites those interested in the Gigabit service to register their interest at www.bt.com/full-fibre-interest. 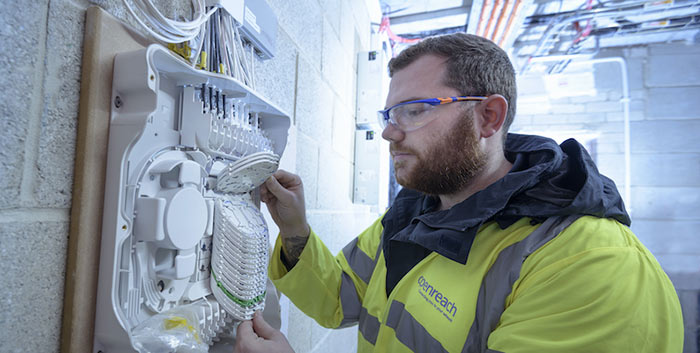 BT's move seems to closely coincide with Virgin's Gig1 Fibre expansion. In February HEXUS reported upon Virgin Media's plans to expand the reach of its Gig1 Fibre products from 2m to 3m potential users, with network upgrades centred on the West Midlands area. Virgin Media's base price for Gig1 Fibre (no phone or other complementary services) is £62pcm.

Agreed to stay with them a couple month ago.

Obviously a new contract, since them unable to use service in room outside modem / router location.

Launching 500mb and 1gb services comes at a cost to all other users.

Virgin have always been the same.

No worries, they'll likely increase prices e extortionately again, we'll bet to leave for free.
Posted by iworrall - Wed 11 Mar 2020 14:06
My home town has been tagged by Openreach as getting FTTH by this time next year, so I'm gonna keep an eye on this…
Posted by [GSV]Trig - Wed 11 Mar 2020 14:21
Virgin sit on the fact they are faster, which is great until they are oversubscribed, then you have to deal with a crap connection until they hit a certain oversubscription level and then upgrade the kit near you..

BT, also suck, so what if they have even the same speeds as Virgin, great if you live near an exchange, if not, forget getting near advertised speeds if you're out in the sticks..

We need a decent 5g ISP that'll do what BT/Virgin cant..
As long as the kit comes with a free tinfoil hat so we dont all get microwaved..
Posted by DanceswithUnix - Wed 11 Mar 2020 14:33

'[GSV
Trig;4183091']
BT, also suck, so what if they have even the same speeds as Virgin, great if you live near an exchange, if not, forget getting near advertised speeds if you're out in the sticks..

This sounds like proper FTTP in which case it doesn't matter how far you are from the exchange as there isn't any copper in the way. Just the cost of pulling the fiber to your house, which is probably where it will all come unstuck.

5g sounds like a non-starter for me. You need line of sight to get good speeds, and I suspect mm wave means speeds will drop like a stone in poor weather. So that gets you dropped back to 4G speeds at those fequencies. Now you just have the heavy filtering of a mobile network in the way, so that means I would need a VPN to tunnel through all their nonsense, adding hassle and latency.