Virgin Media has announced that it is set to perform the UK's largest ever gigabit switch on. From early March more than a million homes in the West Midlands will gain access to Virgin's Gig1 Fibre broadband packages, adding 50 per cent to the reach of the service (currently 2m users) in one swoop. Gig1 Fibre will deliver broadband which is roughly 20x faster than the current regional average.

Birmingham and Coventry will get next-generation Gig1 Fibre Broadband services in early March, as will the surrounding areas of these conurbations. Virgin says that the newly available service "offers an average peak-time download speed of 1,104Mbps," and an average upload speed of 52Mbps.

Virgin Gig1 Fibre customers will get the Hub 4 router, powered by an Intel Puma 7 chipset. As well as taking the faster fibre connectivity in its stride, the Hub 4 has more antennae than its predecessor, the Hub 3, for improved coverage and speeds with multiple Wi-Fi devices in your home. In more technical terms the Hub 4 boasts 3x3 MIMO on the 2.4GHz band and 4x4 MIMO at 5GHz, and it supports the wave 2 802.11ac Wi-Fi standard. The new router hardware relies upon DOCSIS 3.1 technology - which the Hub 3 doesn't support. 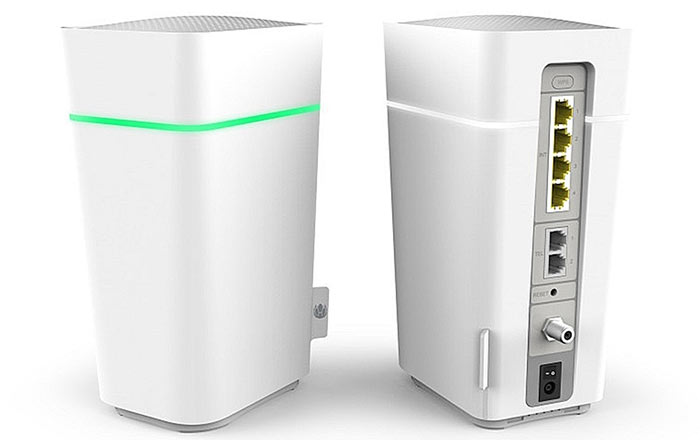 Ahead of the West Midlands Gig1 Fibre rollout, the service currently caters for about 2m users in the UK, centred around the following regions; Southampton, Manchester, Reading and their surrounding areas.

If you would like to have access to Gig1 Fibre from Virgin Media, you could well be on the firm's hit-list of new regions, especially if there are already Virgin cables laid in your area. Virgin Media plans to roll out its gigabit service to more than 15m homes across its network by the end of 2021.

Posted by Output - Fri 28 Feb 2020 12:25
Assuming their cabs aren't oversubscribed and thus making it impossible to actually get the promised speed until a future upgrade of capacity.

I'm all for faster speeds like this, but the actual number of people able to get them is unfortunately likely to continue to be rather low in the country as a whole for quite some time yet.
Posted by Dashers - Fri 28 Feb 2020 12:31
I'd love these kind of speeds but even if there was cable in my street and I lived in this small area, I'm not convinced I'd go with Virgin. I know enough people on their current top tier products that get slower speeds than my FTTC during the evenings.

Connection speed != ISP quality
Posted by aniilv - Fri 28 Feb 2020 12:51
I wouldn't mind it, but, just like virgin said - adoption rates are slow because frankly most people are good with the 300+ mbps they already are offering and most don't utilize anything over 60mbps anyway

And it really is so, just power users or large families would see benefit in paying for such upgrades, not the common netflix/facebook users lol

Also, from personal experience virgin connection quality is surpassing anyone else, with only few min (<5 min) downtime at peak periods every month and speeds are higher than advertised… just my 2 cents, obviously location dependant, but i wouldn't knock em as useless while others are advertising “super FAST FIBER” at 76mbps lol
Posted by GrahamC - Fri 28 Feb 2020 13:07
My Virgin service has been acceptable, would like a faster upload though. My ideal would be a 100/100mbps rate.
Posted by mark_a_scott - Fri 28 Feb 2020 13:10
Virgin have missed a trick b not making their Hub 4 Wifi6 / AX capable.