A UK consumer broadband comparison site has noted that the availability of FTTP internet has passed an important milestone. Tallying its local authority coverage statistics, Think Broadband announced that "the UK has now reached a footprint of 10.01 per cent for full fibre coverage". It comments that while it has taken a decade to get to this point, the first and last 10 per cent of these kinds of projects are always the hardest.

The best council areas for FTTP gigabit capable coverage are places like Kingston upon Hull, which is an outlier in these results, with 98.7 per cent FTTP coverage, due to the KCOM / Lightstream project. Then there are six council areas with better than 40 per cent FTTP coverage including; Belfast, York, Salford, Milton Keynes, Barking and Dagenham, and Southwark. There are over 30 entries where FTT_ coverage is at 25 per cent or higher.

My local council, Cheshire East, has just 4.3 per cent FTTP coverage, 40 per cent of premises with access to 'Ultrafast' speeds (Over 100Mbps), and 94.8 per cent with access to Superfast speeds (over 30Mbps). 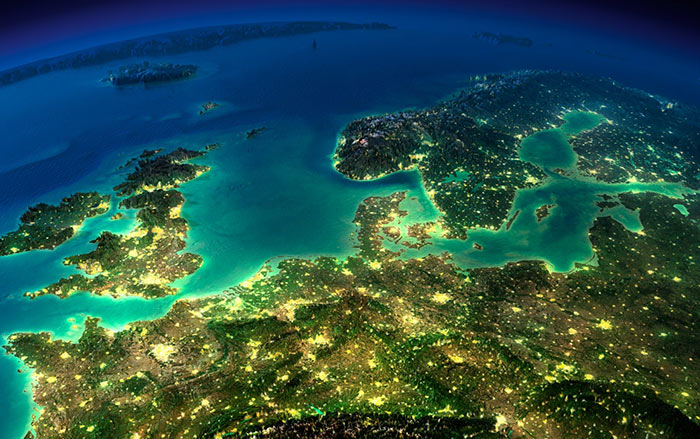 10 per cent FTTP coverage means that about 3 million premises in the UK have access to gigabit capable connections. ISP Review reckons that Openreach covers about 1.8m of these, Virgin Media is another big contributor but we don't have figures, Hyperoptic has about half a million covered and Cityfibre has about 100K covered.

The UK government has promised £5bn to help the most challenging final 20 per cent of premises gain FTTP coverage. The current government, with its recent Queen's Speech, pledged to make full fibre available "for all by 2025". However industry experts like the O2 chief executive thought that the idea of digging and laying cables in the remotest areas to ensure full UK coverage would be "just nonsensical," and thought 5G deployments for these areas would make more sense.

HEXUS
pledged to make full fibre available “for all by 2025”.

Last year Gigaclear leafleted us to say we would have FTTP in 2021, this summer that was pushed back to 2023 and now, they have lost the contract to do this because they are basically useless.
Posted by cheesemp - Tue 12 Nov 2019 12:37
Wonder if I'm considered in the 94.8% on Superfast? In theory I get around 30Mb but never do in practice! I'd be happy with a decent 50Mb connection - might as well wait for hell to freeze over. Still think its a miracle I get 30Mb - Its not like I live in a town near the exchange - oh wait I do! I blame it on ducted phone lines. Can't see BT being in hurry to replace the final hop anytime soon.
Posted by Hoonigan - Tue 12 Nov 2019 14:10
I've heard that my address should be getting Gigabit+ internet from Virgin before the end of 2021. Currently getting just shy of 400Mbps, with an option to upgrade that to 560-570 if I want to, so I can happily wait for further improvements.
I have a friend in Glasgow whose internet speed is limited by the Gigabit RJ45 connection on his motherboard and not the internet connection itself.
Posted by LSG501 - Tue 12 Nov 2019 14:52
So what number is it we remove London and maybe the other major cities….. bet it's nowhere near that 10% being used.

There is literally zero chance I'll see fttp before 2025 where I am, actually it's pretty unlikely anywhere near me in all honesty.


edit: LOL… I'm based in Norfolk, who has 2% fttp, 29.9% for 100Mbps or above and 93.4% for 30Mbps and above. My actual part of Norfolk is even worse at 1.3%, 7% and 92.3% respectively… and we're not exactly rural lol
I luckily get 80Mbps but obviously my area is shooting for the high numbers lol, having said that I have more issues with sites/downloads not being able to saturate my 80Mbps line so I think that needs to be looked at as well.