Both Gartner and IDC released news about the growth of the PC market yesterday. The market research titans tallied Q2 2018 PC shipments and agree that quantities have increased to deliver the best quarter for personal-computer shipments in more than six years. Gartner and IDC also broadly agree on the impetus for the rise; Windows 10 was the most important driver of new sales, particularly among businesses. 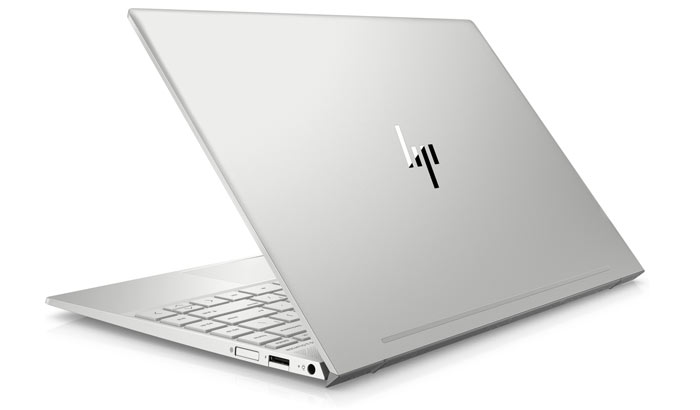 Gartner says the most recent quarter of 2018 showed the first year-on-year gains since Q1 2012. All regions experience some growth, says the research firm, which must be reassuring as it provides a solid foundation for the increase in a way. However, this is evidence of market stability rather than a recovery, for now, says Gartner.

Broadly businesses were the driving force behind the gains as they adopted Windows 10. It is foreseen that this driving force will keep the wheels of industry nicely oiled for at least two more years. 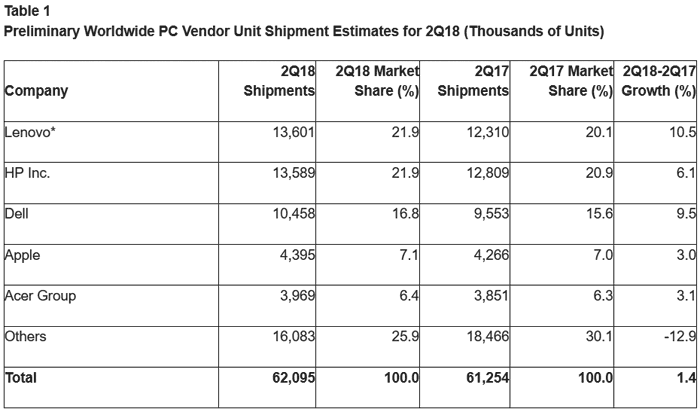 Consumer demand remained weak, and took away from the headline increase of 1.4 per cent growth year on year. The reasoning behind continued consumer PC weakness is the dominance and ubiquity of smartphones.

IDC's figures were a bit stronger than those quoted above. It said that PC shipments were up 2.7 per cent year-on-year. Of course , as a different independent agency, IDC has its own ways of tallying PC shipments. Notably it covers a larger collection of PC form factors that includes Chromebooks.

Another difference is in PC industry systems maker rankings. IDC found that HP was the top PC vendor, rather than Lenovo, by 23.9 per cent compared to 22.1 per cent. This might have something to do with the respective vendors' strength in additional PC form factors. 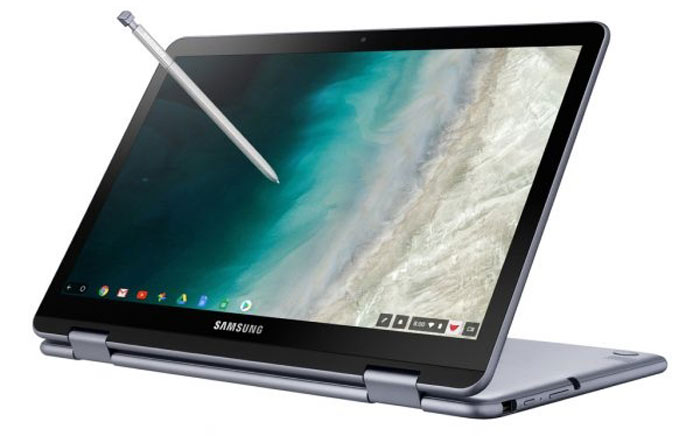 On the topic of the reason for the upswing in PC shipments for the first time in years, IDC agreed with Gartner, as I noted in the intro. The gains are largely due to a continuing business PC refresh programme, it said. However, it added that gaming PCs sales had recently grown too, helped on by the improved supply and prices of graphic cards (in the wake of cryptocurrency declines).

Corky34
How can an OS that's been out for 3 years be driving sales?

“among businesses”, so I guess companies just can't stay on 7 any longer which means bulk replacement of the boxes that can't run 10, which does happen as I used to have a work Dell desktop that had some Core 2 cpu in it that ISTR was missing some feature needed in recent Windows 10 builds.
Posted by Corky34 - Fri 13 Jul 2018 14:07
Yea i read that part and thought why an uptick at 3 years instead of the 1 or 2 years after Windows 10 release, i get that businesses take time to decide things when it comes to IT but for both Gartner and IDC to say the increase in sales is the result of a 3 year old OS seems beyond bizarre, especially when some actual new hardware has been released in the last 1-2 years.
Posted by 3dcandy - Fri 13 Jul 2018 17:22
As Dances says - quite a lot of older Intel chips cannot run Win 10 and as business' are forced to upgrade then they have to buy new
Posted by Corky34 - Fri 13 Jul 2018 18:28
Yes and i understand that but like i said it's bizarre to claim the reason businesses are upgrading their hardware now is not because newer or better hardware has been released in the last couple of years but because some software was released three years ago, if, as they claim, businesses are buying new hardware now because of Windows 10 then why not one or even two years after its release as businesses tend to work on yearly cycles?

Businesses didn't say to themselves you know what i think we'll wait for 3 years after the release of this software before upgrading our hardware.

EDIT: What Gartner and IDC are basically saying is that businesses haven't upgraded older hardware in the first Qtr of 2018 because there's actually been new, better, or improved hardware released in the last year or so but their doing it because some software was released three years ago.