Microsoft has announced that it will open its first UK store on 11th July. The flagship store is situated on Oxford Circus in London and its 21,932 square feet of retail space covers three floors. Microsoft's bricks and mortar presence in the UK is overdue, some might say, as it has already opened flagship stores in New York and Sydney, as well as stores across the US, Canada and Puerto Rico. Of course it has an established online store presence in many more counties (over 190 countries). 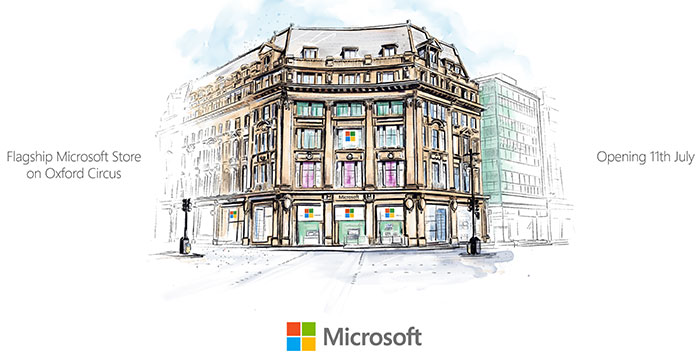 The UK flagship store is "designed to build connections with the local community, customers and businesses," claims Microsoft. In addition to the traditional retail zones which feature the product rages you might expect (Surface, Windows, Office, Xbox and PC gaming, HoloLens mixed-reality), there will be an 'Answer Desk'. This support desk will be a dedicated area where customers "get tech support, training, repairs and advice from trusted advisors." Microsoft generously pledges that support will be offered to customers "no matter where the device was purchased, the brand or operating system". 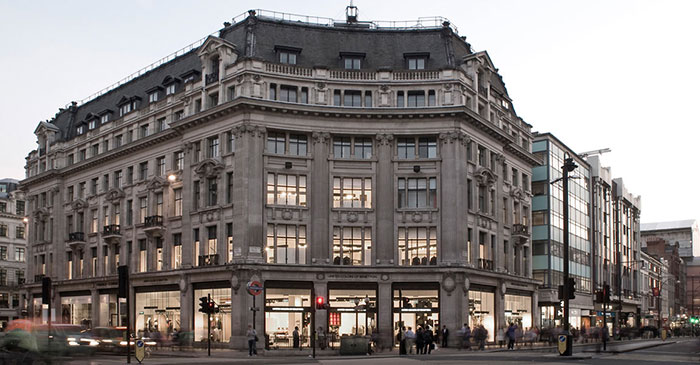 Pushing the boundaries of the traditional store format further, Microsoft will also use the prestigious central London space to host its own community theatre which it describes as "a space for tech, coding and STEM learning". It says that this space can be used by business owners, gamers, students and teachers and so on. Incidentally the address was previously a Benetton store. 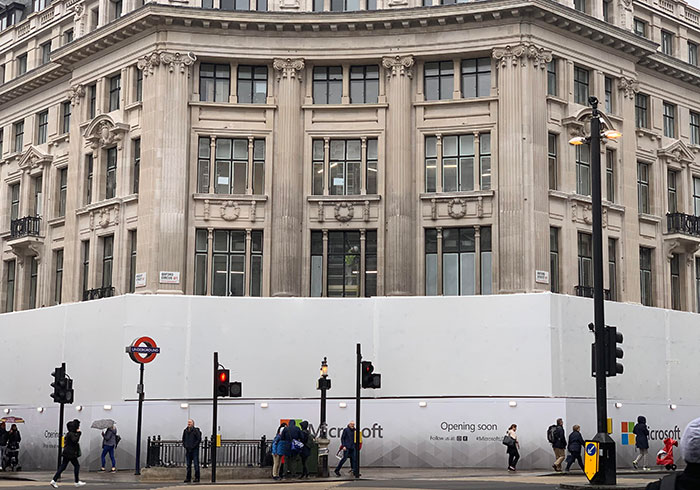 Posted by atemporal - Thu 30 May 2019 15:52
Let me guess, to get in users have to interact with a facial recognition cortana scanner, and customer services is likewise a cortana voice agent flat screen. Half way through your shopping experience microsoft will decide to add functionality and change what's in your basket, irrespective of whether you want it to, and all the while it is taking as much personally identifiable information from you as is it can get away with.

Prestigious site though, on the corner of Bond St and Oxford St! Users can enjoy queuing for 15 minutes to get into Oxford Circus with their new surface during rush hour.
Posted by spacein_vader - Thu 30 May 2019 15:54
It'll be expensive to run, every few months they'll have to reinstall the windows.
Posted by peterb - Thu 30 May 2019 17:32

spacein_vader
It'll be expensive to run, every few months they'll have to reinstall the windows.

Only because they’ll do an grade (stealth mode - in black) and then will break. (And of course they won’t be open)

spacein_vader
It'll be expensive to run, every few months they'll have to reinstall the windows.

Looks like someone is still running windows XP or earlier or enjoys the warez sites. I have had Win 10 Pro for more than 2 years now. Still runs as new.
Posted by Iota - Fri 31 May 2019 08:01

peterb
it won’t be on my list of top tourist attractions.