Boston and Skegness MP and Parliamentary Under-Secretary at the DDCMS, Matt Warman (Conservative), answered the written question number 2803 with the short statement reproduced below.

"Development costs from 2015-2016 were met through existing DCMS headcount resources. Since 2016, the government has spent approximately £2.2million through a contractual agreement with the British Board for Film Classification to implement age verification for online pornography. Building on on that work, we are now establishing how the objectives of Part Three of the Digital Economy Act can be delivered through our online harms regime." 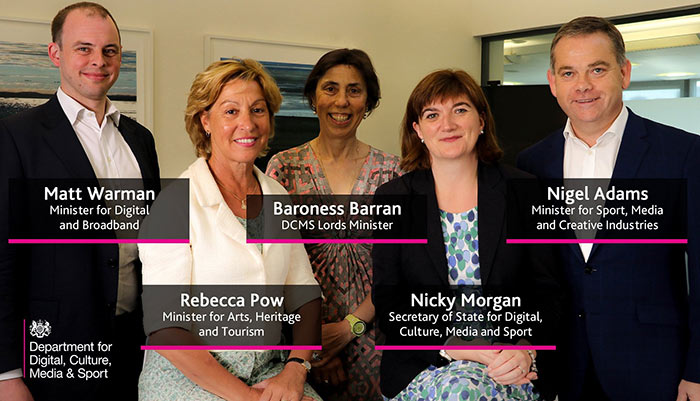 Taken at face value, the £2.2m is quite a small sum compared to other newsworthy wasted sums for projects like the Brexit ferry contracts that weren't required (£83m and perhaps another £87m), the Get Ready for Brexit ads that didn't help me get ready when I checked the official online Q&A and resources (£100m), plus inevitable costs of the Brexit 50p caper. Meanwhile, the uncertainty and act of Brexit itself may have impacts in billions, according to the govt's own findings. On top of that HS2's (£88bn) future looks uncertain. Anyway, cheer up, it's Friday…

Posted by spacein_vader - Fri 25 Oct 2019 12:50
Bunch of onanists.
Posted by GhostSquirrel - Fri 25 Oct 2019 12:53
while in the grand scheme of things £2.2m is quite low, any “normal” person would be fired if they cost their company £2.2m on a project that could have been avoided by asking their grandchildren whether they thought it would work.
Posted by Macman - Fri 25 Oct 2019 13:15
While we all knew it was going to be a waste of time, £2m in education or frontline forces would've been far better spent.
Posted by stevie lee - Fri 25 Oct 2019 13:28
on the other hand, maybe we all knew (well, the techy smart people at least) that it wouldn't work, but if they hadn't tried in the first place, then concerned people will be popping up all over the place, on the news, tv shows, papers n things. loudly shouting and ranting about “why isn't the UK government doing anything about this smut? my 8 year old timmy saw some filth once and now hes dead!!”

now they can say “we tried but its impossible”


if you don't try, how do you know whether its going to work or not?
Posted by Hicks12 - Fri 25 Oct 2019 13:37
Careful now, I definitely read that this was the ‘highest payment’ so there was definitely more spent that this, it was just a case that 2.2m was the maximum single expenditure.

Stupid corrupt government needs sacking and locking up for this criminal incompetence.