Nvidia beat the already elevated expectations of analysts and investors with its latest set of quarterly financials. It quarterly revenue growth from gaming and data centre during its Q4 FY21 were encouragingly up 67 and 97 per cent year-on-year, respectively. In contrast, automotive, professional visualisation, and Nvidia's OEM & other market segments were basically flat or down a few per cent.

After the results were announced the markets responded positively by the pleasant surprise which saw a record fourth quarter revenue figure of US$5.0 billion reported, an improvement of 61 per cent compared to last year's total (analysts had expected approx a 55 per cent uplift). However, the after-hours rally was quite short-lived as in an investor call, as you can see from my chart screen grab – as Nvidia CEO Jensen Huang told the assembled analysts that he does not expect the company’s business of selling processors to cryptocurrency miners to "grow extremely large," reports CNBC. That statement effectively flipped a quick three per cent gain into a two per cent loss – at the time of writing. 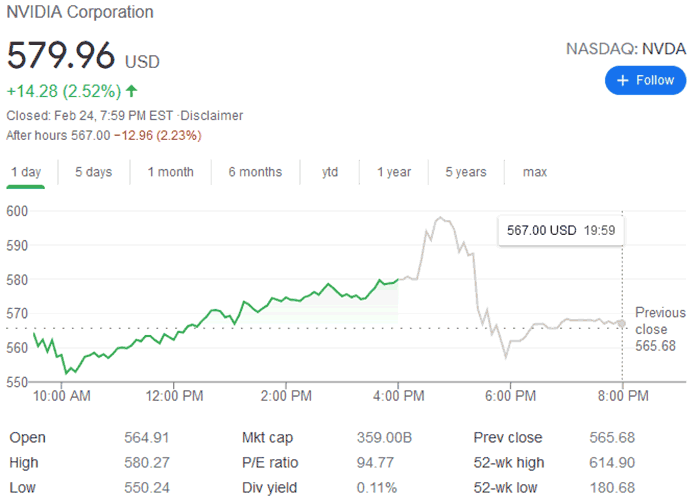 It is interesting to hear the Nvidia CEO indirectly pour cold water on the crypto-boom we are currently in the second major wave of – perhaps he thinks it is another bubble. Not all tech titans are bullish about the long term value of cryptocurrencies like BTC and ETH. Additionally, the 'crypto hangover' of 2019 might be why Nvidia is more wary this time around.

Most HEXUS readers will be looking at the Nvidia gaming segments for grains of interesting information. In this segment revenue was up 67 per cent from a year ago and up 10 per cent sequentially. Full year gaming revenue was up by 41 per cent. These increases were precipitated by higher sales across desktop and laptop GPUs for gaming, and game-console SOCs, noted Nvidia's CFO.

It is observed that the Nvidia GeForce RTX 30 series of graphics cards was ramped up over recent months and this more than covered the decrease in sales of game console SoCs. Noted successes for the gaming division include; 70+ Ampere laptop design wins, RTX technologies now available in 36 gaming titles, developers starting to adopt Nvidia Reflex low latency technology, and GeForce Now expanding to iOS Safari.

Though Nvidia crowed about the sales volumes of Ampere GPUs we all know that GeForce RTX 30 consumer graphics cards, or even laptops, aren't getting to consumers in enough numbers. Hopefully, the latest driver/firmware crypto-mining throttle implemented with the GeForce RTX 3060 12GB graphics cards, launched later today, will help remedy this. 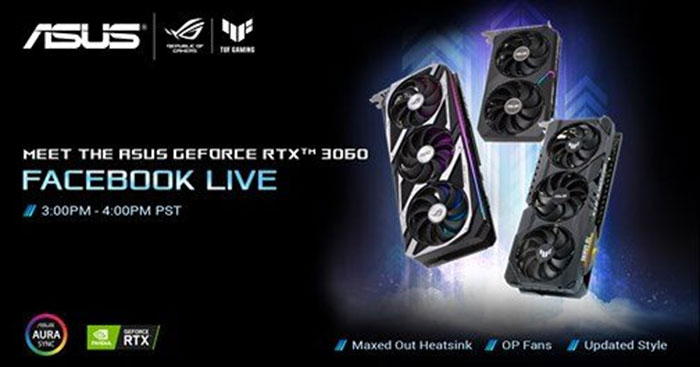 The remarkable growth of the Nvidia data centre business (up 97 per cent from a year ago and comparable to last Quarter), was largely driven by the Mellanox acquisition and the ramp of the Ampere GPU architecture, says the Nvidia CFO.

Nvidia's outlook is for continued revenue growth, with $5.30 billion, plus or minus 2 per cent predicted for Q1 FY22. I didn't see any business segment specific outlook statements.

Wouldn't racks of GPUs in an old warehouse count as a data centre? ;)