Nvidia announced that it had signed up to a $40bn cash and shares agreement to acquire Arm from SoftBank in mid-September 2020. SoftBank would retain a 10 per cent interest and current CEO, Simon Segars, heralded the deal as a good match, with Arm and Nvidia sharing a vision for energy efficient computing to address a host of pressing issues, with strong commitment to long term R&D to reach their goals. About a week later Nvidia CEO Jensen Huang indicated that we would "enter legally binding documents with everybody," to reassure those with oversight of the deal that there would be no brain drain and that it would indeed expand upon the R&D presence in Cambridge, UK, and that Nvidia would build "a new global centre of excellence in AI research at Arm's Cambridge campus."

Now it looks like the UK's Competition and Markets Authority has stirred, and has made a statement about what it hopes to do to take measure of the deal, and assess its likely impacts in the UK and worldwide. Yesterday AP reported upon a statement given by Andrea Coscelli, chief executive of the CMA. 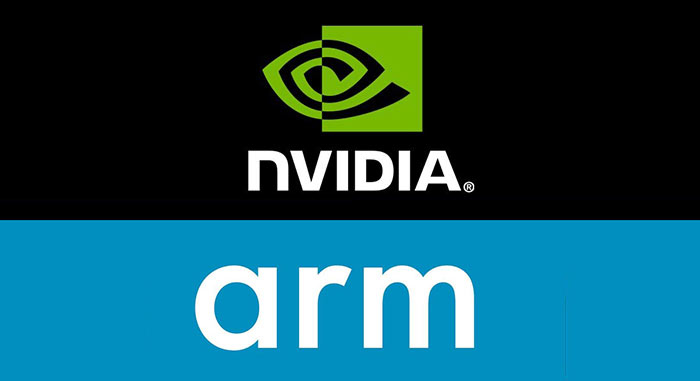 The main issue under the scrutiny of the CMA is whether the Nvidia-Arm deal will give Arm "an incentive to withdraw, raise prices or reduce the quality," of its product/service to Nvidia competitors. Coscelli stated that the CMA will "work closely with other competition authorities around the world to carefully consider the impact of the deal and ensure that it doesn’t ultimately result in consumers facing more expensive or lower quality products".

At the time of writing neither Nvidia nor Arm have responded to the CMA's statement. Previously however, Nvidia's CEO has pledged that the acquired Arm would continue with its policy of "global customer neutrality," that has been so central to its business model so far.

Remember the Nvidia-Arm deal isn't expected to complete for at least a year. The CMA's "formal investigation starts later this year," and it has already started canvassing opinions of interested third parties. Other regulators are expected to stick their oar into the deal-making process, including bodies under the auspices of the US, China and the EU.

Posted by meuvoy - Thu 07 Jan 2021 10:24
Finally someone is doing something about this! I had just bought NVIDIA stock mainly because of their ARM acquisition, but honestly I don't even care if I lose money, I really don't think NVIDIA should have ARM, that's totally against consumers NVIDIA is a rubbish company that just so happens to make good products. Don't let them end ARM increasing licensing costs and just overall being a dick to other companies, for God's sake!
Posted by kalniel - Thu 07 Jan 2021 10:27
Everyone's being very polite about it, but I'm not sure how much say our small isles' regulator has in a deal between a US and a Japanese company.
Posted by lumireleon - Thu 07 Jan 2021 11:28
I see no problem here. Designing new CPUs every year costs billions in cash and Softbank was simply overwhelmed.
Posted by mers - Thu 07 Jan 2021 11:29
After recent Nvideas virtual blackmail Email against Hardware Unboxed which unleashed the fury of PC tech reviewer sites and resulted in a grovelling appology their name is a swear word in my book. Fair play , I wouldn't trust them further than I can spit.
Posted by Tabbykatze - Thu 07 Jan 2021 12:57
No Customer should own the source of a product used by so many, especially not a Customer like Nvidia. ARM should stay independent of Customer politics and just provide the designs, frankly.