Apple became the USA's first $1 trillion company two years ago, after publishing a pleasing set of results for a traditionally slow quarter. The story then and now was pretty similar, iPhone and services revenues were doing great but iPad and Mac computers didn't sell so impressively. However, Apple doesn't seem to need any new compelling product(s) to prosper, its iterative iPhone cash cow releases, and selling of associated app, video and music subscriptions have raised its market capitalisation up to the $2 trillion milestone. 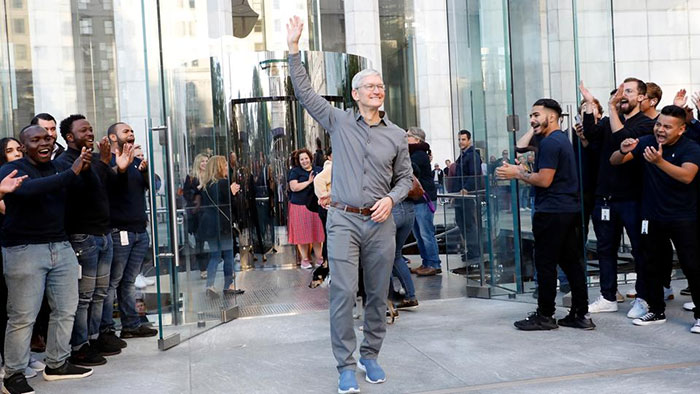 The BBC noted that Apple breached the $2 trillion milestone sometime yesterday but at the time of writing, the market cap on my share monitor is listed at $1.98 trillion. Some investors might be cashing in gains as this important valuation is reached, making the current level a 'resistance point' for the share but how long that lasts until the next leg up, or the uptrend reverses, is open to speculation.

Apple hovering around the $2 trillion mark makes it the world's most valuable company. Only state-backed Saudi Aramco has reached this lofty market capitalisation previously, when it was IPOed last December (but it now sits at about $ 1.8 trillion).

Apple shares have soared 50+ per cent this year but it hasn't all been good for the business in 2020. In March there were worries about the virus pandemic's impact on the business and shares hit a low for the year. Apple closed its retail stores around the world but most are now re-opened with social distancing and other measures in place. 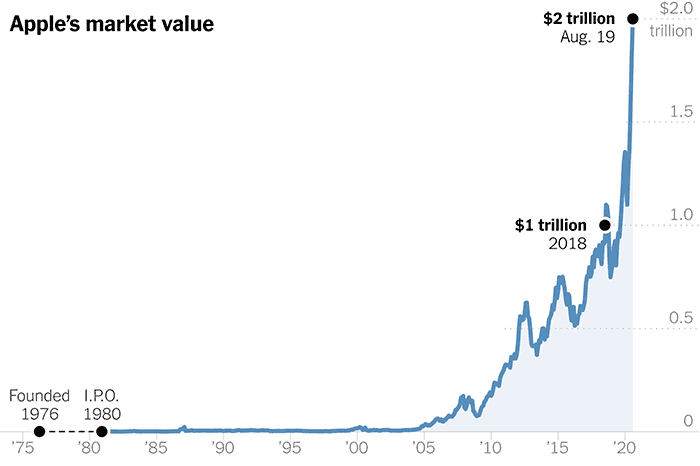 What wasn't really predicted back in March was the success that many tech companies would achieve over the lockdown periods worldwide. Computer hardware, smart devices and so on became more important to users than before for both work and play. In the world of work there was a move to remote working, and work-from-home plans implemented where possible. In spare time at home people turned to various digital subscriptions for entertainment to replace going to the cinema, theatre, concerts etc.

Apple plans to update its popular iPhone range with 5G models this autumn and intro new smartwatches too. Probably of more interest to techies are its plans to release the first Arm-based 'Apple Silicon' Macs later this year, possibly on 27th October.

jnutt
Obscene considering how they treat their customers

I'd be more concerned how they treat their workers, but since they've outsourced pretty much everything they claim whatever conditions are like at Foxconn etc. has nothing to do with Apple.