Nvidia has reported its Q1 fiscal 2021 earnings, which covers the three months ending on 26th April. Before we get into the figures, the period includes a full month of 'lockdown' in many countries worldwide. Despite the lockdown challenge, which would be a significant setback in many industries, companies like Nvidia have prospered.

In its Q1 declaration Nvidia brought in revenue of $3.08bn, up 39 per cent compared to a year ago. Gross margins were 65.1 per cent. It isn't just the 'people staying at home needing laptops and playing more games' that drove the revenue North either, the company raked in record Data Centre revenue of $1.14 bn, up 80 per cent YoY.

Nvidia CEO Jensen Huang made a statement to accompany the results. To start with he thanked healthcare workers, and service workers for saving lives and keeping the world running, as well as the scientists engaged in the Covid-19 vaccine hunt. Huang happily admitted that Nvidia had had "an excellent quarter," and mentioned some recent milestones like the launch and shipment of the first Ampere GPUs, the acquisition of Mellanox, and the record number of developers taking part in the GTC digital conference.

With respect to Nvidia's data centre business, it was highlighted that "Our Data Center business achieved a record and its first $1 billion quarter". Huang went on to claim that "Nvidia is well positioned to advance the most powerful technology forces of our time – cloud computing and AI". A Marketwatch blog post opined that passing this milestone means "Nvidia is not just a gaming company anymore".

Pondering over the Revenue by Market Platform figures, above, you can see that data centre still contributes just a third of the revenue that gaming musters. It is now the fastest growing segment though, and casts a long shadow over the performance of Nvidia's automotive division which was at one time equally hopeful of great things. 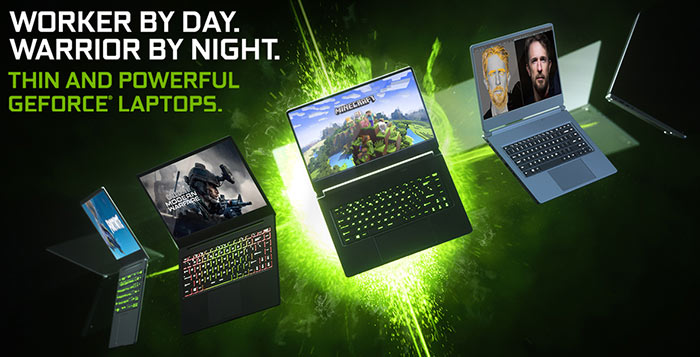 Nvidia shares its quarterly highlights in a blog post about the latest set of results. In gaming it reckons that some of its greatest achievements include; launching Minecraft with RTX, bringing its GeForce RTX Super GPUs to laptops, new RTX Studio devices, expanding GeForce Now, and releasing DLSS 2.0. In data centre its most important achievements are the very recent launches of Ampere GPUs and associated hardware like the DGX A100.

Posted by Tabbykatze - Fri 22 May 2020 11:42
Any notes on the misrepresentation of figures during 2018 that is leading to a $1 billion class action lawsuit against Nvidia by its shareholders?
Posted by Moonister - Mon 25 May 2020 20:07
great! next stop increase prices for the “next gen” gpus