Nvidia has published its latest set of financials. This time around it is for the quarter and full financial year ending on 28th January 2018. Nvidia refers to these periods as Q4 FY18 and FY18 respectively. The headlining news is that Nvidia delivered record quarterly and full year revenue, up 34 per cent and 41 per cent respectively from a year earlier. Earnings per share were up a chunky 88 per cent. Beating analyst estimates, the shares have risen strongly in afterhours trading – vy as much as 11 per cent. 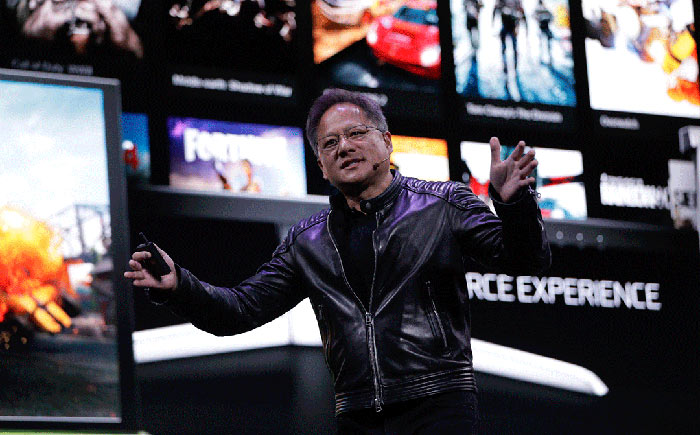 Directly above you can see the key financial figures for Q4 FY18. We like to see the performance of the market segments behind the headline numbers, so if you look below I have screen-grabbed the FY18 to FY17 comparison from the CFO commentary PDF.

Gaming is still Nvidia’s largest revenue generator by a big margin. Furthermore, it is showing consistent and strong growth, cast in the shade only by Nvidia’s data centre revenues. On the topic of gaming GPU sales, Nvidia said that “strong growth across our Pascal-based GeForce gaming GPUs was driven by new games, holiday-season demand, iCafe upgrades, eSports and cryptocurrency mining.”

Several gaming segment achievements were noted in the financials for Q4 FY18, including; the introduction of Max-Q laptop designs, the introduction of big format gaming displays (BFGDs), the launch of the Star Wars themed NVIDIA TITAN Xp GPUs, an enhanced GeForce Experience software and tools release, and the increase in GeForce market share in the Steam user survey to 86 per cent.

Also with the issues RTG have had in the consumer space,Nvidia is not even being pushed and improvements have slowed down for the average gamer too.
Posted by DanceswithUnix - Fri 09 Feb 2018 13:00
Rumours have started of “Ampere” having taped out: https://wccftech.com/nvidia-ampere-ga104-gpu-geforce-gtc-2070-gtx-2080-launching-april/

DanceswithUnix
Rumours have started of “Ampere” having taped out: https://wccftech.com/nvidia-ampere-ga104-gpu-geforce-gtc-2070-gtx-2080-launching-april/

For anyone buying a sub £300 card this year even at normal prices,I hope Ampere is out this year. We can't rely on AMD anymore as they really have screwed up with their dependence on HBM2. They never learnt the first leason from Fiji,and Nvidia being more conservative have.

Faster non-reference ones dipped under £300 in Q2 2014 and these were quicker:

Then we had the GTX970 which was even cheaper later in the year.

At £300ish and under for 4 years,we had only a 20% to 25% increase in performance in the most important segment for graphics cards.

Compare that to the GTX970 launch.

I feel unless AMD get some good improvements,we are going to see the same issue with when AMD gave up on desktop,more drip fed improvements.

The GTX1060 uses a GPU around 200MM2,and the GTX970 GPU was closer to 400MM2. There is room for a big performance bump,as Nvidia has enough space to make one.

This is why Nvidia profits have been going up even before mining.

Maybe,Ampere will surprise us,but I am sceptical as in the end they could just make the chip slightly bigger,refine the clockspeeds a bit more and give us 20% extra performance,and AMD won't be able to compete,as it will cut more and more into Vega gaming sales,unless OFC AMD rejigs its own lineup too,and refines performance.

As I said a few years ago(and maybe some others),Nvidia splitting their lines at Maxwell,has really helped them,and AMD is still trying the kitchen sink approach with their GPUs,which means larger GPUs,worse power consumption,lower clockspeeds,etc as AMD pushes them to the edge to just compete. Nvidia is basically doing what ATI did to them with the “small die” strategy with their more consumer focused GPUs,but to AMD instead. Its quite ironic TBH!!

I just hope any increased pro sales makes up for it.