Just ahead of the weekend news emerged that Apple has been developing a cellular modem for its future iDevices. Currently Apple uses Qualcomm technology cellular modems, and it is expected that once its own tech is ready to go it will be able to cut these ties. There is a familiar pattern emerging where Apple is reducing its reliance on component designers and outside technologies by bringing these operations / skills in-house. We have seen it in recent months/years do that same with GPUs (imagination Tech contract) and CPUs (Intel x86 CPUs used in Mac computers).

This isn't an insider rumour but a report from an Apple Town Hall Meeting, hosted by Apple's senior vice president of hardware technologies, Johny Srouji. "This year, we kicked off the development of our first internal cellular modem which will enable another key strategic transition," Srouji told attendees, reports Bloomberg. "Long-term strategic investments like these are a critical part of enabling our products and making sure we have a rich pipeline of innovative technologies for our future."

Some hints on the Apple team's progress were provided by Srouji. He said that Apple's $1bn acquisition of Intel's modem business in 2019 helped it build a team of hardware and software engineers with the right skill set to develop an Apple cellular modem. Unfortunately, the information didn't go as far as providing a roadmap or even a rough guide to when to expect Apple to start using its own 5G modems in its devices. 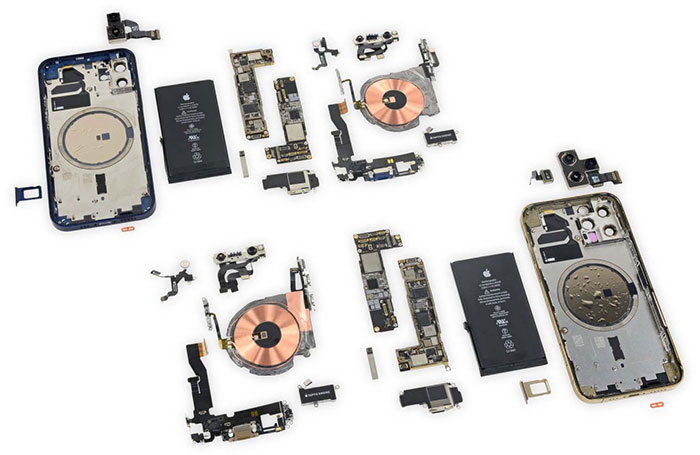 Some clues to the timescale might be provided by one particular business agreement - Apple's latest iPhones use Qualcomm 5G modems and Apple is under contract to pay Qualcomm for licensing this tech until 2025 whether it uses it or not. So it doesn't look like Apple will have to rush out a 5G solution but could time it for being able to claim various tech advantages, perhaps.

Qualcomm shares fell quite sharply on Friday in the wake of the above news; down 7.4 per cent on the day.

Posted by Xlucine - Tue 15 Dec 2020 01:52
By 2025 5g modems will be commodity hardware - I'm sure they'll sell it as the best thing since iBread, but it'll be hard to make a modem stand out until 6g launches. I guess that gives them 5 years to practice making modems after the qualcomm contract expires before they have to step up to 6g