The AMD onslaught on the mainstream PC computing space continues with the Ryzen 9 3950X. Bringing all that is best from the 3rd Generation architecture to bear in an AM4 socket, the chip houses 16 cores, 32 threads, oodles of cache, and keeps inside a relatively restrained 105W TDP.

It's this combination of core efficiency, core count, and very reasonable power consumption that makes Ryzen 9 3950X an appealing proposition for the genuine power user who wants true HEDT-like performance but cannot stomach the additional cost and hassle of switching platforms - neither AMD's own sTRX4 (3rd Gen Threadripper) nor the Intel X299 (10th Gen Core X-series) are cheap upgrades for those that need many-core CPU performance. It's interesting that one can use this £700-ish chip on a £70 board without issue.

Setting new multi-threaded standards in the mainstream segment are a given when there's so much firepower on tap - our test chip averaged nearly 4.0GHz across a wide range of heavy loads - but this is no one-trick pony. AMD has also improved gaming performance enough for it to be within five-to-10 percent of Intel's finest mainstream offering, Core i9-9900KS, while roundly thrashing it in apps that love threads.

If it sounds like we're impressed with the Ryzen 9 3950X, then we are, because it offers an easy path for proper HEDT performance for the millions already invested in the AM4 platform, as well as plenty of expansion possibilities on the latest PCIe 4.0-compatible X570 chipset. Ryzen 9 3950X is not cheap, but it doesn't need to be, and its arrival asks serious questions for workstation users who are used to laying down big bucks for expensive platforms.

The 18-core Intel Core i9-10980XE is out soon, as are AMD's own 24- and 32-core 3rd Gen Threadripper processors, but if our benchmarks are anything to go by, Ryzen 9 3950X ought to put up a good fight. Recommended for the power user who is already invested in the AMD AM4 ecosystem. 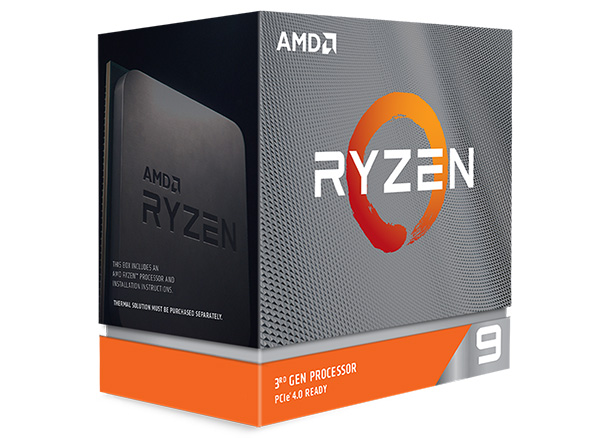 The AMD Ryzen 9 3950X is available to buy at Scan Computers.

And soooo many people can upgrade to it, using their current board and ram :)

YazX
aside from all things to say, simply put, i've just built a 3700x PC, after 2-3 years, i can just plug and play this monster without changing anything else, and it will be alot cheaper by then.

This really is quite amazing what thye have pulled off, everyone I know is going Ryzen, well do AMD.
Posted by Tabbykatze - Thu 14 Nov 2019 16:02
How is needing a high-quality cooler a bad? xD

I mean, I guess you need something to put in a bad, lol!