Anyone previously contemplating a 7th Gen Core processor for a new build ought to dismiss that thought.

Intel has finally been moved into taking a long, hard look at its mainstream enthusiast PC chips and motherboards. Such re-evaluation of the product portfolio has been largely instigated by the arrival of AMD's Ryzen processors, though that is certainly not the company line being espoused by the chip giant.

However you wish to dissect the machinations and messaging, it is clear that the consumer benefits. Core i7 8th Gen now accommodates six cores and 12 threads, representing a 50 per cent rise in pure processing power than before, and the extra compute is a clear boon for those who wanted Intel to transition high-end desktop goodness into the mainstream segment.

Other than upping cores and threads as it sees fit for the Core i3, Core i5 and Core i7 families, there isn't much else that has changed, though Intel has chosen to debut these processors on a revised chipset known as Z370.

Z370 uses the same LGA 1151 socket and, for now, an identical southbridge to Z270 boards, but it is worth appreciating that interoperability between CPUs and chipsets has been shown the door. You cannot use an 8th Gen Core chip on anything other than Z370, while older 6th and 7th Gen Core processors won't work on the latest chipset. 8th Gen Core and Z370 represent a clean break from what has come before. This is a platform-level upgrade.

Coming back to the chips, Core i7-8700K makes a strong case against the lower rungs of Intel's own HEDT ladder and, more pertinently, the Ryzen 7 1700(X) processors. AMD offers a touch more multi-threading capability via an 8C/16T topology, but Intel wins out for light loads. Core i7-8700K is better than its immediate predecessor in pretty much every light you wish to look at it... and there's only a small price premium for choosing it over Core i7-7700K/Z270 combo.

The Core i5-8400 also sets new performance standards for an Intel chip priced the right side of £200. Its 6C/6T design is oftentimes a match for a Core i7-7700K and is much, much faster than the Core i3-7350K that it effectively replaces in the financial stakes. It also has the beating of the price-equivalent (in dollars at least) of the AMD Ryzen 5 1500X, so it's a great choice for users looking for performance, power efficiency and value. We only hope that Intel rolls out cheaper chipsets to take advantage of the clear value on offer from this processor.

Intel has followed the pattern set by mobile 8th Gen CPUs by offering more performance at price points we've become accustomed to. Core i7-8700K and Core i5-8400 up the company's game considerably, enough that ascribing clear value superiority to competing Ryzens has, for the first time, become nebulous.

Anyone previously contemplating a 7th Gen Core processor for a new build ought to dismiss that thought. The 8th Gen CPUs are simply better and prove that Intel, when pushed, can offer more value as well as expected performance. The clear winner from this latest round of CPU and chipset upgrades is you, the consumer, and it's very difficult to buy a bad enthusiast PC platform in the second half of 2017. 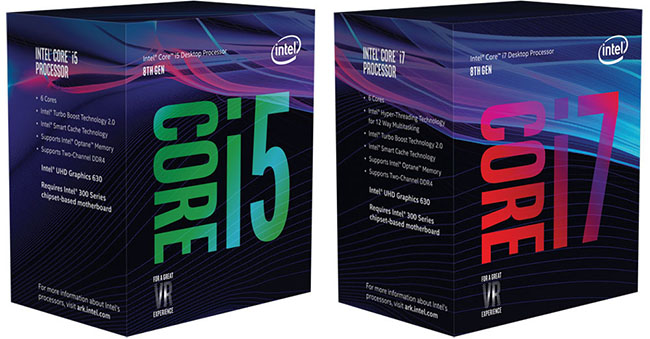 Damn Intel, even for you, that is low.

Tunnah
For some reason I expected a 4c/8t part to sit at a nice price point, but stupid me.

Tunnah
So for all intents and purposes it's Kaby Lake with more cores, but they also require a new socket ?

bridges009
Which also means that it's Skylake with more cores.