Last year there were rumours of a new version of the Intel Core i9-9000, one with a KFC suffix. That nugget never arrived but perhaps the publicity stirred the interest of execs at KFC HQ because now KFC has put its name to an off-the-peg gaming PC called the KFConsole. This PC was teased by KFC ahead of the Sony PlayStation 5 and Xbox Series X/S console launches but it wasn't relay considered to be serious. 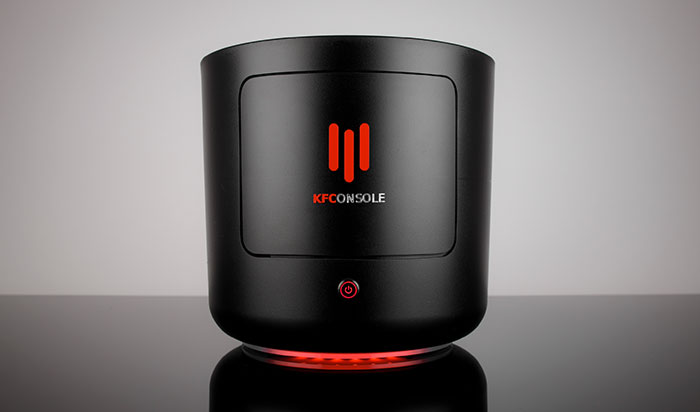 Cooler Master is the KFConsole design partner and you can find the official product page on this well regarded performance PC peripherals and cooling company's site. As a PC it sounds powerful enough – advertised as being capable of playing "the latest titles in stunning 4k, 240fps," in a compact bucket form factor.

The KFConsole's party trick is perhaps more surprising than it being such a powerhouse – it is the first PC to include a heated chicken chamber. The front panel pulls forward to reveal a tray where you can keep chicken portions warm. "Utilising the systems natural heat and airflow system you can now focus on your gameplay and enjoy hot, crispy chicken between rounds," explains the promotional blurb. 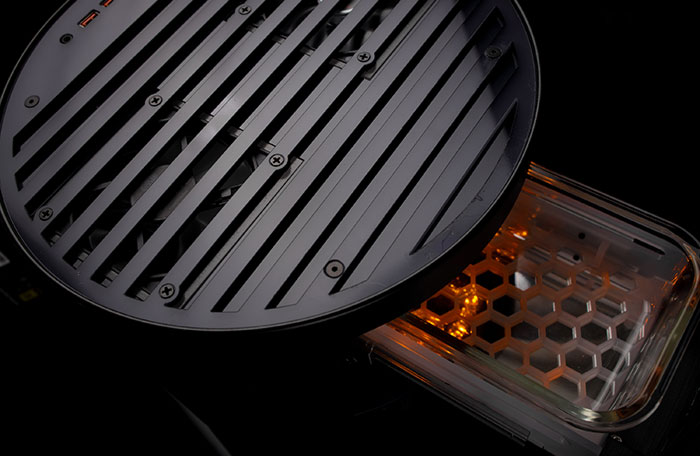 Unfortunately the Cooler Master official product page, and an email I received from KFC's PR partners is light on detail when it comes to the cold hard tech specs of the KFConsole. The specs I could find are as below, though some aren't 100 per cent verified:

For the raytracing performance, let us hope that KFC and Cooler Master has specced a so far unannounced Dual Mini RTX 30 graphics card as Ampere is noticeably better in this regard. The partners don't seem to have skimped on any other specs.

At the time of writing I don't have any pricing or launch date. The NUC9i9QNB alone costs about US$1,500 though… It would be a good product for CES 2021, if it were a physical show, with the aroma of fried chicken luring punters in.

Now you've said that I bet Dominos and Pizza Hut are scrambling.

Now I get this is a publicity stunt because this was this years April 1st, but the fact it has become a reality both disgusts and fascinates me xD
Posted by mers - Wed 23 Dec 2020 10:45
Great , oil cooled PC. You can now have all thats finger licking slime all over bits and clean it with oven cleaner. lol.