If you have ever wanted an all-in-one gaming machine that could play the latest Windows PC, Xbox One, PS4, and Nintendo Switch titles - Origin PC has something to show you - the Big 0 2.0. This ultimate gaming machine with colour coded liquid cooling system was put together by Origin PC to celebrate its 10th anniversary and one might reasonably assume it would cost an arm and a leg to purchase. Unfortunately, a senior Origin PC exec has said this machine will never go on sale. Nevertheless, it is definitely worth looking at this integrated system building achievement. 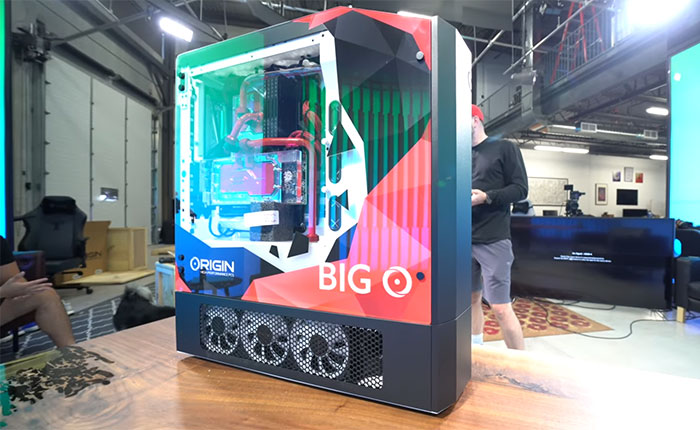 Origin PC says that the "2019 edition of the Big O combines the Xbox One X, a PS4 Pro, a Nintendo Switch and a high-end gaming PC into our flagship Genesis desktop chassis. The Big O is a testament to a hard work and creativity when it comes to PC building". It turns out that the Big O 2.0 is a throwback to Origin PC's 2009 Big O, which combined a gaming PC and Xbox 360. 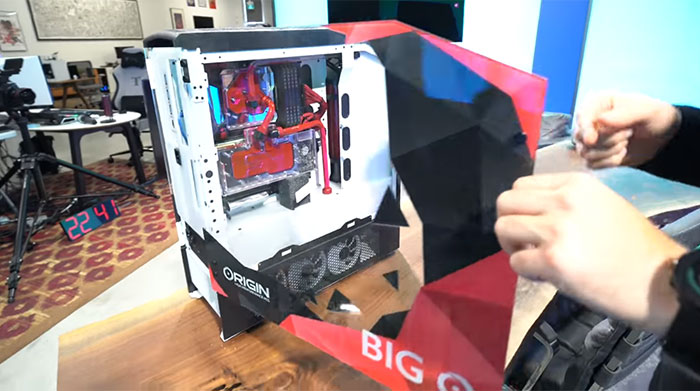 To start with, let's look at the PC specs. Just because it is a hybrid design doesn't mean this is a slouch in the PC department. The key PC components are as follows: 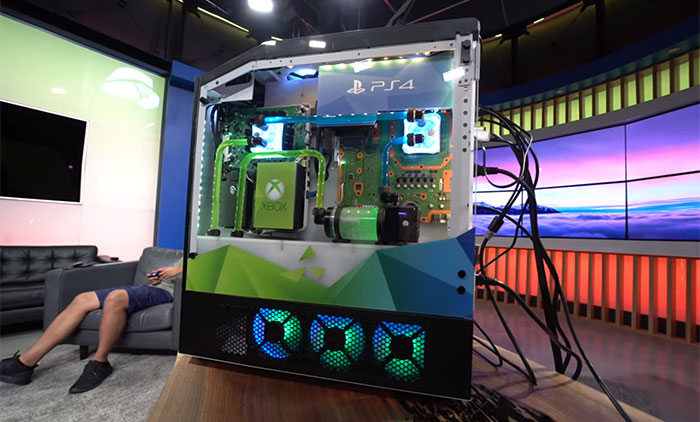 As mentioned in the intro, the PC has liquid cooling, but you will also find that the Xbox One X and PlayStation 4 Pro are both hard line liquid cooled on the right side of the system. You can see this multi-liquid shaded confection beneath the large glass side panel of the Genesis chassis. 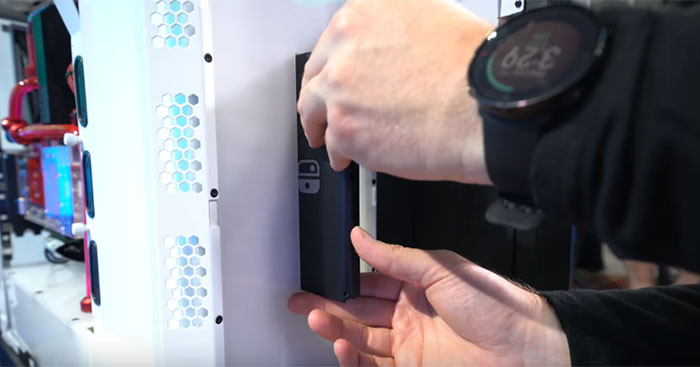 The Nintendo Switch component is different as it slides into a dock on the front of the PC chassis, concealed by a hinged cover. The Switch is removable, of course.

All the consoles and PC are connected to an HDMI switcher for flexible output options, as well as having dedicated outputs. There is a built-in 4K video capture cards too, for those that like to stream and record gaming sessions. 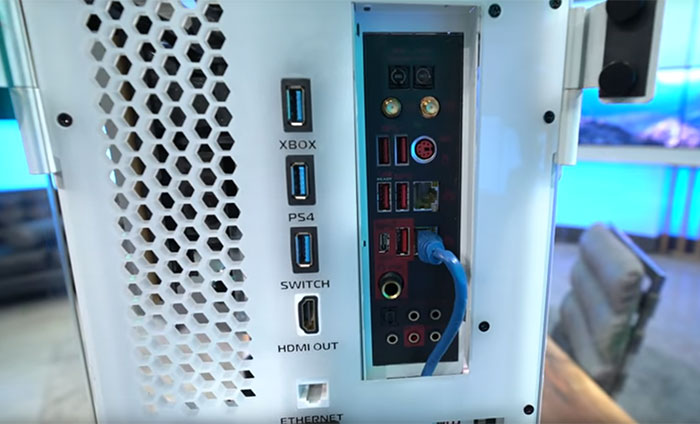 If you are interested in a machine with similar capabilities to the Origin PC Big O 2.0, you will either have to commission one or build your own. So, for now, an Amstrad Mega PC for the modern age remains an out of reach dream for the masses.

rabidmunkee
just why? I don't understand this?
why not just a kvm if you want it all together.

Origin are not going to sell it, so does it really matter? Like many of the one-off specials built by car manufacturers, for motor shows, it's just showing-off what they can do.
Posted by philehidiot - Mon 22 Jul 2019 16:37
It's a marketing thing. Make a big thing about your company, show you can do something creative and weird and pull it off and it'll get featured on websites like this. I'd never even heard of Origin but now I have. So it works. It's also something to challenge / amuse your staff and develop workarounds for problems you may face in future or even better ways of doing what you already do. You never learn anything new if you keep doing the same old stuff.
Posted by blokeinkent - Mon 22 Jul 2019 18:10
A thing of beauty IMHO. Come on Hexus…. try and blag another 1-off out of them for a competition, including the etched face on shipping crate. Think of the wider publicity.