Way back in March 2018, HEXUS reported upon the announcement of the Nimbus Data ExaDrive DC100 SSD. This was a 100TB SSD in 3.5-inch form factor and would be available with your choice of SATA or SAS interface. Nimbus Data crowed that the ExaDrive DC100 was three times bigger than its closest competitor and would draw 85 per cent less power per TB than nearest rivals too, as well as delivering the obvious space savings. 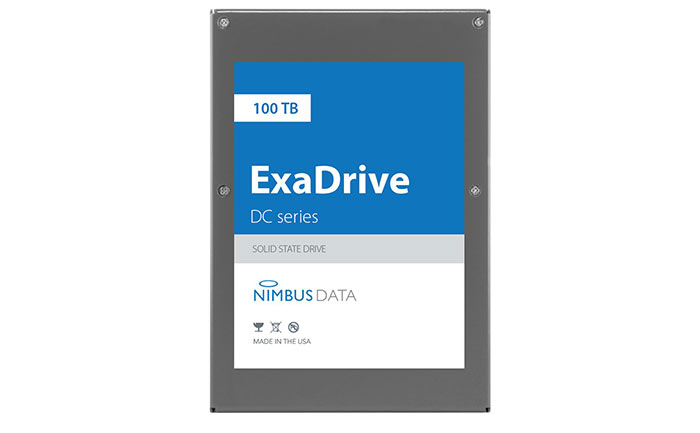 Since that time Nimbus Data seems to have fleshed out its product information pages somewhat, and you can check all sorts of key features tables, specifications, and comparisons, as you might expect of an established tech product. I'll reproduce some of these in this article. In brief, the ExaDrive SSDs have transfer rates of up to 500/460MBps reads/writes, and IOPS figures of 114,000/105,000 for reads/writes. They consume 8W/16W and utilise eMLC flash. Drives come with a five year guarantee. 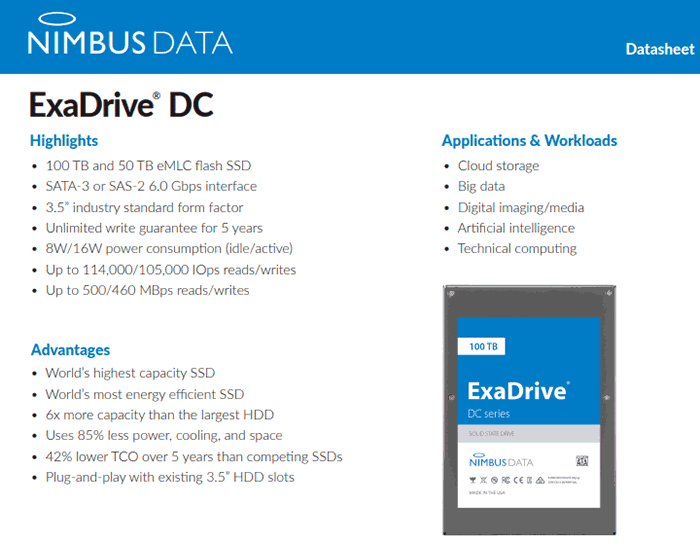 Upon reading about the 100TB Nimbus Data ExaDrive SSDs, the immediate question on many tech enthusiasts' lips was about the price. Thankfully after a rather long wait Nimbus Data, which "is all about transparency," has shared pricing and, the $/TB is pretty high for these 50TB and 100TB devices. Moreover, the cost per TB is much greater with the higher capacity drive. 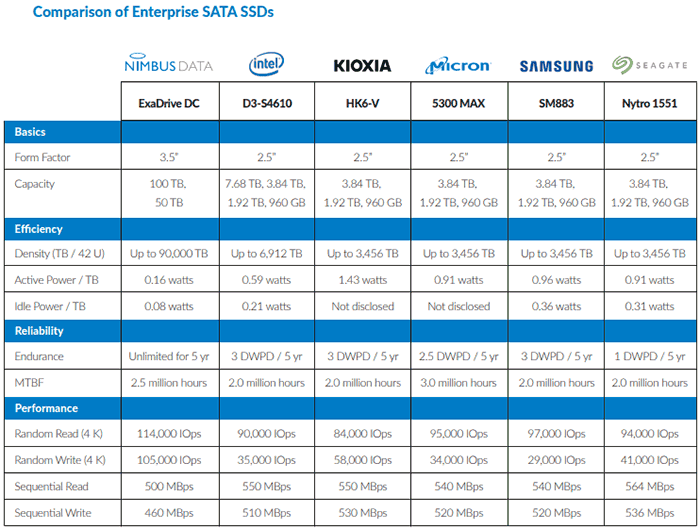 The likes of Samsung and Seagate have previously heralded similarly expansive SSDs but never released the, notes ComputerBase.de. For example Seagate showed off a 60TB SSD way back in 2016, and Samsung discussed a 128TB SSD in 2017, but both these products have failed to materialise.

The relatively high price may be worth it to some, where a 100TB ExaDrive SSD can replace more than five 18TB HDDs, with less server space used up, better performance, plus lower energy use and reduced cooling requirements.

So, it's aimed at commercial / enterprise level only then. Shame there isn't really a consumer level drive with these capacities for a reasonable price per TB.
Posted by Output - Fri 10 Jul 2020 01:18
I'll take 12 of the 100TB!

So, it's aimed at commercial / enterprise level only then. Shame there isn't really a consumer level drive with these capacities for a reasonable price per TB.