Corsair has announced its cutting edge Force Series MP600 M.2 SSDs. The firm wants to be quick off the starting blocks to supply these new high-performance drives that will help enthusiasts get the most from the new AMD X570 platform and third gen Ryzen desktop processors. Key qualities of the new Force Series MP600 M.2 SSDs are that they are compatible with AMD's newest desktop platform, they offer up to 10x performance of many SATA SSDs, and they will become available in July. 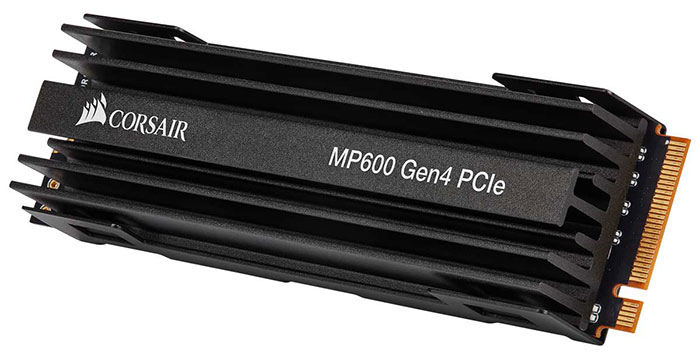 Above you can see an image of one of Corsair's Force Series MP600 M.2 SSDs. Most notably the PCB is hidden beneath a considerable finned heatsink, and we can only see the M.2 connector popping out. 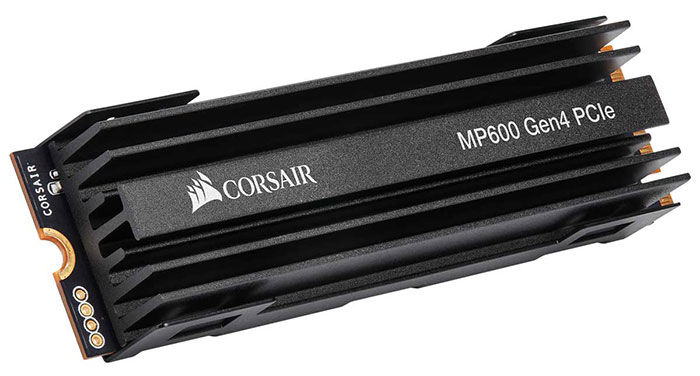 Once fitted in the PCIe 4.0 x4 M.2 slot, "the MP600's NVMe interface and high-density 3D TLC NAND combine with a Phison PS5016-E16 controller to enable a new level of single-drive SSD performance," claims Corsair. The tech specs result in the following key performance figures being achieved:

Founder and CEO of Corsair, Andy Paul, said that he was delighted to partner with AMD to be among the first to introduce PCIe 4.0 M/2 SSDs. "With the MP600, AMD X570 motherboard owners will be able to experience the benefits of PCIe 4.0 immediately, with the fastest Corsair SSD yet at the centre of their system," he enthused.

Corsair said that the new Corsair Force Series MP600 M.2 SSDs will become available "alongside the full launch of AMD X570 chipset motherboards and new 3rd Generation AMD Ryzen Desktop Processors in July 2019". Buyers of these SSDs will get a five year warranty. We don't have a pricing matrix for the MP600 series as yet.

3dcandy
This quite clearly shows how bandwidth = heat