Over the weekend Microsoft's revamped Edge browser, based upon the Chromium core, has leaked out and been tested by numerous enthusiasts and tech reporters. On Saturday The Verge claimed an exclusive with its screenshots showing the Chromium-powered Edge in action. This morning I saw SlashGear report on the new browser, citing a Chinese BBS source for its imagery. 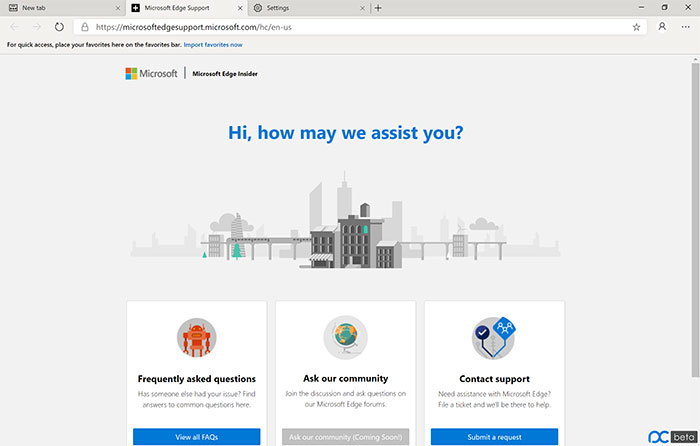 Back in December HEXUS reported that Microsoft had confirmed it would adopt the open-sourced Chromium code to transform Edge. At the time Microsoft's Joe Belfiore sketched out plans for Edge/Chromium on the Windows Blog. The central assertion behind the change was that adopting the Chromium open source project would "create better web compatibility for our customers and less fragmentation of the web for all web developers," according to Belfiore. At this time it was estimated that the move to a Chromium-compatible web platform for Microsoft Edge on the desktop would take about a year. Microsoft indicated that it would try and retain its Edge advantages such as "the best-possible battery life and hardware integration on all kinds of Windows devices."

When you first install the new Chromium version of Edge, Microsoft will prompt you to import favourites, passwords, and browsing history from Chrome or Edge, reports The Verge. Later on in the process you can choose a style for the default new tab page. Then, once in the program, you will notice the UI offers a mix of the Chrome and Edge designs. It is noted that compared to a previous leak the newer browser has moved further away from the Chrome look and feel towards Microsoft's current Edge deigns. 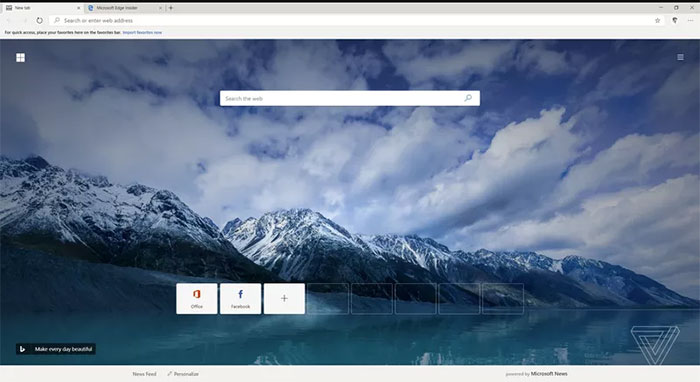 Some features Edge users will be familiar with like the read aloud web page accessibility option are now present, but others like the 'set aside tabs' feature and web page 'inking' aren't enabled as yet. Furthermore, there is a dark mode for the new browser but it is enabled via a testing flag at this time.

A big change to the Chromium-based Edge will be with regard to extensions. Chrome extensions will be available to users of the new Edge. Users can toggle two extension sources; a curated source of extensions explicitly enabled by Microsoft (the current pick is available to browse on the Microsoft Edge Insider Addons web page), or extensions direct from Google's store. 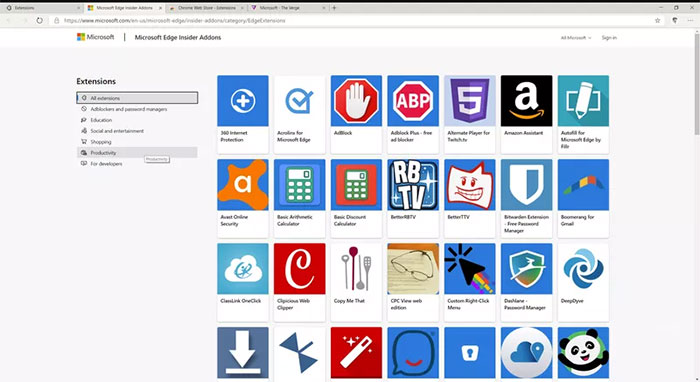 In the view of early testers of the new Edge, it seems to be quite stable and run rather well. For example, a couple of Google Chrome extensions from the Google store worked as expected. As an early version, The Verge says the browser software "feels very polished". Thus it thinks that it won't be long until the new version of Edge will become available to the public beta testers via the Windows Insider programmes.

Well that's the thing, they did and they have. Defender ATP is quite competitive in features and functions, it's still not as good as some of the gartner leaders but it serves a purpose.

And they did have a competitive browser, it was first called IE and then Edge. But they couldn't be bothered fighting with google and co on proprietary browsing crapola that they have to keep fixing. So they hands up went “cba, lets make a browser that is based off chromium to use a core that will not get buggered by nasty hidden divs and stuff”
Posted by LSG501 - Mon 25 Mar 2019 15:36

Likely because they'll get anti trust lawsuit against them again.

To be fair though, what they have isn't half as bad as many try to make out.

Google and chrome are now becoming the IE of the current internet with their ‘custom code’ so rather than try and run with their own, they're just changing the core engine of their browser to work the same. Standardised code is pointless when the browser with the largest market doesn't follow them all while ‘promoting’ it.

Defender, while not the absolute best, it's more than enough for a home user with at least a small amount of common sense imo.
Posted by Corky34 - Mon 25 Mar 2019 18:26

It's not that they can't IMO, it's that corporate requirements and management get in the way, if things were left entirely to the engineers they'd probably release some great software.
Posted by LeetyMcLeet - Mon 25 Mar 2019 18:29
Windows Central posted a demo of the new Chromium-powered Edge via their YT channel on Saturday. Seems like a logical step given the amount of money MS must waste fixing bugs made by the Internet overlords * cough :)

Probably useful for people who use Edge, but I doubt it'll increase the user base much. Users are lazy. I know I cba importing favourites and installing other browsers on all my devices to sync it all up. Meh.