At the current Institute of Electrical and Electronics Engineers’ International Reliability Physics Symposium (IEEE IRPS) 2021, SK hynix CEO Seok-Hee Lee presented a keynote about the future of the computer memory industry. In brief, Lee foresees the convergence of memory (RAM) and logic (CPUs, GPUs etc), and talked about the technologies that could get us to this ultimate destination. 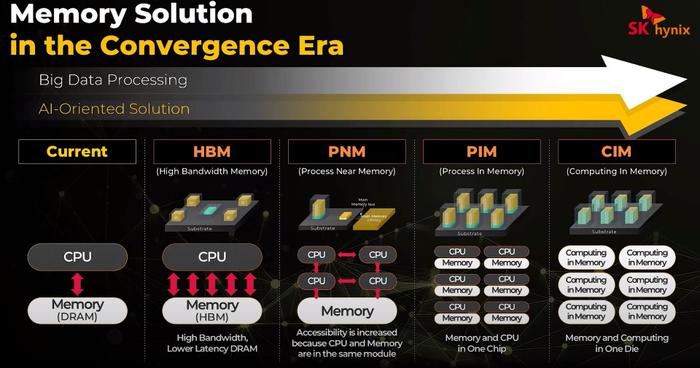 The steps we will see taken by the industry going forward are going to be as in the bullet points below, reckons the SK hynix boss: 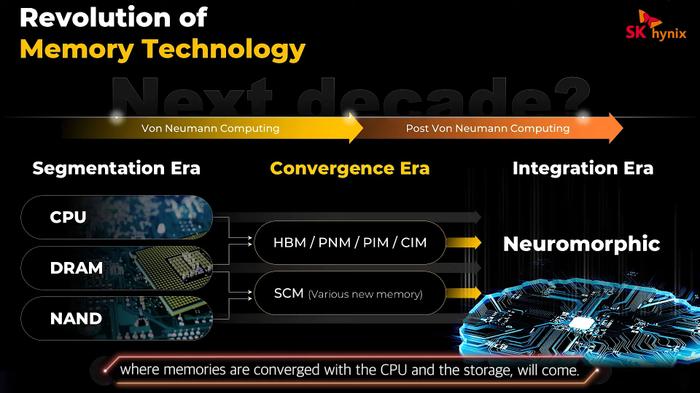 SK hynix is the world's second largest memory maker but unlike the largest (Samsung) it doesn't produce processors in any form. So, how can it move forward with these plans? Lee proposes rivals to get together to form a cooperative partnership within the semiconductor industry ecosystem. In particular the SK hynix CEO is looking to start a "strategic partnership for Open Innovation based on collaboration and sharing with customers, suppliers, academia and government". The admirable goal will add economic and social value with smarter, faster and more efficient computing - and the benefits that will bring. 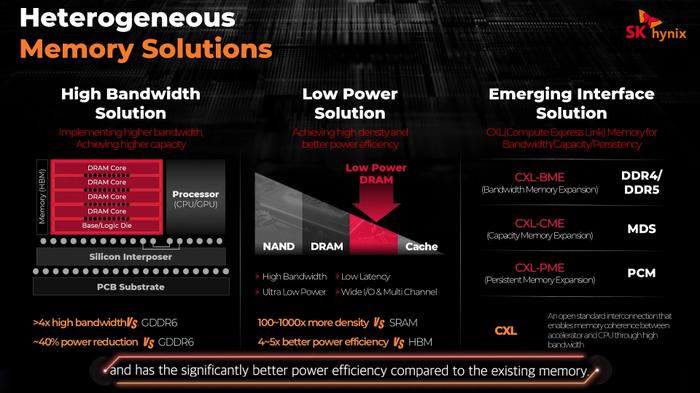 As well as the visionary statements and outlines, Lee put down what might be one of the firm footings for faster memory/processing intercommunication. A new heterogeneous computing memory interface called Compute Express Link (CXL) was proposed as a complement to the PCIe bus. CXL interfaced memory would be able to move data more quickly and more efficiently between CPU and graphics / compute accelerators or smart network interfaces. Already major data centre and industry ecosystem players are working in the CXL consortium to establish this.

Lee's presentation including further insights into the likes of DDR5, NAND Flash and more, is embedded above. It contains chapter markers so you can skip to whatever might interest you. 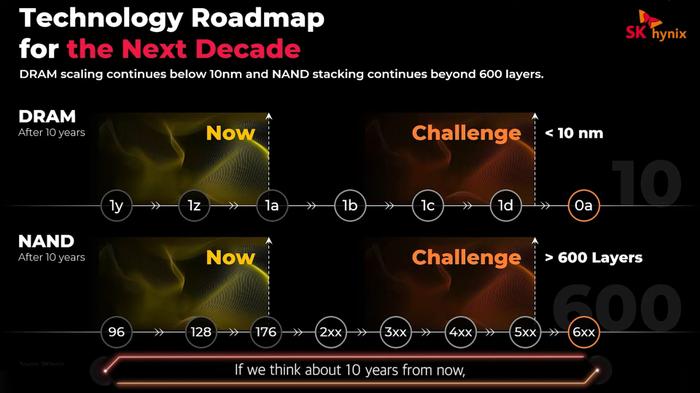 Posted by philehidiot - Wed 24 Mar 2021 15:17
I don't understand the technical ins and outs of this but I do think they are on the right lines.

I can easily see a situation where a large system doing specialised tasks needs to do a specific, simple operation on a packet as it hits the CPU which takes up a cycle no matter the simplicity. If that simple operation can be applied as it goes through the memory with less of a hit, it could take a meaningful load off the CPU. Take that to its logical conclusion and why would you need separate memory and CPU systems? Memory on CPU or Computing in Memory - depends who is looking at it.

No you're spot on. The compute operations for things like neural nets are actually very simple, you just need to do a lot of them as close to the data as possible. Embedding compute in memory (or expanding memory operations to include some basic compute) can net (ho ho) much better efficiency gains than using more complex CPUs.
Posted by DanceswithUnix - Wed 24 Mar 2021 15:50
If only logic and memory were made on the same process. One of them has to be compromised.

At least they aren't throwing some analogue in the mix.

Edit: OTOH, FPGAs are basically memory devices. They don't actually have programmable logic, they use sram look up tables to emulate it.
Posted by philehidiot - Wed 24 Mar 2021 16:25

kalniel
No you're spot on.

That's disturbing.
Posted by Gentle Viking - Wed 24 Mar 2021 20:31
I know its not related, but just imagine if politicians was upgraded every 2-3 years and actually became better and more efficient.
What a wonderful world it would be.
Sadly the progression for those are on a totally other slope.