Corsair is expanding its best-selling K55 RGB gaming keyboard line with the addition of the K55 RGB Pro (US$49) and K55 RGB Pro XT ($69) to the stables. Actually, I think the 2016 K55 RGB is likely to be phased out as the new K55 RGB Pro is very much the same keyboard, also priced at $49.99, with only minor tweaks that don't even make it to the specs page except that the number of keys in the newer models has decreased by one.

To start with it is worth mentioning that the K55 line are Corsair's entry level wired keyboards. Here you will find rubber dome keyswitches, fully plastic construction, and limited key rollover / anti-ghosting. However, some of Corsair's gamer friendly tech has dripped down from the higher end models; RGB lighting, 1,000Hz polling, macro keys, media keys, on board memory, detachable wrist rests, iCUE gaming action configuration support. 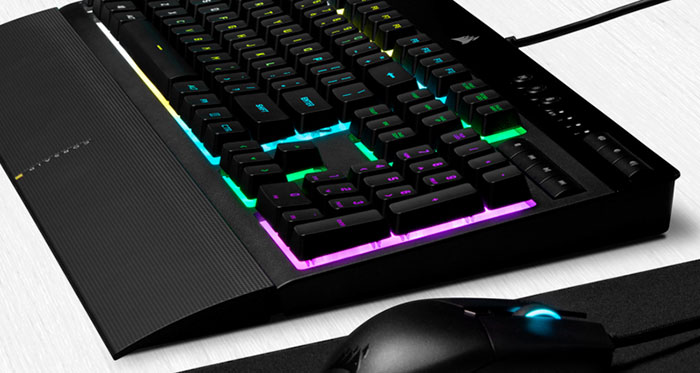 Other features worth a mention are the IP42 spill resistance of these keyboards. It isn't a very high rating but might save you from some accidental damage. It is also worth mentioning that at 481 x 167 x 36mm (without wrist rest) these keyboards are rather sizable pieces of desk furniture, especially compared to the recently HEXUS reviewed Corsair K65 RGB Mini. 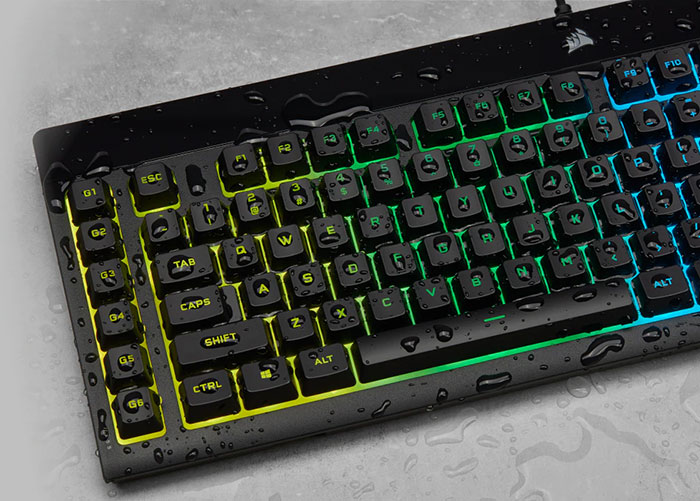 There is only one major difference between the Corsair K55 RGB Pro and Pro XT gaming keyboards and that is to do with the extent of their RGB support. The K55 RGB Pro has five zones of RGB lighting with six preset onboard lighting effects. Meanwhile, the K55 Pro XT introduces per-key RGB backlighting, with ten onboard lighting effects and the near-limitless customisation you can indulge in through Corsair iCUE software. 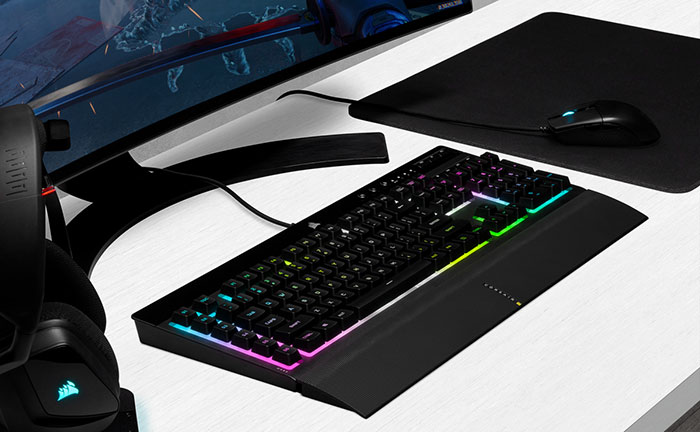 As Corsair keyboard model numbering increases the features become more premium and refined. Moving up to the K60 RGB Pro, for example gets the buyer an aluminium backplate for greater rigidity, and the Cherry Viola fully mechanical switches with NKRO and 100 per cent anti-ghosting make a showing here. Currently, the K60 RGB Pro SE is on sale at $89.99 in the US – just $20 more for your PC's primary input device. Other brands / keyboards are available.

kalniel
K55 is a full sized model I think. K65 is the TKL version, which I guess will be in line for a similar ‘update’ at some point.