Magic Leap has unveiled its next generation augmented reality headset / glasses. We don't have a lot of tech details at this time, but the device is scheduled for 'general availability' in 2022. Key Magic Leap customers and partners are already testing prototypes of the next gen device, so it is definitely in its later development stages. In related news, Magic Leap has managed to secure a further $500 million in funding, valuing it at $2 billion, with the funds earmarked for  accelerating growth. 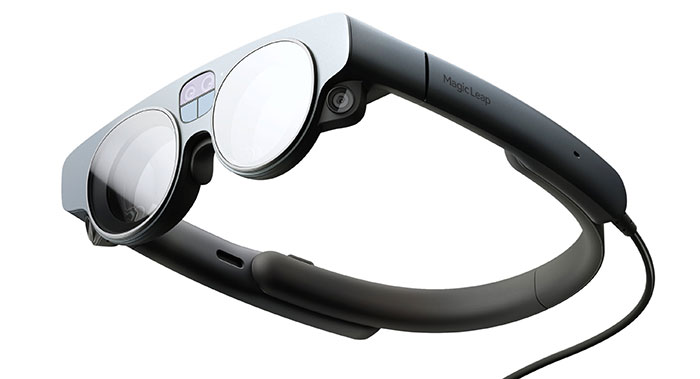 Magic Leap was founded back in 2010, with the aim of becoming a leader in AR, spatial computing, and 'cinematic reality'. Its first major product, the Magic Leap One, shipped in summer 2018, but by then its price / positioning was flexed towards the enterprise market, so much of its PR and marketing effort is now directed towards this segment.

The CEO of Magic Leap, Peggy Johnson, has been working hard to accelerate the company's shift to the enterprise market, carefully considering applications and building partners in sectors ranging from healthcare and manufacturing to defence and the public sector.

Advances present with the Magic Leap 2 should appeal to users of the current generation device and beyond. The Magic Leap 2 is claimed to be "the industry’s smallest and lightest device," and this time it has been designed with the intended market (enterprise) in mind – and the product is thus market led rather than engineering led. Magic Leap says the next gen device is more immersive and comfortable than ever, with the largest FOV available in the industry. It also says that display dimming, reacting to your environment's lighting, will make the Magic Leap 2 more comfortable. 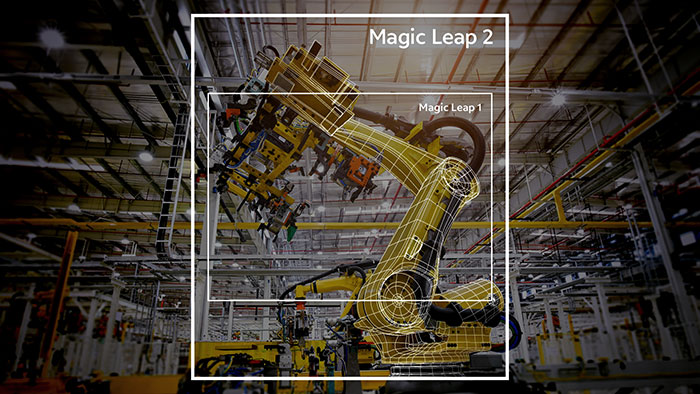 Back in June, HEXUS reported on Magic Leap partnering with AMD for a "semi-custom SoC", so that might be now installed within the new device. The old device was powered by an Nvidia Parker SoC (two Denver 2.0 64-bit CPU cores, four Arm Cortex A57 64-bit cores, along with an Nvidia Pascal GPU with 256 CUDA cores).

The investment position with Magic Leap is an interesting one. It raised $2.6 billion in total to create its first AR headset, but consumers weren't interested. Luckily it managed to gain enterprise customers, and halved the workforce in 2020, to keep rolling, with its new 'enterprise company' focus and development goals. The new direction, and belief by investors that AR/VR will be massive in the near future (IDC reckons the market will be $140 billion in 2024), meant the company could raise $500 million at a $2 billion valuation this week.

It is indicated by the Magic Leap CEO that once the company enjoys solid success in its target enterprise market, it will again consider the consumer side of things itself, or via partners and licensing.

Other sources: Venture Beat, The Verge.

Posted by philehidiot - Tue 12 Oct 2021 10:40
I could be interested. I've been looking for a targetting interface for my middle lane hogger “solution”. This could be ideal.
Posted by rave_alan - Tue 12 Oct 2021 14:47
I am waiting for glasses that would scan o bjects like laser scanners do now. But I guess it will be impossible due to the limits of the processing power for the nearest 5 years..