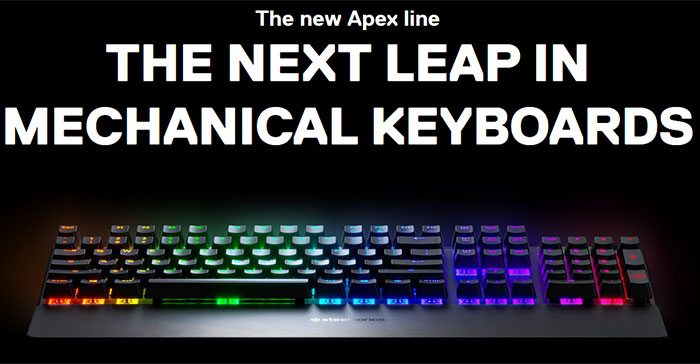 Rather than indulge in the 'speed wars' SteelSeries said it wanted to create a mechanical keyboard that would meet the needs of enthusiasts who need the best input characteristics for work and play. Five years ago it started development of the OmniPoint switch which it sees as an answer to the quest it had set itself. After much development work it has reached the point where OmniPoint switches are ready to go to the market in the new Apex Pro keyboards.

"Using magnetic fields (also known as Hall effect), OmniPoint switches measure the exact distance
that a key is pressed at all times. This allows each key to be adjusted to the exact point at which
you want it to register."

You may have heard of the Hall Effect being used by other keyboard makers for analogue keyboard control. For example the deeper you press a key the faster your character will run. However, SteelSeries is using the effect to create a simpler effect - adjustable key actuation travel distances. 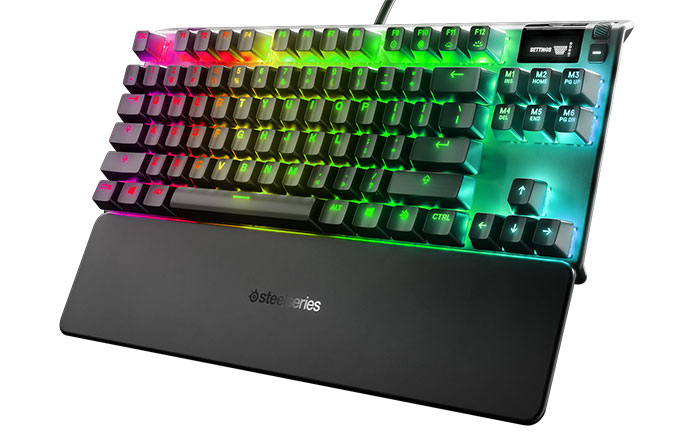 Above I've sketched out the black & white use cases but your preferences might lie somewhere between the extremes in any use cases you have. The system is even more flexible though, as "the sensitivity of each key uniquely customizable," and SteelSeries software allows for adjustments such as making the WASD cluster only super-sensitive, or setting the G in particular to a deeper actuation so you "never huck a grenade unless you really, really, meant to huck it". 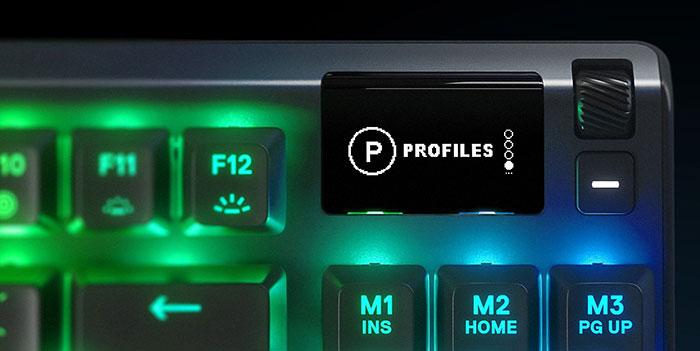 Some other important points to note are that the OmniPoint switches have a similar feel to non-tactile switches like Cherry Reds. Thanks to the magnetic replacement of mechanical components they should be more durable too - guaranteed for 100 million keypresses (2x the industry standard), says SteelSeries. 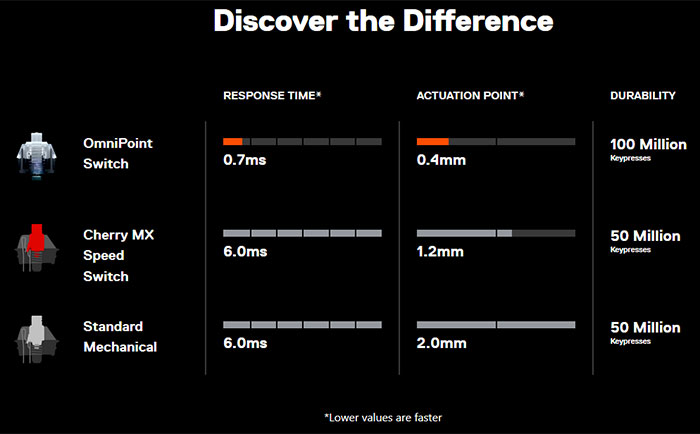 The SteelSeries Apex Pro and Apex Pro TKL are coming soon, priced at £199 and £189 respectively.

For those who appreciate a quality connection!

Posted by Usernamist - Wed 29 May 2019 12:22
Now this is actually cool. If it turns out to work well and last long, they'll definitely be worth the price
Posted by Ballantin - Wed 29 May 2019 16:28
I think it's great. A mix between the customizable actuation point and analog functionality will be ideal though.

Regarding durability, you will probably replace the keyboard because it is filthy and the leds are not bright anymore before any of the actual mechanical switches really fails.
Posted by azrael- - Thu 30 May 2019 07:46

Ballantin
I think it's great. A mix between the customizable actuation point and analog functionality will be ideal though.

Regarding durability, you will probably replace the keyboard because it is filthy and the leds are not bright anymore before any of the actual mechanical switches really fails.

The switches usually aren't the problem. The key caps are, and sadly most of the time proprietary switches are married to substandard key caps.
Posted by Zak33 - Thu 30 May 2019 15:58
can I steer a car with them then? Because if so… happy days!
Posted by zaphod159 - Sun 02 Jun 2019 20:03
I wonder if it will actually rival wooting