You are here:
Peripherals Xbox Reviews

Anyone in the market for a high-quality gaming headset ought to have a SteelSeries Arctis on their radar. The long-standing range is renowned for offering decent sound quality in a familiar form factor that gamers know and appreciate, and new models touting support for the latest consoles are never far away. 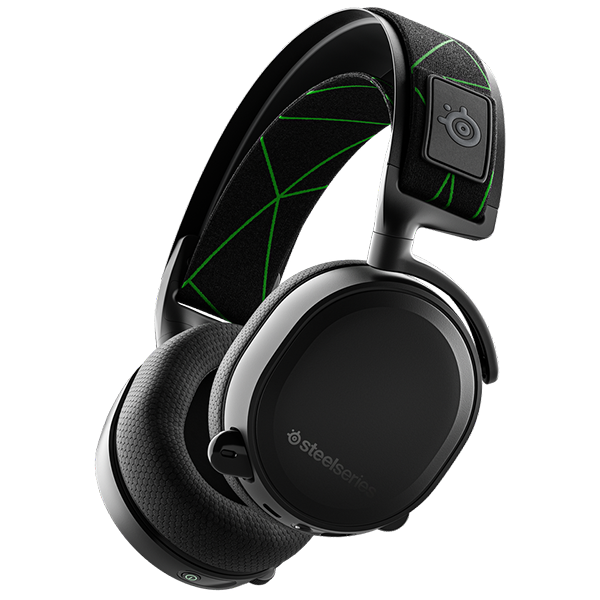 What's the difference between the PlayStation and Xbox models, might you ask? Well, colour is the obvious point of differentiation, as the 7X is black with green highlights, whereas 7P is blue on white. There are important hardware variances, too, as while both ship with a USB-C dongle, the 7X's is a fraction bigger to accommodate both Xbox Wireless and USB connectivity, with a small toggle switch allowing users to alternate between the two.

Technically, that makes the 7X the more versatile headset as it will function with a wider variety of devices, including Xbox, PlayStation, Nintendo Switch, PC and Android. 7P, on the other hand, will support all of the aforementioned except Xbox.

SteelSeries' focus on versatility ought to be applauded, yet if you happen to game strictly on Xbox, you might lament the fact that you have to use a dongle at all. It's an extra step compared to communicating directly via the Xbox Wireless protocol, and confounding matters, it won't have escaped your attention that no Xbox games console - current or last gen - has an available USB-C port. This means the dongle has to be tethered via a bundled USB-C to USB-A cable, resulting in a setup that falls short in terms of overall refinement.

These are first-world problems, mind, and if you do all your gaming on Xbox, there's always the £180 Arctis 9X, which connects directly to Xbox consoles with no cable or dongle required, and unlike the 7X, also supports Bluetooth for simultaneous smartphone connectivity. 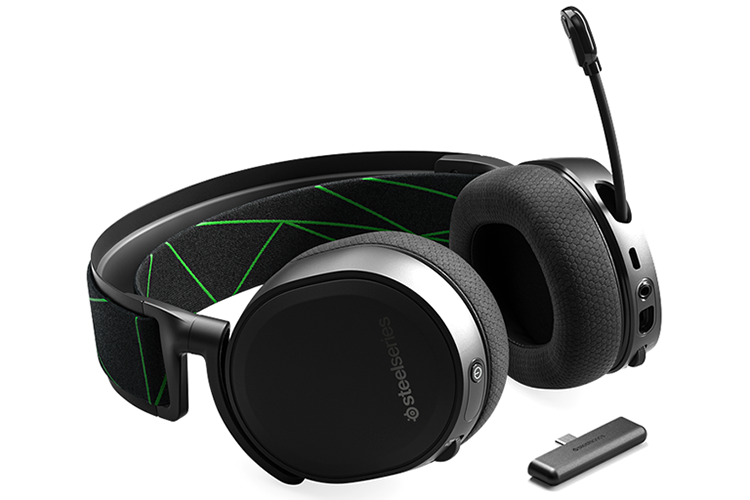 The Arctis range is not short of choice, but whichever headset suits your usage scenario, you're all but guaranteed a quality build with high levels of comfort. SteelSeries' ski goggle suspension headband is so pleasant to wear that we're surprised more headsets don't take the same approach, and an added benefit of the strap being adjusted further up is that the cans can rotate 90° to lay comfortably on your chest when the 352g headset is resting around the neck. It is a tried-and-trusted design that works very well.

'AirWeave' fabric earcups feel cosy against the skin with no pinching and acceptable levels of warmth, and as far as gaming headsets go, the Arctis range scores better than most in the wearability department. For my large head, Arctis 7X is even comfier than the recently reviewed HS75, though Corsair's headset is the better-looking of the two.

Comfort needs to be married to sensible controls and SteelSeries gets most things right. The left earcup, sporting the retractable mic, is home to a tactile mute button, volume dial, mobile cable jack (for use with the bundled 8-pin to 3.5mm cable), 3.5mm headphone share jack, and a micro-USB charging port that really ought to have been upgraded to Type-C. Over on the right earcup there's the power button and a ChatMix dial with a distinct halfway notch. Arctis 7X's controls work as expected and are easy to locate, but do note that the ChatMix dial, used to balance game and chat audio, is exclusive to Xbox and won't function on PlayStation.

There are no surprises in the sound department as SteelSeries is using the same 40mm neodymium drivers as the existing Arctis 7, resulting in a balanced sound that leaves room for further customisation. Using out-the-box settings, the 7X could be deemed somewhat flat for gaming purposes, and lacks the boomy bass and snappy treble associated with rival gaming headsets.

Some will appreciate the neutral approach, and the resulting detail and clarity bodes well for music, but I personally prefer more oomph and favour the Corsair HS75 for gaming duties. It is also worth pointing out that while the Corsair benefits from Dolby Atmos immersion, the Arctis 7X relies on Microsoft's default spatial sound setting, Windows Sonic, which isn't quite as impressive. The headset is technically compatible with Dolby Atmos, but doesn't include a license and as such users will need to cough up a further £14.24 to unlock such functionality. 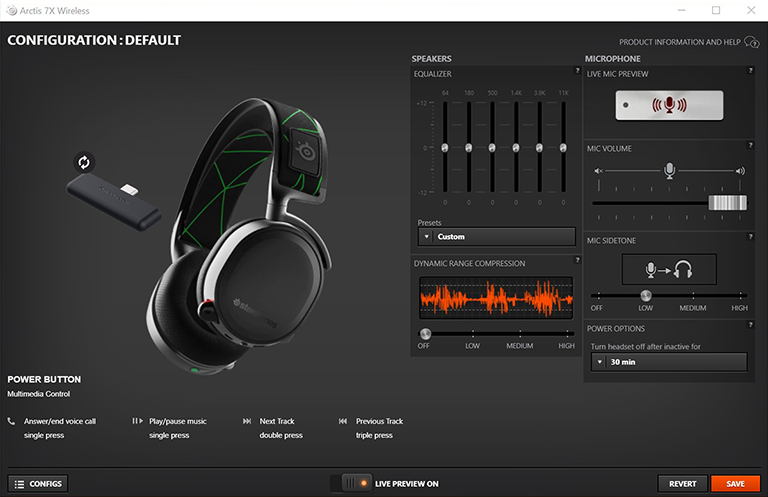 If the default sound profile is a little too subtle for your liking, it's worth attaching the Arctis 7X to a PC, where the SteelSeries Engine companion app can be used to tweak the equaliser. To our ears the gaming experience benefits greatly with a little fine tuning, and that being the case, it's a shame there's no way to alternate between presets directly from an Xbox console.

When you do hit the audio sweet spot Arctis 7X delivers a well-rounded experience that's bolstered by a 40ft wireless range, best-in-class battery life of up to 24 hours, and a retractable Discord-certified ClearCast microphone. Retractable is in our estimation more convenient than detachable for a gaming headset, and SteelSeries' solution delivers above-average voice quality with the added benefit of a red mute LED that makes it easy to identify when the microphone is open.