You are here:
Network CPU News 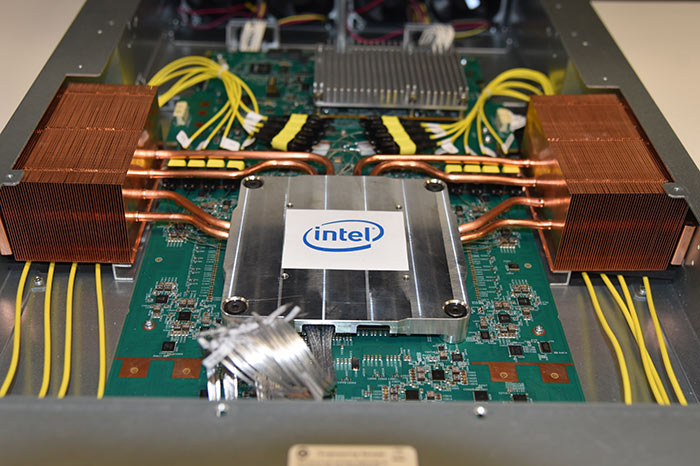 Data centres are keen to find cost-effective very high bandwidth interconnects and Intel is looking to satisfy this demand better than rivals with a blend of its silicon photonics tech and programmable Ethernet switch tech from Barefoot Networks. As a reminder, last year Intel acquired Barefoot Networks, a leader in Ethernet switch silicon, to accelerate its delivery of Ethernet based interconnect fabric. 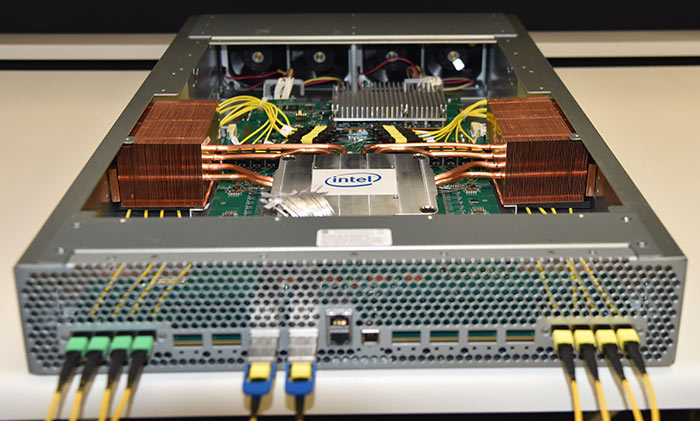 Currently high-end data centre switches "depend on pluggable optics installed in the switch faceplate that are connected to switch serializer/deserializer (SerDes) ports using an electrical trace," notes Intel. With the new co-packaged optics users can look forward to much greater efficiency and bandwidth scalability - mainly down to the fact that Intel's new solution offers reduced complexity, and greater efficiency with the optical and switch silicon on the same package.

Intel's Silicon Photonics Engines are modular arrays of transceivers built around integrated silicon photonics chips with on-chip lasers and high-speed modulators and detectors. They have started to become available in 400G pluggable modules ramping to volume this year. The new co-packaged modules are the fastest and most advanced yet. 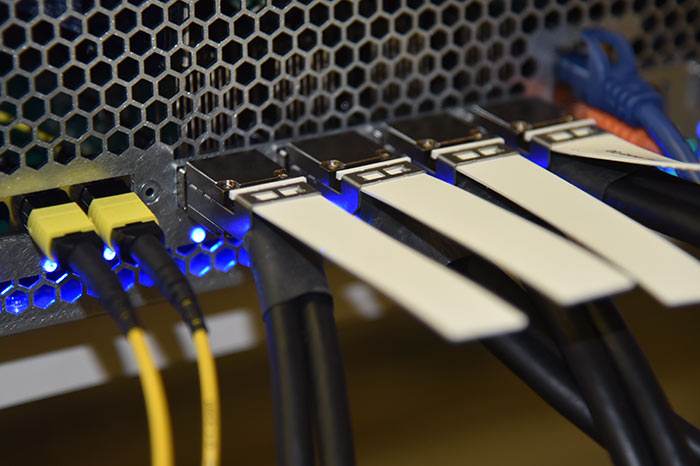 In other Intel news today, there is a lot of gnashing of teeth around the internet about a newly discovered Intel processor flaw. Apparently it could allow attackers to defeat processor encryption and DRM protections. Moreover, the flaw is in the ROM of the Intel Converged Security and Management Engine (CSME) and it is unpatchable. Last but not least the flaw is said to be present in millions of Intel CPUs sold over the last half decade.

On the positive side of things, this newly unearthed flaw is said to be extremely tricky to exploit. As The Register vividly puts it, "exploitation is like shooting a lone fish in a tiny barrel 1,000 miles away." What is more, the hacker would need specialised hardware plus physical access to your PC to have his/her wicked way with it.