HEXUS reviewed the Gigabyte Aorus FI27Q-P back in February this year and it won an Approved Award thanks to its resolution, speed, and bright 10-bit IPS panel with good colour gamut coverage. It was only marked down for its inverse ghosting, basic HDR support, and price. Therefore it is interesting to see Gigabyte has readied a successor to the Aorus FI27Q-P, which it claimed to be the "world's first tactical gaming monitor", in the shape of the Aorus FI27Q-X. The headlining change is the maximum screen refresh is now up to 240Hz. 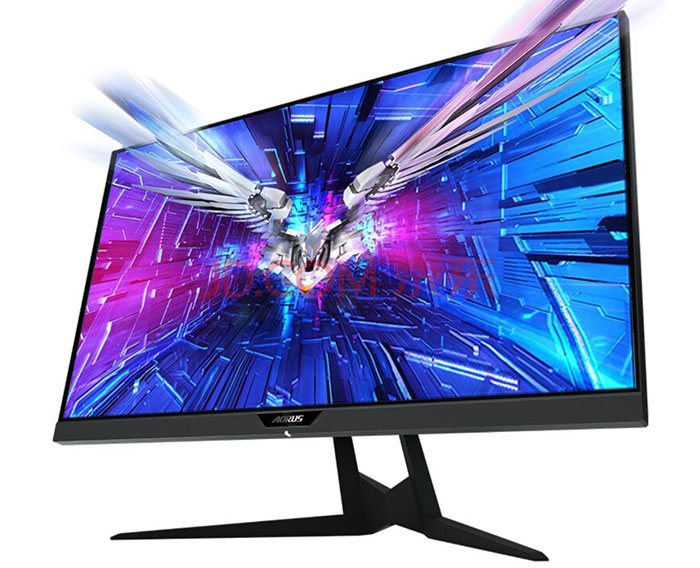 Currently the Aorus FI27Q-X is not listed by Gigabyte but its existence and a smattering of specs appear to be confirmed by a JD.com retail listing covered by Hardwareluxx on Monday, and a TFT Central post from last week. The major change noted is that this Adaptive Sync (AMD FreeSync, Nvidia G-Sync Compatible) supporting monitor has been upgraded from a max 165Hz to 240Hz panel. Another interesting change I noted was that the 1ms MPRT response time appears to have been improved to 0.3ms too. To get 0.3ms MPRT you need to use a strobe backlight setting that is incompatible with VRR.

Other key specs of this 27-inch gaming monitor with 2560 x 1440 pixels is that its IPS panel has a blur reduction mode, it covers 93 per cent of the DCI-P3 gamut / 142 per cent sRGB / 100 per cent Adobe RGB, 48-240Hz refresh, 1000:1 contrast ratio, 400cd/m2 brightness - and offers HBR3 support via DP 1.4 for simultaneous 10-bit colour, 240Hz refresh and HDR. TFT central dug up the panel manufacturer and model number – apparently it’s a Sharp LQ270T1JG04. Another site, PCMonitors.info, noted that the previous Aorus FI27Q-P, as reviewed by HEXUS, used an Innolux MC270KCJ-K7B panel, so this Sharp panel adoption marks more than a sideways change. 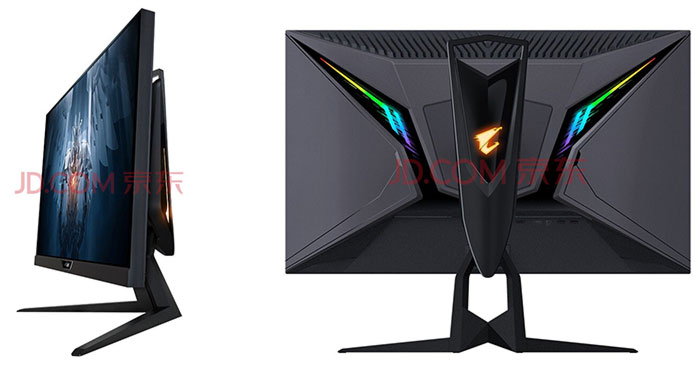 According to the various reports the design of the Aorus FI27Q variants have a lot more in common with regards to ports, bezels, stands, RGB and so on. I'd like to see a third party comparison or a review of the new model to confirm this and quality/performance though. At the time of writing we don't have any useful pricing or availability info.

wazzickle
No price on the article? OK scout's honour I haven't looked it up, who wants to play ‘guess how much rrrp will be’, I'll start with £900.

Looks to be much the same stuff in a smaller screen, so my guess are 700 GBP.