NexDock has featured in the HEXUS news pages twice previously. The first of our reports saw the 'dumb laptop' device touted as a great complement for Windows Phones featuring Microsoft Continuum (as reported in April 2016). We have obviously moved on from that era but other smartphones/OSes have been adding bigger-screen partnering features (like Samsung DeX) so the core functionality of the NexDock concept will surely still have some appeal. Thanks to support for second screens, NexDock Touch can be useful for Windows, Chromebook, and Mac users too. 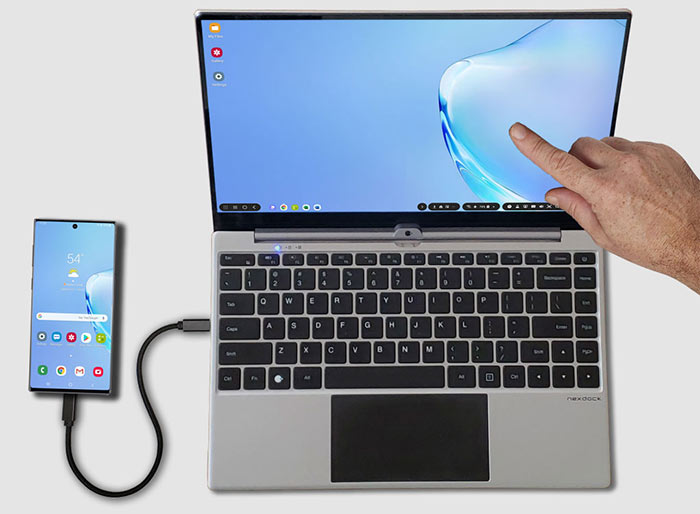 NexDock has been refining and improving its dumb laptop designs in the meantime and has just announced its latest and greatest development, the NexDock Touch. This is an improved version of the NexDock 2 with an integrated touch display. Key features of the NexDock Touch are bullet pointed below:

Standard features and ports brought over from the previous design are:

For mobile devices, the NexDock team has designed a special magnetic sidecar mount. You can see it in the pictures below and NexDock reckons it is a "perfect travel companion" for the device. 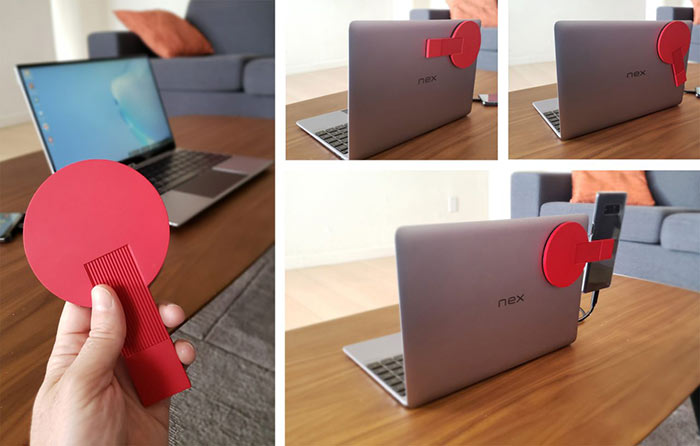 Previously NexDock devices have been crowdfunded but the firm seems to be moving away from that source of capital for this release. Instead, it is offering the following (until the end of July): customers put down a fully refundable US$100 to secure a NextDock Touch for $249 + shipping. The customer will pay the remainder of the $249 offer price when the device six week before the device ships on 31st August 2020. If you don't participate in this early bird scheme NexDock says the Touch will come with an SRP of $319. 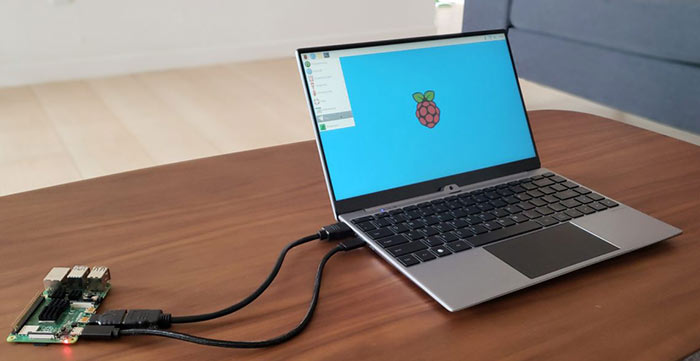 It is neater to mount the RasPi on the back of the screen if this is a regular use case.

Mass manufacturing is in progress and despite pandemic concerns the firm is confident of shipping all pre-orders by the end of August, as stated above.

Posted by Luke7 - Fri 05 Jun 2020 17:00
Considering its “dumb” - doesn't seem particularly cheap when you consider you could actually get a Chromebook for that price… I suppose it does have its uses though
Posted by LSG501 - Fri 05 Jun 2020 19:53
I just find this comical… Palm (and blackberry iirc) basically proposed companion devices for mobiles before they ‘went bust’ but pretty much every tech blog slated the idea and said it was stupid/pointless etc….

Now here we are with essentially the same concept getting praised etc.

Having said that I can kind of see a use for something like this in datacentres when you need to ‘plug into a server’….
Posted by Saracen999 - Fri 05 Jun 2020 22:42
This does make a certain amount of sense, especially (I suppose) for those that live their lives via a phone and don't really need a ‘proper’ computer, but occasionally would find proper screen and KB useful, like using online versions of desktop ‘Office’ apps for longeer/bigger tasks. It's not for me, though.