AMD 500-series chipset motherboards have been around quite a long time, with the first HEXUS review of one, an X570 Aorus Xtreme, appearing in August 2019. Conversely, the B550 chipset was rather late with our first review, a B550 Aorus Pro, appearing in June last year. However, one of the main reasons you might buy a 500 series chipset board - to support a new Ryzen 5000 desktop CPU - has only been a thing since November last year, see our (AMD Ryzen 9 5950X and Ryzen 9 5900X, and Ryzen 7 5800X and Ryzen 5 5600X reviews). 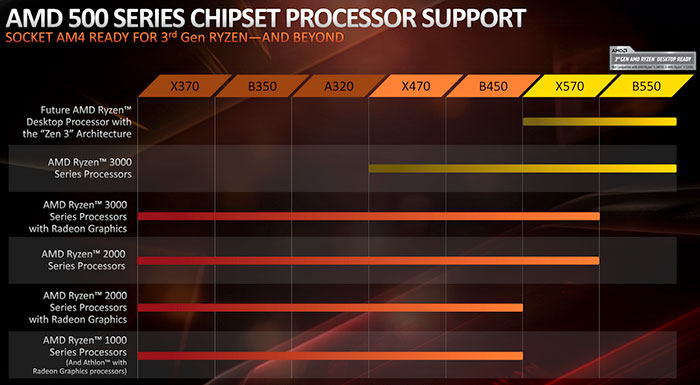 Around the time that the first Ryzen 5000 series processors started to become available an upswell of users raising USB connection stability issues began discussing their problems with 500 series chipset boards, on public forums and places like Reddit. The typical symptoms would be that as you were using your PC you would notice USB storage or other peripherals 'randomly' disconnect.

Initially it was thought the USB disconnect issue might be something to do with Gigabyte / Aorus motherboards, but it has become clear that it affects the whole menagerie of AMD's board partners, and some have talked of similar problems on previous generation chipsets and CPU families, but that is another story.

Due to the growing profile of the USB disconnect issue, AMD has decided to 'crowdfund' some research via Reddit. It released the following statement to collect an orderly line of replies from those affected:

"AMD is aware of reports that a small number of users are experiencing intermittent USB connectivity issues reported on 500 Series chipsets. We have been analyzing the root cause and at this time, we would like to request the community’s assistance with a small selection of additional hardware configurations. Over the next few days, some r/Amd users may be contacted directly by an AMD representative (u/AMDOfficial) via Reddit’s PM system with a request for more information.

This request may include detailed hardware configurations, steps to reproduce the issue, specific logs, and other system information pertinent to verifying our development efforts. We will provide an update when we have more details to share. Customers facing issues are always encouraged to raise an Online Service Request with AMD customer support; this enables us to find correlations and compare notes across support claims."

Collaborating with the community looks like a good way to narrow down component combos and use cases where this issue raises its head. Checking quickly through the comments it seems like lots of users already have come across coping mechanisms and know their sensitive USB ports, combos of ports in use, or applications which might cause the issue to trip. One particular use case that trips up AMD 500 series USB connectivity quite commonly appears to be using VR peripherals.

Hopefully, this AMD Redditor collaboration will be useful and there will be a follow-up from the official AMD account to explain what was wrong and how it was fixed.

AMD has confirmed that AGESA update 1.2.0.2 is on the way to fix intermittent USB connectivity.

"We would like to thank the community here on r/AMD for its assistance with logs and reports as we investigated the intermittent USB connectivity you highlighted. With your help, we believe we have isolated the root cause and developed a solution that addresses a range of reported symptoms, including (but not limited to): USB port dropout, USB 2.0 audio crackling (e.g. DAC/AMP combos), and USB/PCIe Gen 4 exclusion.

AMD has prepared AGESA 1.2.0.2 to deploy this update, and we plan to distribute 1.2.0.2 to our motherboard partners for integration in about a week. Customers can expect downloadable BIOSes containing AGESA 1.2.0.2 to begin with beta updates in early April. The exact update schedule for your system will depend on the test and implementation schedule for your vendor and specific motherboard model. If you continue to experience intermittent USB connectivity issues after updating your system to AGESA 1.2.0.2, we encourage you to download the standalone AMD Bug Report Tool and open a ticket with AMD Customer Support."

Posted by AnonAnon - Mon 22 Feb 2021 11:10
I hope it's fixed soon since I'm about to build a Ryzen 5800X system.
Posted by Tabbykatze - Mon 22 Feb 2021 11:29
Not really noticed this with my Asrock Phantom Gaming X but thinking back, I do remember hearing one of my external devices doing the bonk disconnect/connect but I just thought nothing of it as its never happened when I've been actively using it.

CAT-THE-FIFTH
Have they addressed the various problems with the Realtek RTL8125 2.5GbE LAN??

I thought it was the Intel LAN that was bokred :Oops: That's what nudged me towards a GB board over Asus :V