AMD's senior technical marketing head, Robert Hallock, has been busy on social media clearing up a few things about the upcoming Ryzen 3000 Zen 2 CPUs and compatible motherboard chipsets. First of all, Hallock addressed uncertainty over PCIe Gen 4 and pre-X570 motherboards. In a reddit post this weekend, Hallock said that "Pre-X570 boards will not support PCIe Gen 4," despite some tech news and social media chatter he had observed. Hallock reasoned that "There's no guarantee that older motherboards can reliably run the more stringent signalling requirements of Gen4, and we simply cannot have a mix of 'yes, no, maybe' in the market for all the older motherboards," adding that "The potential for confusion is too high." 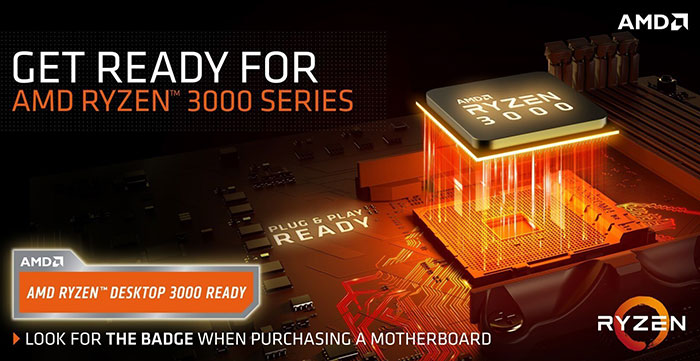 Some people had spotted (see image below) that an option for PCIe Gen 4 connectivity appeared with AMD 300 and 400 series chipset motherboards when the latest AMD BIOS updates arrived ahead of Computex. However, this is an error by AMD and its partners. "When final BIOSes are released for 3rd Gen Ryzen (AGESA 1000+), Gen4 will not be an option anymore. We wish we could've enabled this backwards, but the risk is too great," explained Hallock in his reddit post. 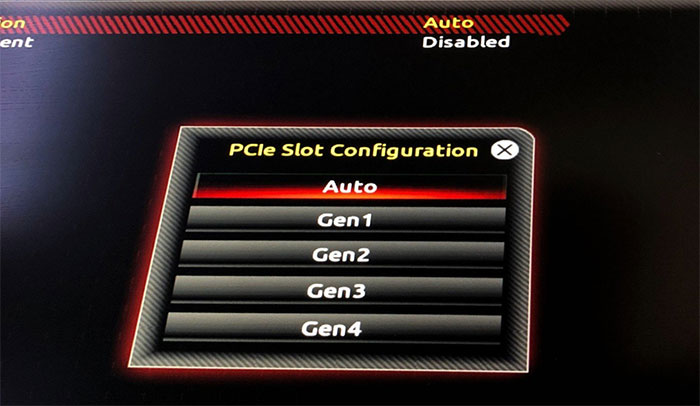 A couple of days ago PCGamesN chatted with Donny Woligroski, part of the enthusiast desktop marketing team at AMD. Woligroski was asked about what, if any, performance deficit would there be if existing high-end AMD motherboards were used with the latest Ryzen 3000 Zen 2 CPUs. "Just because the X570 exists," answered Woligroski, "and just because the X570 is the most advanced chipset you can get in 2019, that doesn't mean that the B450 or X470 chipsets are no longer relevant."

Getting to the point, Woligroski added the following information "If someone’s searching for a platform, and doesn't really need that enthusiast-class PCIe Gen4 storage, or you’re not planning to buy a PCIe Gen 4 graphics card in the next six months to a year, it makes a lot of sense to look at those lower-tier boards like the X470 and B450, which will offer the same performance on those 3rd Gen Ryzen processors as the X570 will."

Using a Matisse processor on a 300-series motherboard is "a little more complicated," according to the source article. "Our partners are looking at the most prolific boards in X370 and B350," said Woligroski, "and if they can upgrade them with beta BIOSes, they're doing that." HEXUS has previously reported upon the 300 and 400 series BIOS update plans of the big three; Asus, Gigabyte and MSI.

Last but not least in this morning's set of AMD Matisse updates, and AMD's Robert Hallock has provided another useful info nugget via social media. This time Hallock has directly addressed the question about whether metal solder will be the TIM on the new processors. Via Twitter Hallock replied to one such enquiry with a simple confirmatory phrase, confirming that Ryzen 3000 Zen 2 CPUs will be "soldered like a boss". This isn't really a surprise as AMD has used solder on earlier generations.

Under the IHS, Matisse will be based upon a dual-chip module for the higher-end series, but only a single module for mid to lower end parts. Additionally there is a 14nm controller for I/O within the chiplet design.

Posted by PC-LAD - Mon 03 Jun 2019 10:22
I can't see this really mattering to the mainstream gamer, we have the storage speeds we want and I don't think the graphics side of things will have a quantifiable performance gain so. oh well.
Posted by LSG501 - Mon 03 Jun 2019 10:44
Understandable in all honesty and tbh it's not like we ‘need’ pcie4 for anything right now. SSD's aren't exactly slow on pcie3 and graphic cards aren't anywhere near needing the bandwidth just yet.

So it's really only ‘fringe’ cases that will make use of the bandwidth and most will likely do a full upgrade if that's the case anyway.
Posted by darcotech - Mon 03 Jun 2019 11:08
This is non-issue. The day you are really going to need the speed of PCIe gen 4 in consumer market, you will probably going to change socket and cpu. We are probably good for next 2-3 years.
Posted by Friesiansam - Mon 03 Jun 2019 11:09
Given that it appears some manufacturers already have PCI-e5 devices in the works and that I upgraded only last year, I think I may well be able to bypass PCI-e4. My upgrade cycle is not a short one…
Posted by spacein_vader - Mon 03 Jun 2019 11:10
Is gen 4 just a click speed jump then? Surely any technical changes would need compatible silicon anyway?

My aim is to nurse my Haswell i5 through till passively cooled gen 4 is available for a sensible price. If that ckninsides with ddr5 so much the better as I can skip 4 then.