AMD has issued a bulletin to provide support to users of its AM4 platform who are having difficulty booting a system equipped with one of the 2nd Generation Ryzen desktop processors. More specifically, a number of users have contacted AMD as they have bought one of the new Ryzen 5 2400G and Ryzen 3 2200G processors and paired it with an AM4 motherboard only to find its 'impossible' to get the system up and running.

In its description of the problem AMD seeks to soften the predicament by saying how the AM4 platform has been "designed to be a long life, fully featured, scalable solution with support for multiple processors, with varying capabilities." AM4 has been around since early 2017 so it is not surprising, it is inferred, that some newly released processors will cause operational wrinkles on boards without the latest BIOS. It is all down to the "rapid pace of innovation", says AMD - and who doesn't want that? 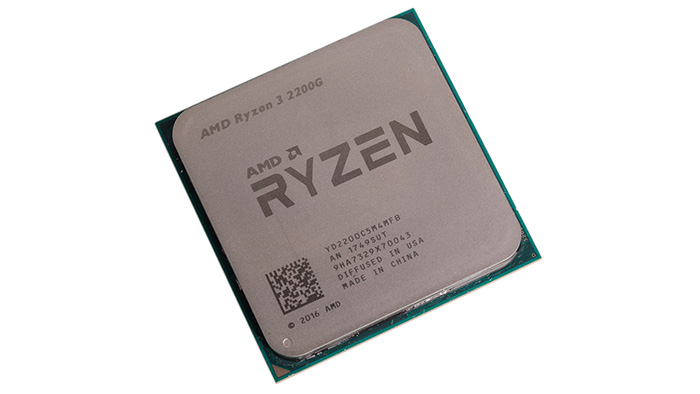 As seasoned PC builders would have already concluded, "the boot up issue likely means a system is running an early BIOS that does not have support for newer processors". This could easily happen with a new old-stock motherboard purchased, perhaps at a bargain price, used with a shiny new AMD Ryzen 5 2400G or Ryzen 3 2200G, for a new build.

Your location and what other computer parts you might have on your shelf determine the workaround you will have to take, if you find yourself in the above predicament. The easiest option, with little or no shoe-leather cost, is if you are installing the new 2nd gen Ryzen in place of an earlier processor - then you can make sure your motherboard BIOS is up to date before you switch to the new processor.

AMD would like you next to try and get an update from the retailer. It says "check with the retailer to see if they can facilitate the BIOS update at their location." That might or might not be convenient but will likely incur time/travel/postage costs. If the retailer isn't responsive, or it's just not an option for some reason, AMD suggests that next you should try the motherboard maker direct, who "will support affected end users with an RMA exchange for a compatible motherboard, upon request."

Lastly, if the above options are exhausted AMD says it will "provide affected and qualified users a boot kit to perform the BIOS update on their motherboard". This free-of-charge service offered through AMD warranty services requires you to visit https://support.amd.com/en-us/warranty/rma and fill in the web forms with the description of the problem entered as 'Boot kit Required' (without quotes). Before you go to that page jot down your product name, part number, and serial number ready to be filled in. 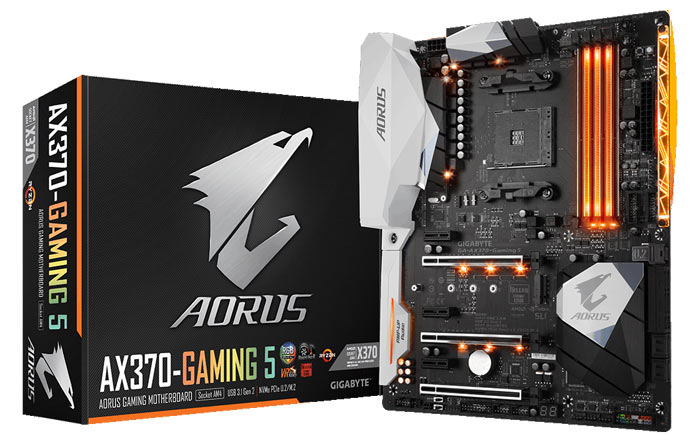 The Editor told me that he came face to face with the above failure to boot issue when he began testing one of the 2nd gen Ryzen processors on the Aorus AX370 Gaming 5. Luckily HEXUS does have a few first gen AMD Ryzen chips in the office, so it wasn't a great difficulty to pop one in to upgrade from the Gigabyte F8 BIOS to the latest F10 release (dated 8th Dec 2017, and since superseded by BIOS F20 and F21) for the board.

Posted by zsde - Wed 14 Feb 2018 19:14
Not sure why this is being made a “headline” issue. New BIOS releases have been the norm for Intel and AMD for decades whenever a new set of CPUs are released that are socket compatible.
We have to commend AMD though for the additional option of: “provide affected and qualified users a boot kit to perform the BIOS update on their motherboard”.
Now that is going out of their way to accommodate those who should really be served by the place of purchase to ensure that the MB is ready to support the selected CPU.
Posted by CAT-THE-FIFTH - Wed 14 Feb 2018 19:50
As I said in the AMD Zen thread it's 2018 and I don't understand why you need a CPU to be able to just update a BIOS for modern AMD and Intel boards.

CAT-THE-FIFTH
As I said in the AMD Zen thread it's 2018 and I don't understand why you need a CPU to be able to just update a BIOS for modern AMD and Intel boards.

It was the same issue if you happened to buy a Kaby Lake CPU and bought an H110 board.

It would indeed be nice if it were able to be done without the CPU.
Posted by =assassin= - Wed 14 Feb 2018 23:33
I remember when I got my Intel 875k back in 2010, it was so new that motherboards being sold needed an update to the BIOS as well. Thankfully, Scan contacted me after I had ordered, and offered to update it for me providing I was ok with them opening up some components before shipping. Still running that PC now!