Just ahead of the weekend Overclockers UK hosted a live Q&A session on Facebook with James Prior, senior product manager at AMD. During the questions and chat some important aspects of AMDs plans going forward were confirmed and other plans brought to light.

Most enthusiasts prefer motherboards to last over several CPU generations and AMD is listening attentively. If you have already built a Ryzen system and splashed out on a new AM4 motherboard to match, you will likely be delighted to hear confirmation that AMD will keep faith with the platform until at least 2020. Ryzen 2 is on the way and supports AM4, as will the new range of Zen/Vega APUs. 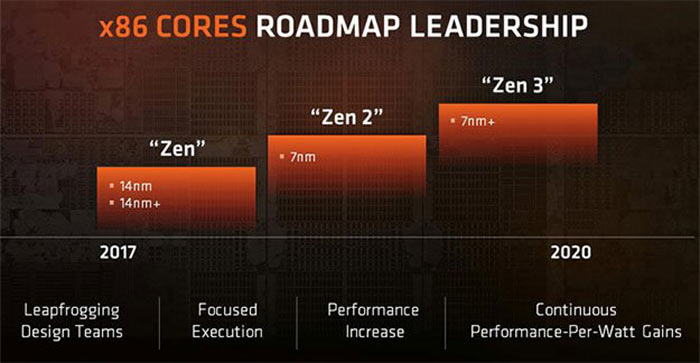 As new processors are released AMD's motherboard partners will only have to update the BIOS to ensure compatibility. Historically major motherboard manufacturers have been pretty good at making timely BIOS upgrades when new processors come out, so this shouldn't be a problem. 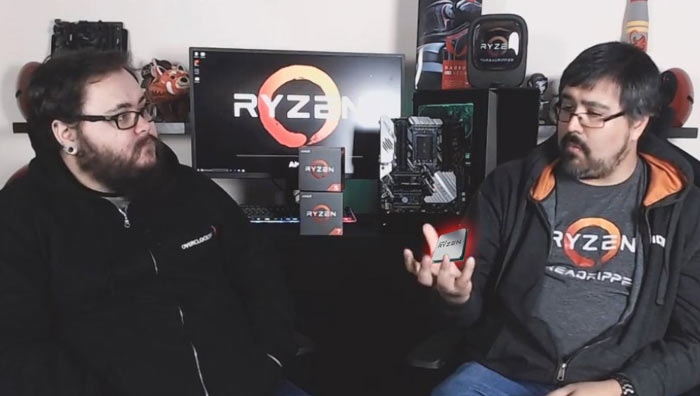 There were a few questions about GPUs in the Q&A too. Vega 64 and 56 supply and demand is an issue it seems. Prior told OCUK that AMD will be halting production of reference boards, to allow more chips to get to graphics card partners for custom designs. Late last week we saw Gigabyte and XFX launch their own designs and we are sure there will be more along shortly.

I guess when you've sort of had a monopoly on performance processors, there's money to be made. Wonder if Intel and EA follow the same sales strategy ;)

I'm really psyched for Zen 2. If they can sort out some of the issues from the Zen, single thread performance, gaming, etc. My PC's already several years old, so the Zen 2 should be just in time for an upgrade.
Posted by azrael- - Mon 04 Dec 2017 11:22

ksdp37
Intel needs to learn from this, practically issuing a new socket with each iteration of virutally the same core CPU architecture.
<SNIP>

How about the stop gap solution that is Z370? Motherboards using that chip (set) will be outdated in about 6 months.
Posted by rainman - Tue 05 Dec 2017 08:55
Seriously, this whole motherboard/socket compatibility thing is just a smoke screen thrown up by the AMD fanbois and AMD are leveraging it for marketing purposes.

When you upgrade and you dump between £500 and £1000 on your next rig then personally the only upgrade that I'm going to consider in the subsequent years is going to be either a graphics card or a larger SSD. Everything else I bought I would hope that I'm going to get a good 4-5 years out of. If you already built something based on a Core i3 or i5 then an upgrade to next years CPU doesn't hold sufficient benefit since framerates in games just aren't constrained by CPU. Everyone seems to pick on the fact that each new generation of Intel CPU only gives a modest uplift anyway, so that in itself is telling you that the bang for your buck lies in a next gen GPU upgrade and not your CPU, in which case motherboards, chipsets and sockets are all a moot point unless you're after something specific like the latest gen USB - in which case just buy a cheap add-in card to provide that must-have feature.

An extreme example, but I just upgraded my Core i7-3930K (which was 6 years old) to a Core i9-7900X. Yes it's a lot of money but I'm not planning an upgrade to a motherboard or CPU for another 6 years, so I'd certainly hope there would be a chipset and socket update between now and then and the more the better, because that tells me that my chosen CPU brand is continually thinking about architecture from front to back and not holding onto anything legacy. There has to come a point where maintaining socket compatibility starts to hold a newer architecture back, and I honestly believe that AMD are playing this worthless card to pander to AMD fans at the potential cost to their own architecture down the line. To be honest, they're only making a commitment to the same socket for another couple of years which isn't far from what Intel have done anyway!

Despite all the multi-core hype most people seem to have finally realised that where gaming performance is concerned then IPC is still the defining factor, so even if you bought last years quad core i5 it's still a tough call to honestly justify an upgrade to a hex core i5 other than for sheer bragging rights.
Posted by scaryjim - Tue 05 Dec 2017 09:07

rainman
Seriously, this whole motherboard/socket compatibility thing is just a smoke screen thrown up by the AMD fanbois and AMD are leveraging it for marketing purposes. …

The last 4 desktops I built have all had a CPU upgrade in their lifetime. In the Intel cases, I've *had* to buy second hand because it was impossible to buy a new CPU for the motherboard in use.

This Christmas someone is getting a completely new subsystem because my only upgrade option for their system would be a 5 year old second hand chip. That subsystem is on socket AM4 because that gives them the posibility of upgrading in 2 - 3 years' time … which they almost certainly will.

Your use case isn't the only one. AMD are pushing platform longevity because some people really care about it. It's a long way from being a smokescreen.