Details about a new 'whitebook' gaming laptop from Intel have emerged via Germany's WinFuture, citing sources in the Taiwanese PC hardware industry. This gaming laptop is dubbed the NUC X15, codenamed King County, and it is claimed it won't only be made available though the usual systems partners like XMG – in some regions Intel will sell these laptops as barebones kits like its other NUC products.

Specifications and configuration options for the NUC X15 look appealing, if you are already considering a laptop based on Intel CPU and Nvidia GPU. As the name might suggest, this is a 15.6-inch laptop, and its display options will span 1080p to QHD, and 144 to 240Hz. The image Win Future shared also shows that the laptop will have multi-colour keyboard lighting as well as palm-rest edge lighting effects. 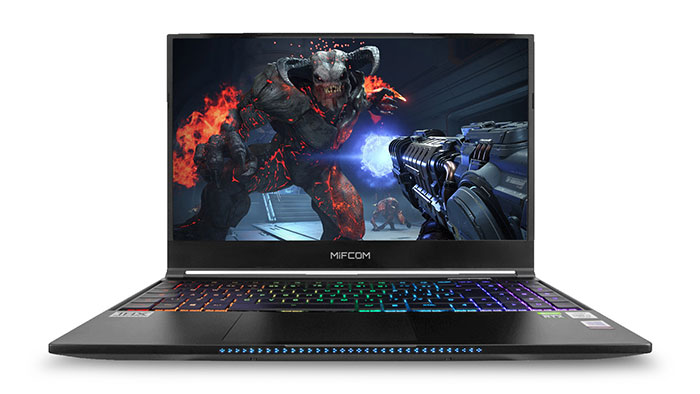 Graphics options are provided by the choice between two Nvidia Ampere laptop GPUs, the GeForce RTX 3060 or GeForce RTX 3070. It isn't clear whether you can have any CPU/GPU combo that you wish, or there will be some permutation limit here.

Other key tech specs of the NUC X15 include; support for up to 64GB of DDR4, two PCIe slots for SSDs, one of which is connected via PCIe 4.0 x4, Wi-Fi 6 and Bluetooth 5.1 support, a full-size HDMI 2.0b output, and DisplayPort 1.4b support. Thunderbolt 4 is also on board.

As a laptop, it would be good to have some info about battery capacity and how long this machine can run for under different workloads when unplugged. Overall, the package sounds appealing, depending on the price, of course.

No release date or pricing is discussed by the source, but as a TGL laptop/barebone it makes sense to get this to market soon, before people start waiting for ADL, or other advancements to materialise.

Zhaoman
What's a barebone laptop? Do you have to build it yourself?

I assume it's what Clevo do. You get screen, mobo, cooling, etc and you specify those parts which are made possible to specify.
Posted by Xlucine - Fri 20 Aug 2021 21:47
I'm surprised they're launching this with muscular intel dGPUs around the corner. Intel can be a bit disjointed at times

Zhaoman
What's a barebone laptop? Do you have to build it yourself?

Bring your own RAM, SSD, and windows licence.