HP has written to HEXUS, announcing several new gaming hardware products as part of its 'Spring Gaming press briefing'. Among the highlights are firm's new Omen 16 and Omen 17 gaming laptops (both with up to QHD screens), and the Victus by HP 16 laptop. HP also introduced some new software, in beta - community gaming with Omen Oasis Beta feature in its Omen Gaming Hub. 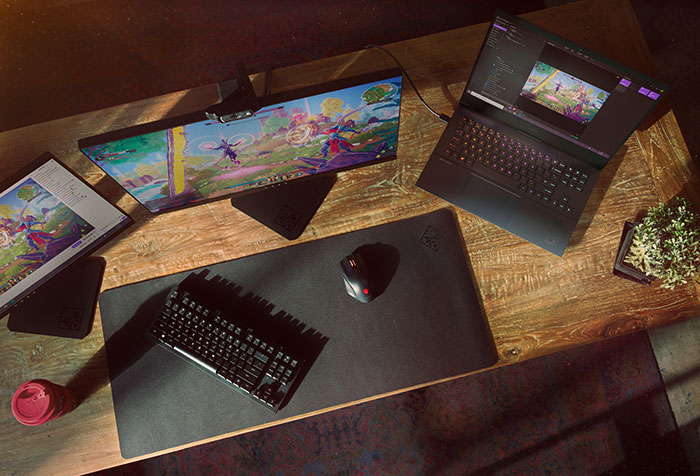 The HP Omen 16 has processing power provided by your choice of up to an Intel Core i7-11800H or AMD Ryzen 9 5900HX mobile processor. For the discrete GPU, HP is offering configurations with up to an Nvidia GeForce RTX 3070 Laptop GPU 8GB or "AMD RDNA 2 architecture-based graphics". That latter graphics option is obviously referring to the as yet unannounced AMD Radeon RX 6000M series. Sadly, the press release and downloadable materials divulged nothing further. Users also get choice of configurations with up to 32GB DDR4 3,200MHz and 1TB PCIe Gen 4x4 SSD.

The AMD Ryzen machine has a lower base model spec with the new GeForce RTX 3050 Ti instead of the RTX 3060 in the Intel version. 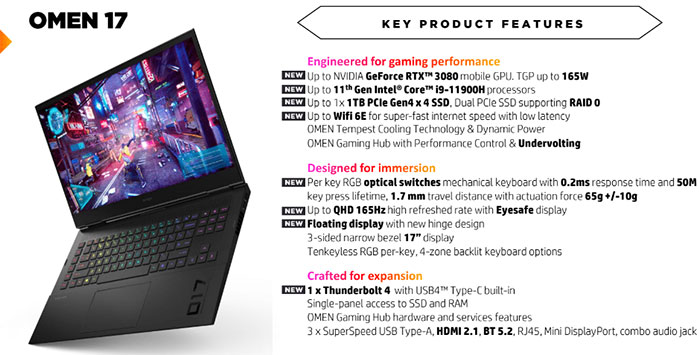 Whether you get the Omen 16 or 17 HP touts the qualities of its latest Omen Tempest cooling technology which uses new thinner fans with higher blade counts, significantly larger vents, and a 3 to 5°C cooler keyboard deck when under load – compared with a previous gen Omen 15. In other comparisons, the new Omen 16 is said to be "almost the same size" as the previous Omen 15. Both the Omen 16 and 17 feature TKL backlit keyboard layouts with a macro key row, with the Omen 17 featuring per-key RGB optical mechanical switches for the first time in any HP laptop.

The Victus by HP 16 gaming laptop is the first product of a new series of "accessible, yet elevated," PCs from HP. Here you will have options for up to an Intel Core i7-11800H or 8-core AMD Ryzen 7 5800H Mobile processor. Graphics are catered for by up to an Nvidia GeForce RTX 3060 Laptop GPU 6GB, or an AMD Radeon RX 5500M GPU. 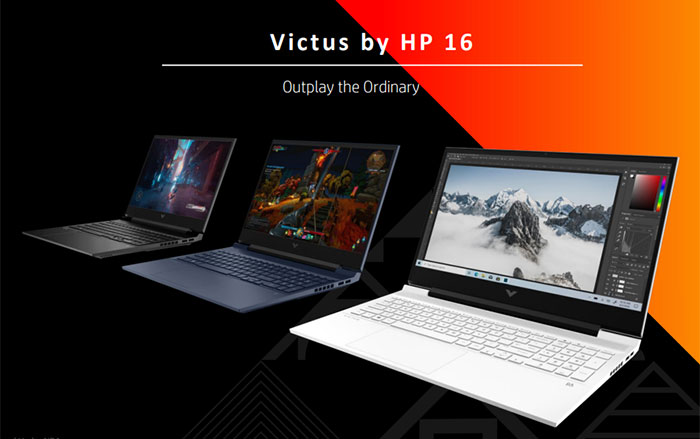 You will see that the Victus carries over lots of HP Omen gaming tech, and this 16-inch machines, like its HP Omen brother, has been created in a near 15-inch form factor. HP hopes to appeal beyond gaming with this brand too, and has decided to offer the machine in Mica Silver, Performance Blue, Ceramic White with backlit keyboards (as standard). HP has squeezed keyboards with numpads into these more generalist/lifestyle machines. Up to QHD display options are available again, but as per above the max GPU spec is on a par with the Omen series lowest specs. Meanwhile, the lowest GPU spec for this Victus 16 laptop appears to be an Nvidia GeForce MX350. 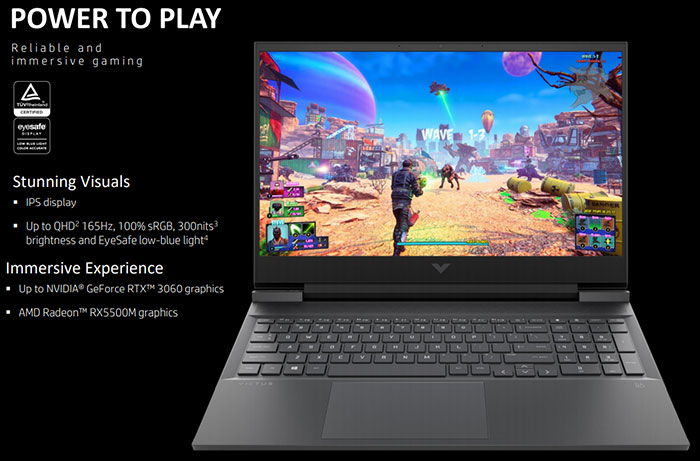 Lastly, on the software front, HP is introducing Oasis as a destination in its Omen Gaming Hub software. Oasis adds community features to the hub, which features to help organise game nights for up to 16 friends, with either high-quality voice or simple text chat, as well as live-streaming of real-time gameplay in high definition and low latency. It is a US beta only for now but will roll out worldwide soon. 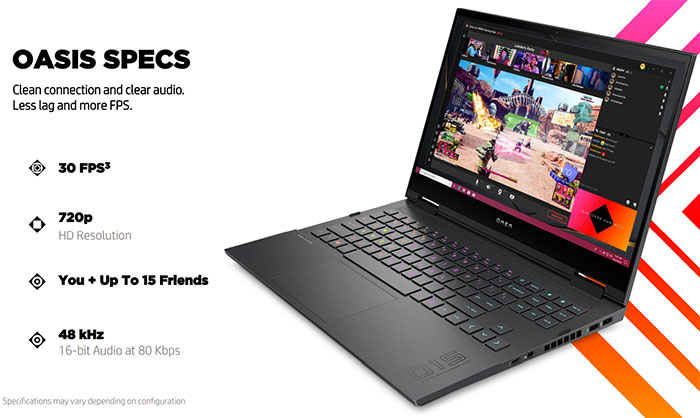 Some UK pricing and availability was relayed to me by HP, as below:

Posted by Core2Extreme - Fri 21 May 2021 17:18
The Omen 16 looks interesting. Zen 3 CPUs (the 5000 HX series are Zen 3, right? It's confusing how some of the 5000 series are Zen 2), some potentially interesting screen options (wish the article said what the aspect ratio was), and it looks like HP is even releasing it with full-height arrow keys - hallelujah! The Mobile RX 6000 GPUs are also interesting, even if it's too early to say if it will make sense over the GeForce options. At least more RX 6000 GPUs will be showing up in the wild.

I wonder if the 3050 Ti instead of 3060 in the AMD model is so they can be offered at the same starting price, e.g. the AMD CPU costs more than the Intel one, so the entry level option on the GPU is a bit lower?

It's disappointing that the Omen 17 is Intel-only. Doesn't matter to me as I have no need for something as powerful as a GTX 3080, but it would be nice for those who do want the most powerful GPU to also be able to get the most powerful CPU.