Asus has announced that it has updated the bulk of its CES 2021 gaming laptop portfolio with options for the new mobile Nvidia GeForce RTX 3050 and 3050 Ti. There are some obvious omissions like the premium ROG Strix Scar series (would be a mismatch with the RTX 3050), but 11 laptop series have been updated in all. Updated highlights include the eminently portable and flexible ROG Flow X13 2-in-1, the ROG Zephyrus M16 featuring a 16-inch WQHD 16:10 screen with minimal bezels, and those on the tightest budgets can consider the updated TUF gaming laptops with up to 17-inch screens.

Some of the new Asus machines also come packing options for Intel's newest mobile processors, the 11th Gen Core 'Tiger Lake' H chips that were announced just yesterday. The AMD options in the Asus gaming laptop range sport up to the Ryzen 9 5900HS. 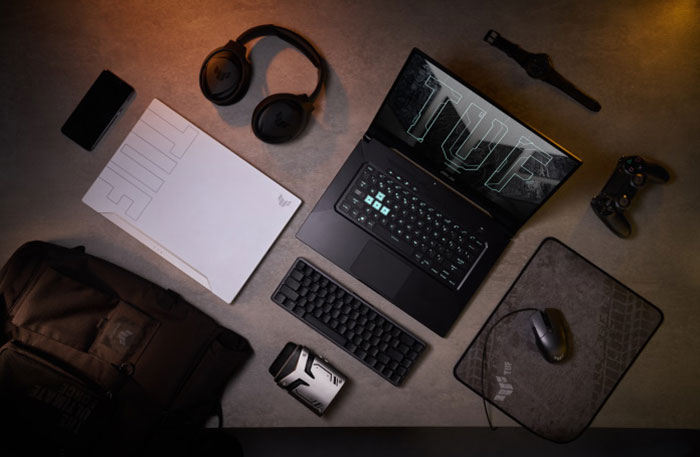 One of the new attractions sporting updates to both the CPU and GPU options in the wake of yesterday's announcements is the ROG Zephyrus M16. As mentioned above in the intro this is built around a 16-inch WQHD 16:10 screen and Asus has reduced the bezels to make this laptop more compact than last year's 15-inch Zephyrus. Other key display qualities are the 165Hz/3ms and 100 per cent DCI-P3 gamut. Despite the bezel reduction it still features a Windows Hello webcam. This new 1.9kg machine packs the Intel Core i9-11900H with up to 48GB DDR4 RAM and 2TB PCIe 4.0 SSD storage. GPU options include the GeForce RTX 3070, 3060, and 3050 Ti. 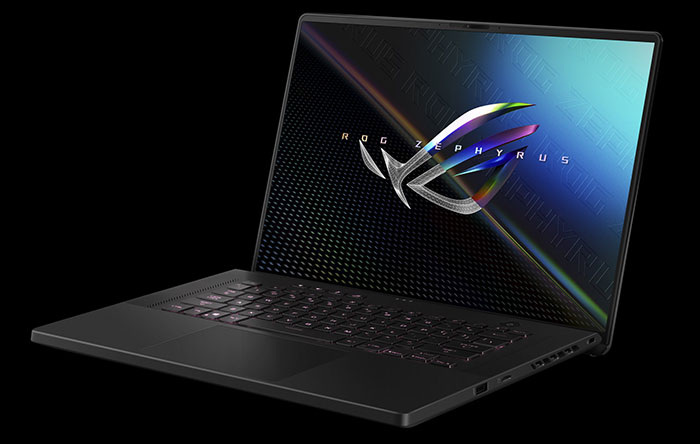 Another new/refresh device grabbing my attention among the announcements from Asus in on Tuesday is the premium ROG Zephyrus S17 gaming laptop. This doesn't come with a GeForce RTX 3050/Ti option (RTX 3060, 3070, and 3080 versions are available) but it does feature a new Intel TGL-H CPU – your choice of Core i9-11900H or Core i7-11800H.

One of the unique features of the Zephyrus S17 is its ROG Intelligent Cooling tech which leverages; Asus latest Arc Flow fans, six heatpipe, liquid metal thermal compound, and the innovative AAS Plus technology. AAS Plus can be seen in action in the above image where, as you lift the lid, the keyboard rises to a 5° angle, opening broad vents that increase intake airflow by 25 per cent. Asus says that AAS Plus "brings outsized cooling and performance to the super-slim system," which is commendable – it also keeps the keyboard deck cool in this sub-20mm thick system. 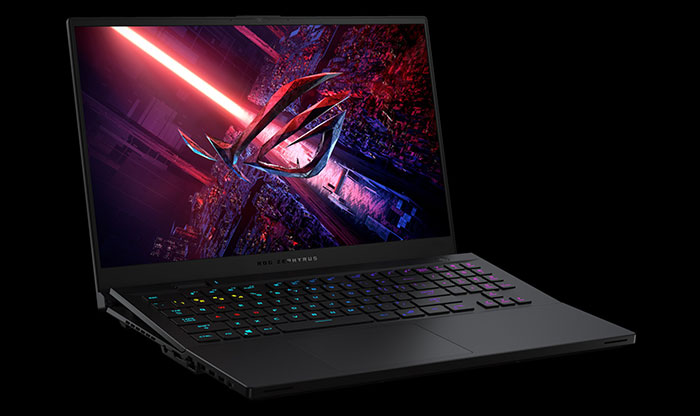 If you want to read about any of the above laptops in greater depth, hit the official links I have inserted above. Hopefully we will get some of these tasty gaming portables in the labs in the coming weeks to test the appeal of new components like the Nvidia GeForce RTX 3050/Ti GPUs and the six- and eight-core 11th Gen Core 'Tiger Lake' H CPUs.