Samsung hosted an Unpacked event a few hours ago and it was all about new thin and light laptops. All the new Galaxy Book designs feature Intel 11th gen Core processors and where they have discrete graphics they are from Nvidia. Samsung presented its new devices as the answer to the question – "Why can't laptops be more like smartphones?" 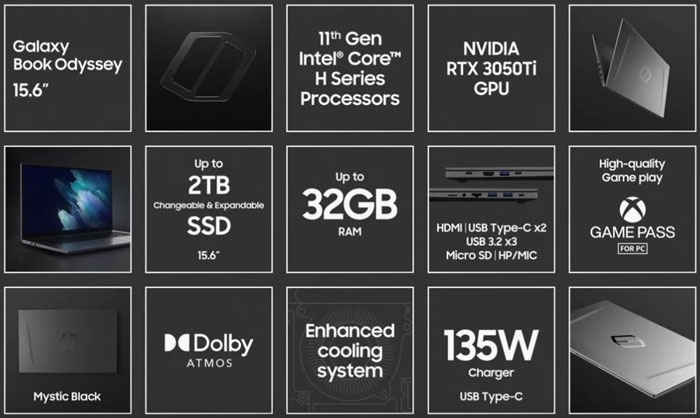 As per our headline the Samsung Galaxy Book Odyssey is the first to officially launch with the Nvidia GeForce RTX 3050 Max-Q and 3050 Ti Max-Q GPUs as options. Unfortunately Samsung doesn't spill any further details about these GPUs, but we have seen them in more revealing circumstances before. 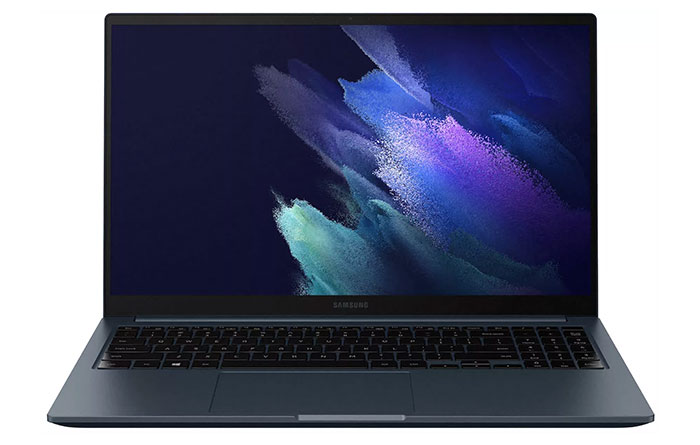 Samsung has partnered up this GPU in its 15.6-inch Odyssey with an H-Series mobile processor from Intel – more powerful than other new Galaxy Book laptops that were announced. Additionally, there has been some major redesign compared to the Galaxy Book brethren in the cooling department. Samsung's 'enhanced cooling system' will have to cope with the higher watt processor, as well as a GPU that can be configured with a TGP of between 35 – 80W.

Buyers can configure RAM up to 32GB and dual-storage up to 1TB NVMe SSD. Ports are plentiful considering the slim design and include; two USB Type-C (one required for the 135W charger) and three USB 3.2 ports, along with HDMI, microSD and Gigabit Ethernet support. Having mentioned networking there is also Wi0Fi 6 and Bluetooth 5.1 on board.

If you are interested in purchasing the Samsung Galaxy Book Odyssey you will have to wait until August when it will be available in select markets with pricing starting from US$1,399.