Dell/Alienware has launched its first gaming laptop based upon an AMD CPU since 2007. In a blog post on the Alienware Arena we are reminded that those AMD Turion 64 based laptops were released in the era of the Halo 3, The Orange Box, World of Warcraft: The Burning Crusade, and Call of Duty: Modern Warfare. Are they trying to make us feel old?

The new Alienware m15 Ryzen Edition R5 features an AMD Ryzen 5000 H-Series mobile processor and, just like the recent R4 versions of this laptop, the processor is accompanied by an Nvidia GeForce RTX 30 Series laptop GPU. 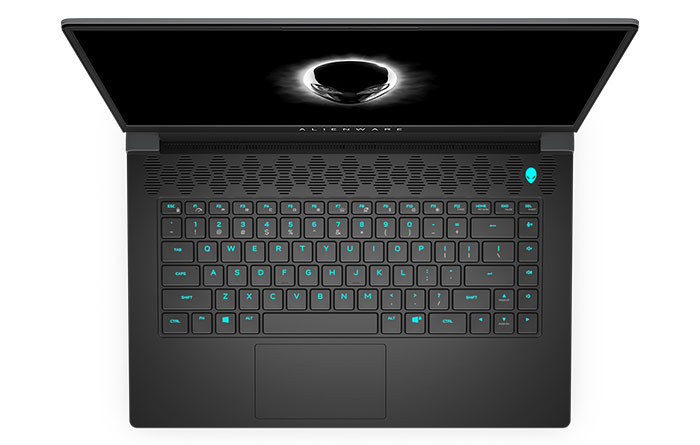 Another feature introduction with the Alienware m15 Ryzen Edition R5 is something called 'Dark Core'. Basically this design feature "darkens the interior shade of the laptop to minimize distractions and keep your head in the game." So I guess it tunes down the RGB lighting etc.

Dell says that the Alienware m15 Ryzen Edition R5 will be available in the U.S. with select configurations from 20th April starting at $1793.98. There is no word on a 17-inch version.

If the Alienware range is a little pricey for your sensibilities (or wallet) then Dell would like to direct you towards the Dell G15 Ryzen Edition laptop. Obviously this too has had a Ryzen powerplant upgrade and the key features are bullet pointed below:

Dell seems quite impressed with itself with the choice of finishes available for the new G15. Four finishes will be selectable; Dark Shadow Grey, Spectre Green with Speckles, and Phantom Grey with Speckles, with Obsidian Black coming later this spring. 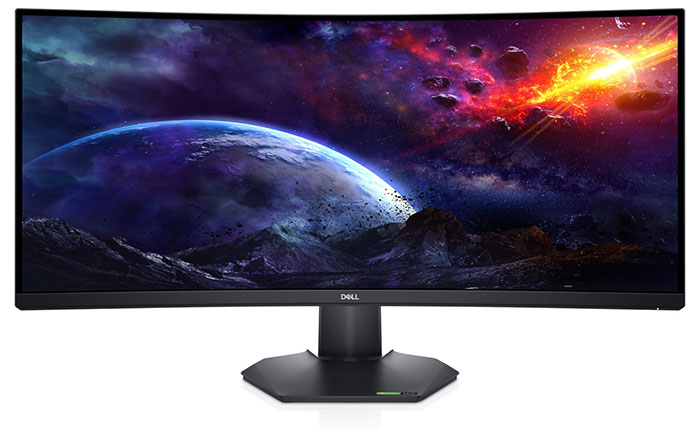 Dell also launched a quartet of curved gaming monitors yesterday. The monitors range in size from 25 to 34-inches and feature fast refresh rates, FreeSync compatibility, and all but the smallest one are QHD.

Posted by rave_alan - Fri 09 Apr 2021 00:10
Green laptop, that is something like vaio style. I guess dell will compete with Asus “scar” laptops, good to have a choice.
Posted by Core2Extreme - Sat 10 Apr 2021 17:28
Good keyboard layout on the Alienware. It's basically the same as my 2007 Dell, which I've continued to use occasionally in part because of the great ergonomics and keyboard. It's a pity the G15 still has half-height arrow keys. Gaining a numpad isn't worth that sacrifice.

If they ever get the keyboard layout right on a G15 successor, now that it has Ryzen and still has upgradeable memory, it would probably be my first choice for a laptop. They've got about two years until I might be considering replacing my current MSI.
Posted by ik9000 - Sat 10 Apr 2021 17:55

heuxs
Another feature introduction with the Alienware m15 Ryzen Edition R5 is something called ‘Dark Core’. Basically this design feature “darkens the interior shade of the laptop to minimize distractions and keep your head in the game.” So I guess it tunes down the RGB lighting etc.

ROFL. Whoever wrote that marketing guff needs to be let go. If that's the best you can find to write about it doesn't bode well. It's like when car advertisers don't want to talk about the driving of the car, but want to major on its “uniqueness” or similar tangential aspects. You know it's probably not worth a test drive! This lappy seems to have potential, so don't detract from guff about LED dimming which we've had for a decade now.
Posted by kimberlyjose - Tue 13 Apr 2021 13:07
Good stepping stone to Ryzen 6000 series which will support USB 4