As we edge nearer to CES 2021 the tide of technology teasers is getting stronger. Asus is a major player in PCs and components so it has been interesting to see it step up its pre-show publicity in the last few hours. In particular both its TUF and ROG laptop product portfolios look set to receive significant upgrades next week. 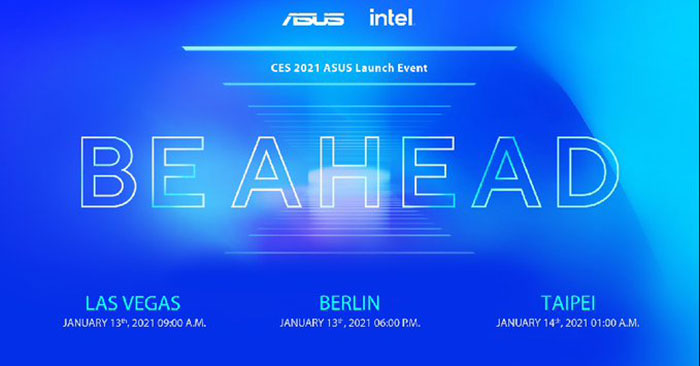 At the weekend Asus announced that it would host its 'Be Ahead' launch event on Wednesday 13th January at 9am PST (5pm UK time). This looks set to be a consumer rather than gamer-focussed presentation. In recent hours it has added a teaser for new TUF Gaming laptops at CES 2021. It simply Tweeted that "We're upgrading TUF, stay tuned".

The video above is modestly revealing for an Asus teaser. The new 'Slim. Light. Fast' TUF laptops appear to borrow some design cues from the premium Zephyrus range in 2021. The trickle down of premium design can't be complained about. A new sharper, cleaner and flatter look might help the range look less like a gamer-cliché. Another highlighted change in the video is that the cooling design has received an overhaul. The 2020 Asus TUF laptops came in for some criticism, particularly for poor thermals, which isn't at all good for a gaming laptop which has to run at full-pelt for prolonged sessions.

The TUF teaser suggests that these gaming laptops will be revealed ahead of the Be Ahead event. Perhaps they will be showcased at some gaming focussed event which isn't 'sponsored by Intel' given the AMD CPU rumours? In mid-December HEXUS reported upon a leaked Asus TUF laptop with an AMD Ryzen 7 5800H CPU, and an Nvidia RTX 3060 Mobile GPU, as listed by a European retailer. We have seen previous leaks of Ryzen 5000 Mobile CPUs and the RTX 30 Mobile series of GPUs.

Moving along we see that ROG Global has a reveal teaser again mentioning the 12th January date, and 10am PST (6pm UK time). This teaser is less informative, providing a glimpse of a laptop wrist rest area, and some sci-fi imagery with spacemen and satellites. However, there is a sneaky text reveal of 'ROG X13' at the end (see above), pointing towards a possible new 13-inch gaming portable.

I have to agree with excalibur

The last laptop I bought cost £3000, runs at 99 degrees cpu temp, caused me hearing loss because of the shrill fans, and has bad backlight bleed and a really low framerate